Last week was a smashing week in the studio as I had not one, not two but three Cake Smash and Splashes to shoot! The cleaning crew (aka Ernie one of my dogs) were working overtime!

First up Miss Millie was back for her final Grow with Me session of her first year. Then Miss Grace who was gifted the Cake Smash shoot for her first birthday by her gran. So she would have an experience to look back on rather than more plastic toys (so cool). And finally, Master Callum who I’d last seen as an itty bitty newborn came in to celebrate his first birthday.

I like to take some pictures whilst the little one is still clean so that they have some images they won’t hate when they are 18! 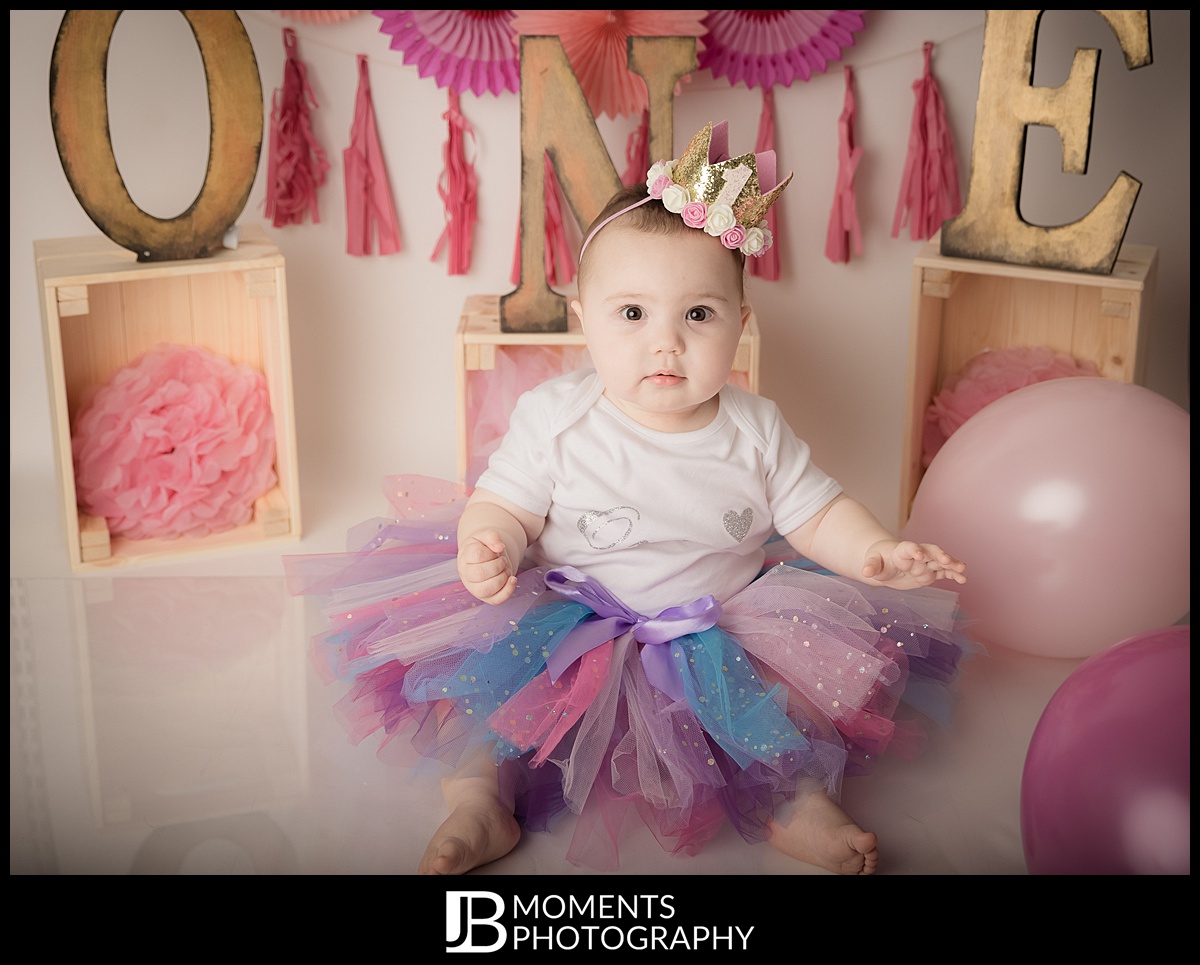 Miss Millie was tutu cute in her sparkly tutu and crown. 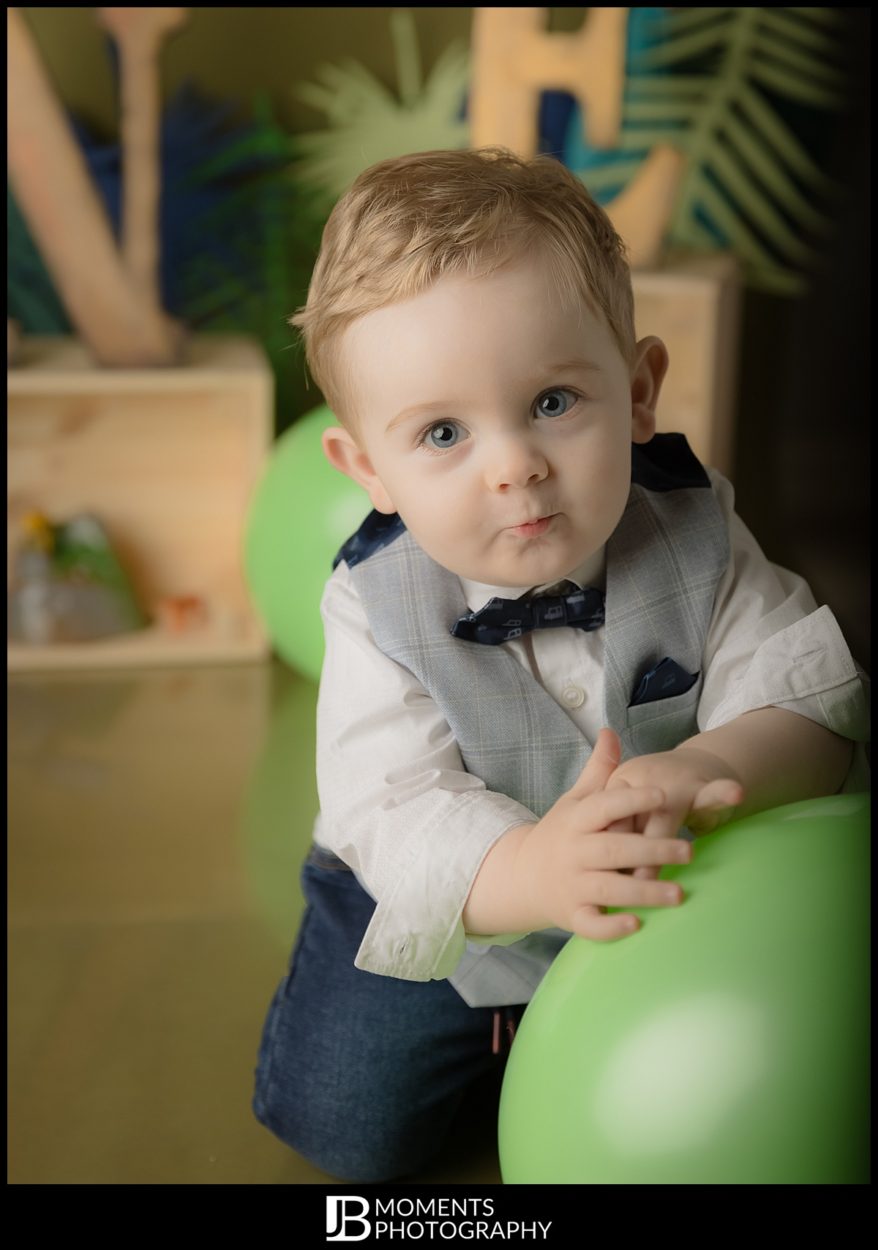 Master Callum looked so very dapper in his waistcoat and bowtie. 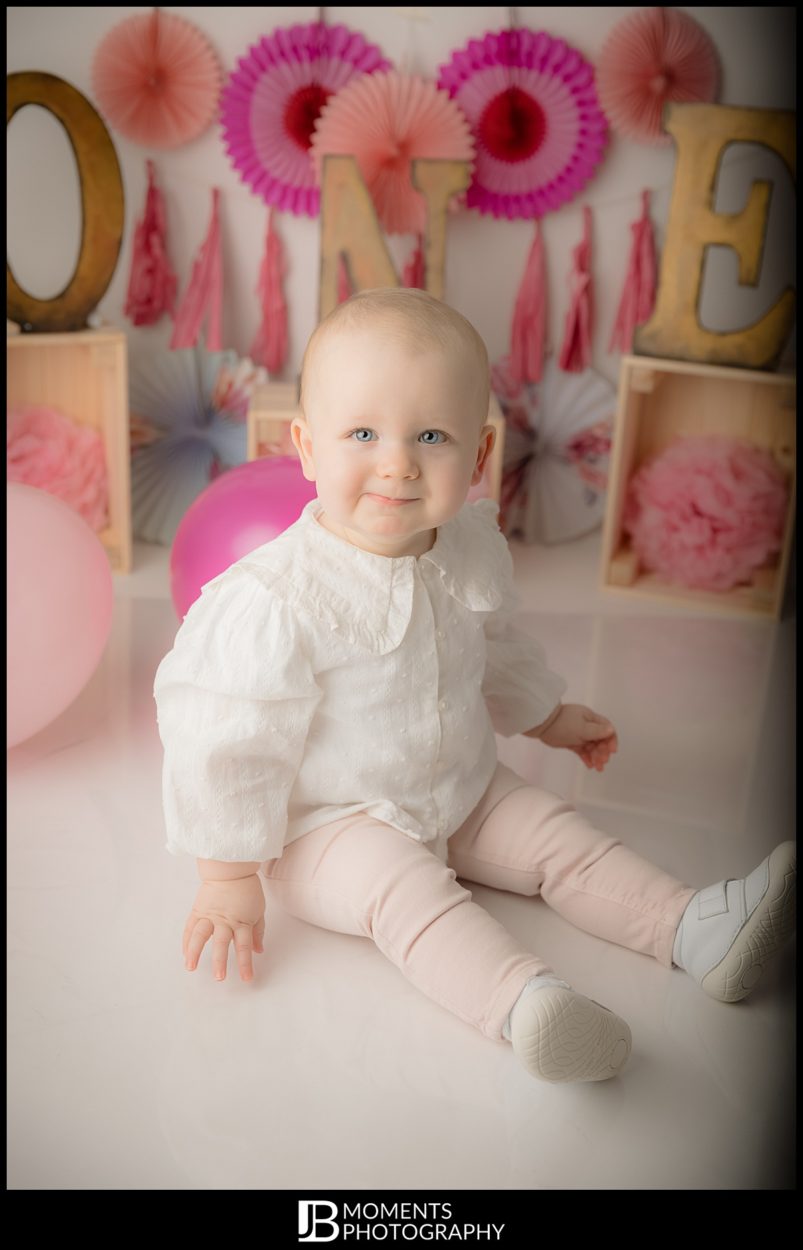 I always say to parents that kids don’t always react the way you want them to when they are presented with the cake. Especially if they haven’t really tried cake before.

I needn’t have worried with these three cake Olympians though!

The many faces of Millie

Miss Millie went through a full range of emotions during her cake smash. 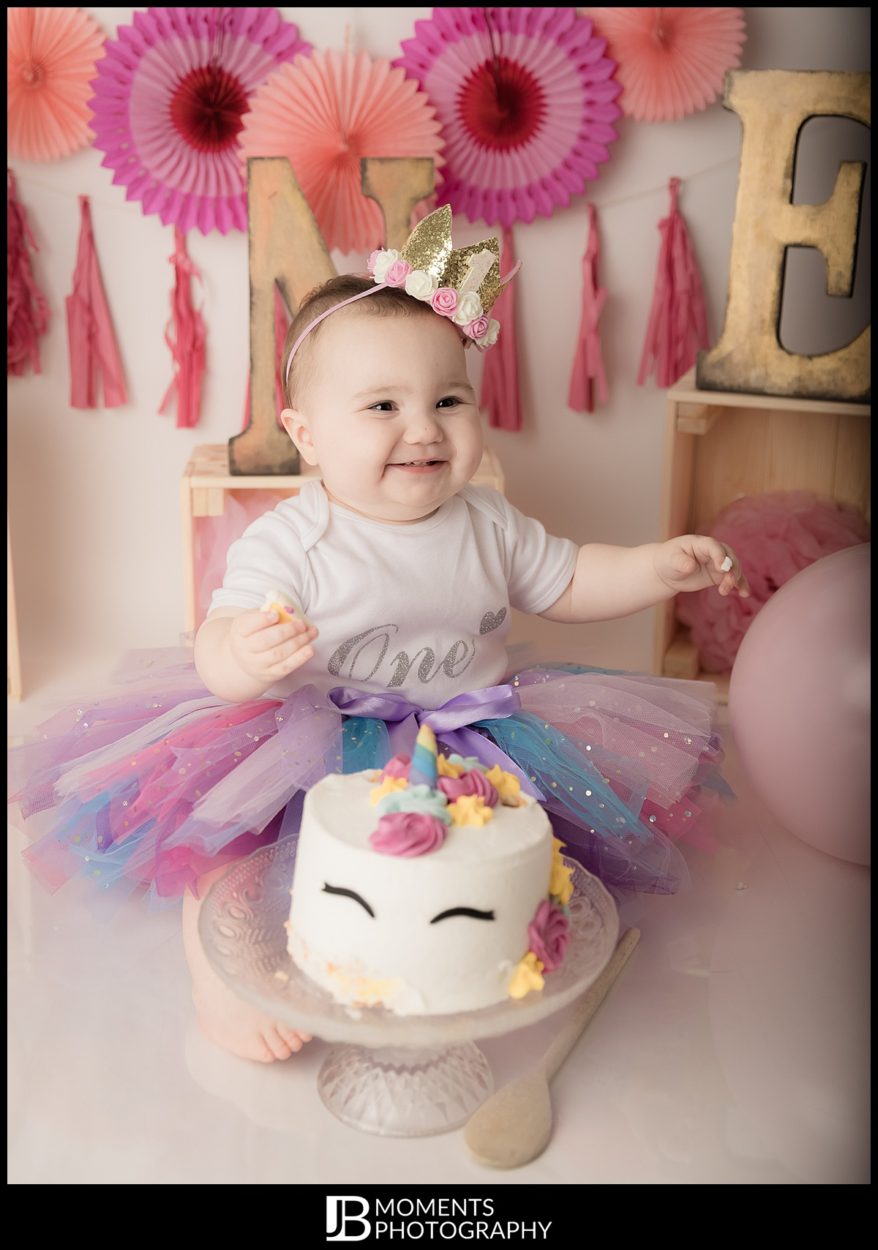 First, there was happiness. 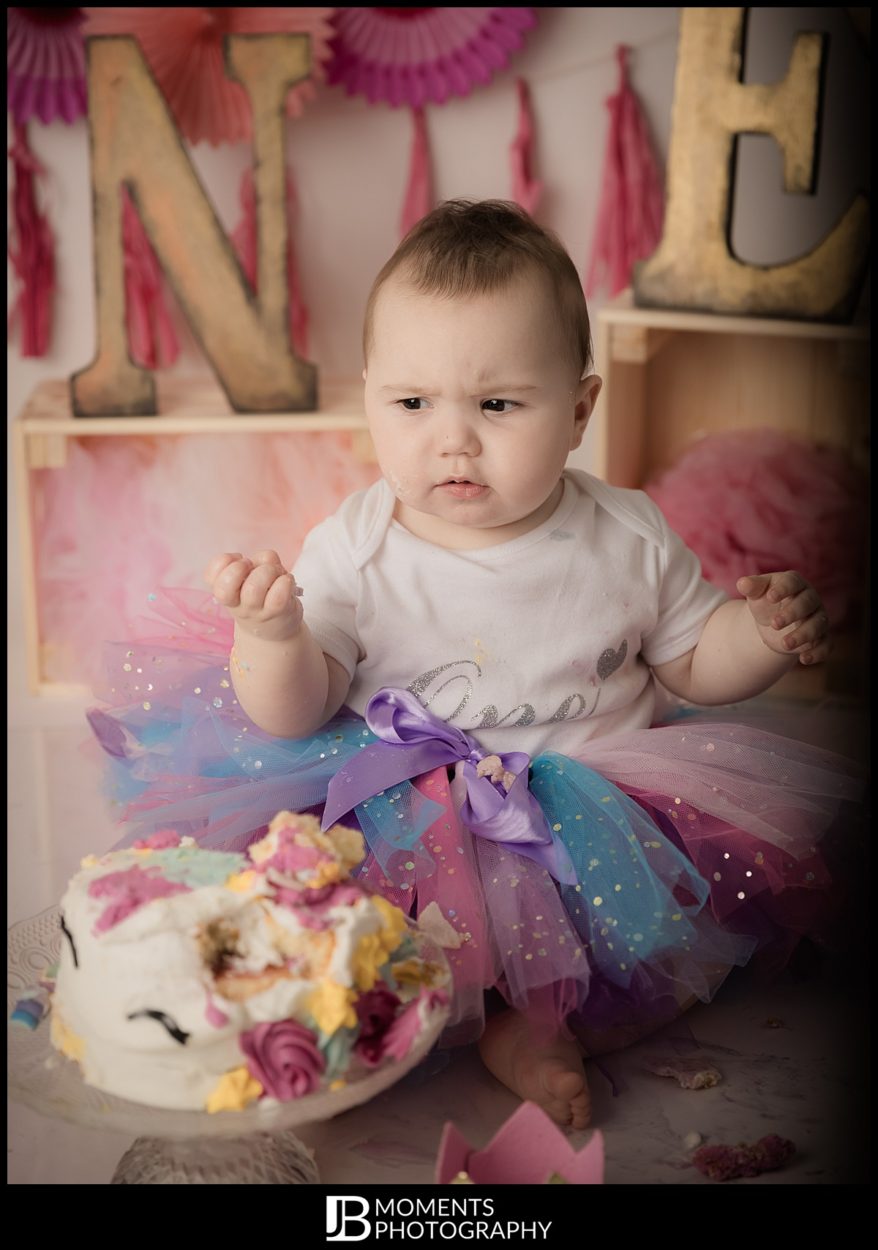 Then there was anger. 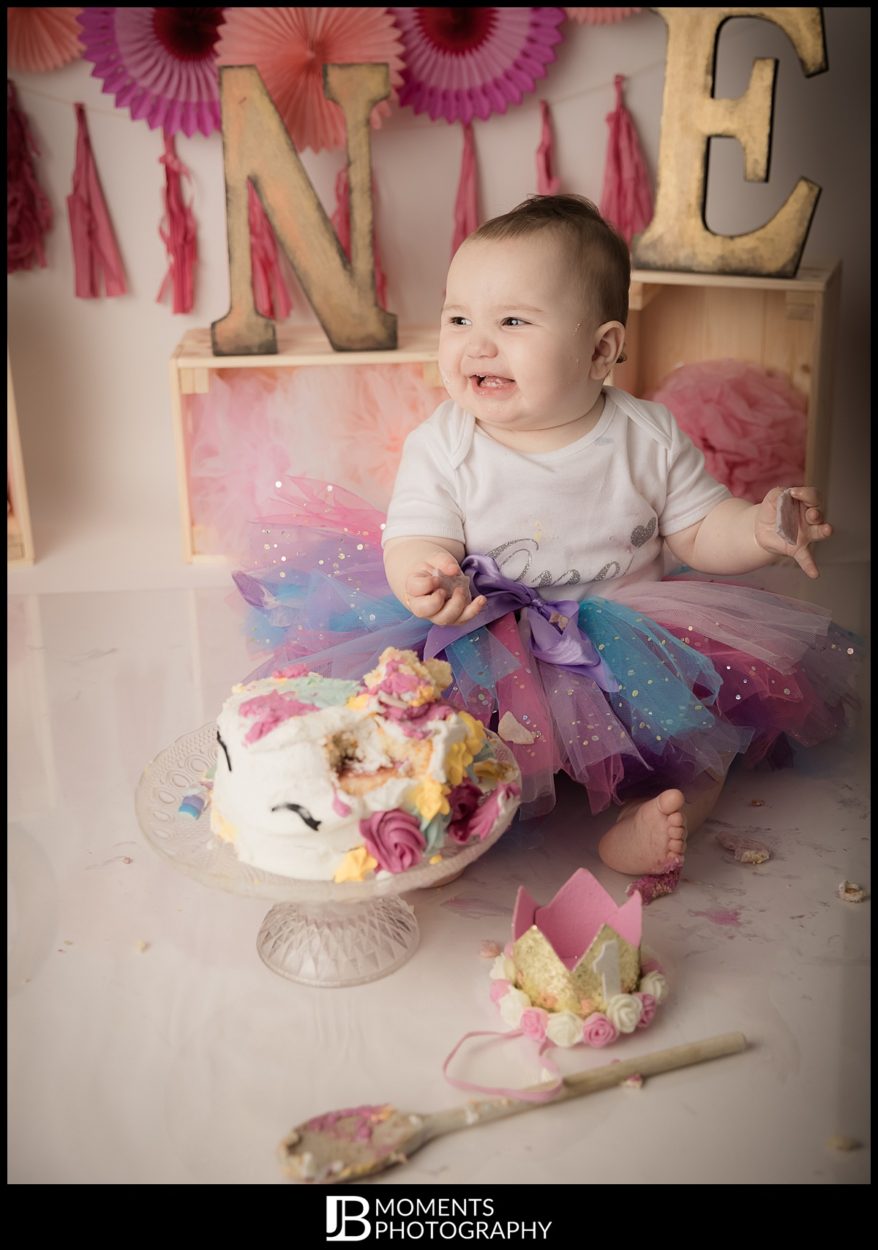 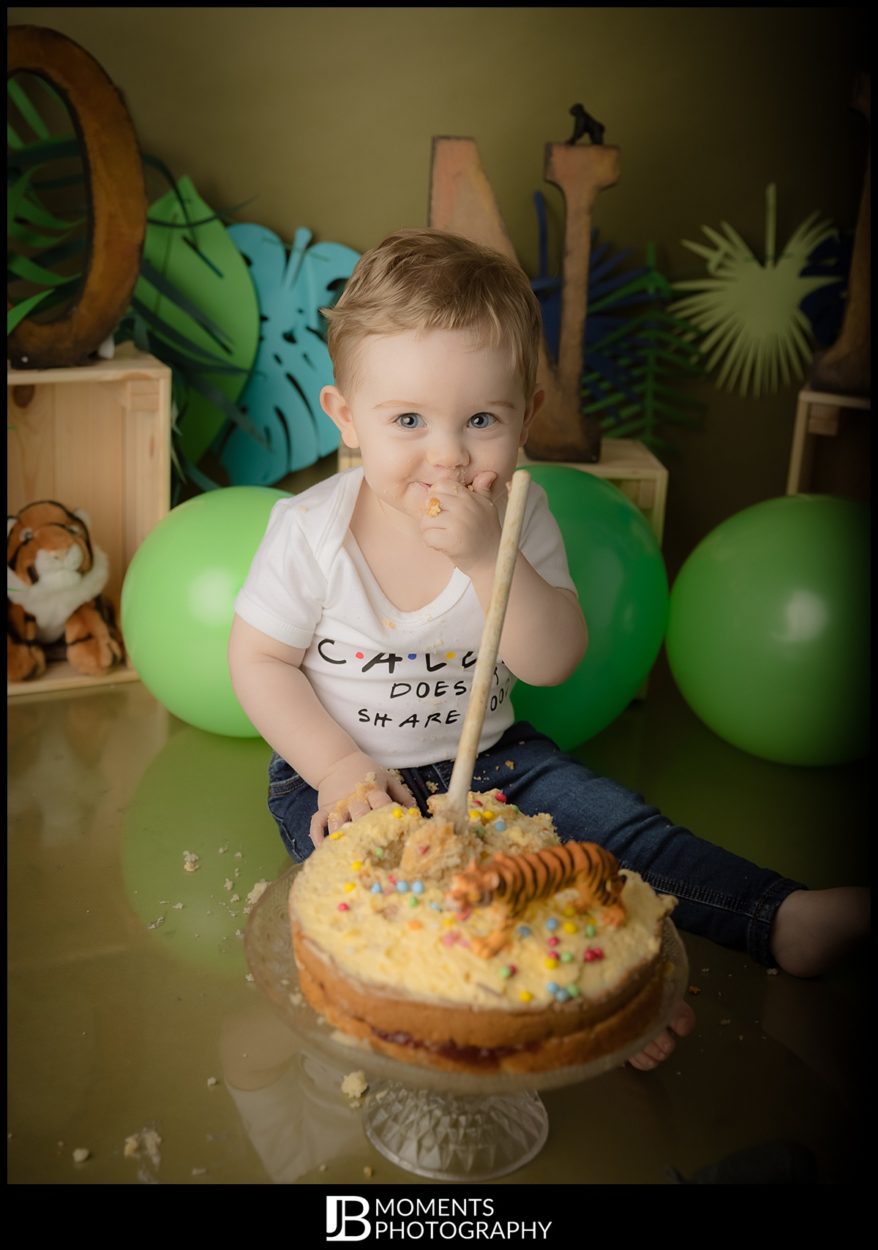 He sure likes cake though. 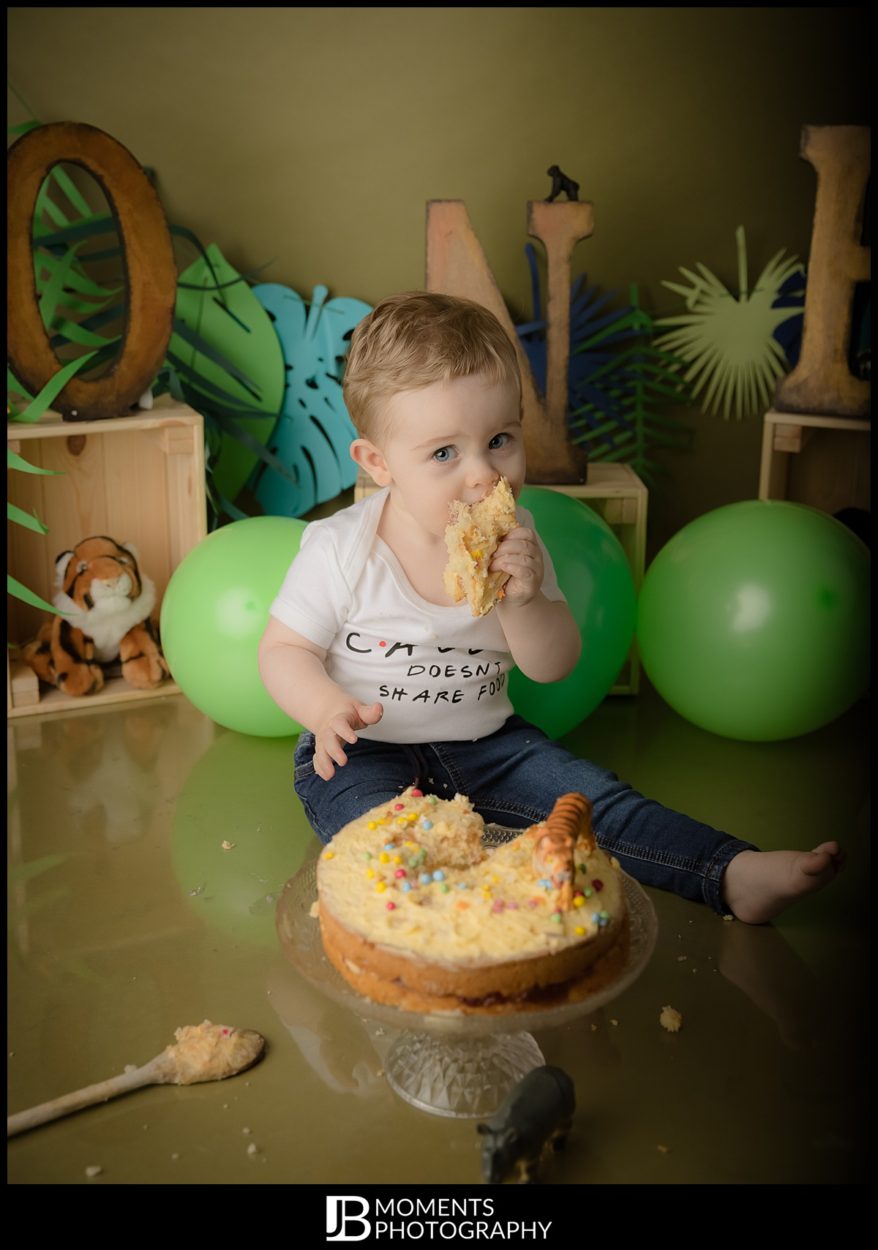 Great big handfuls of it! 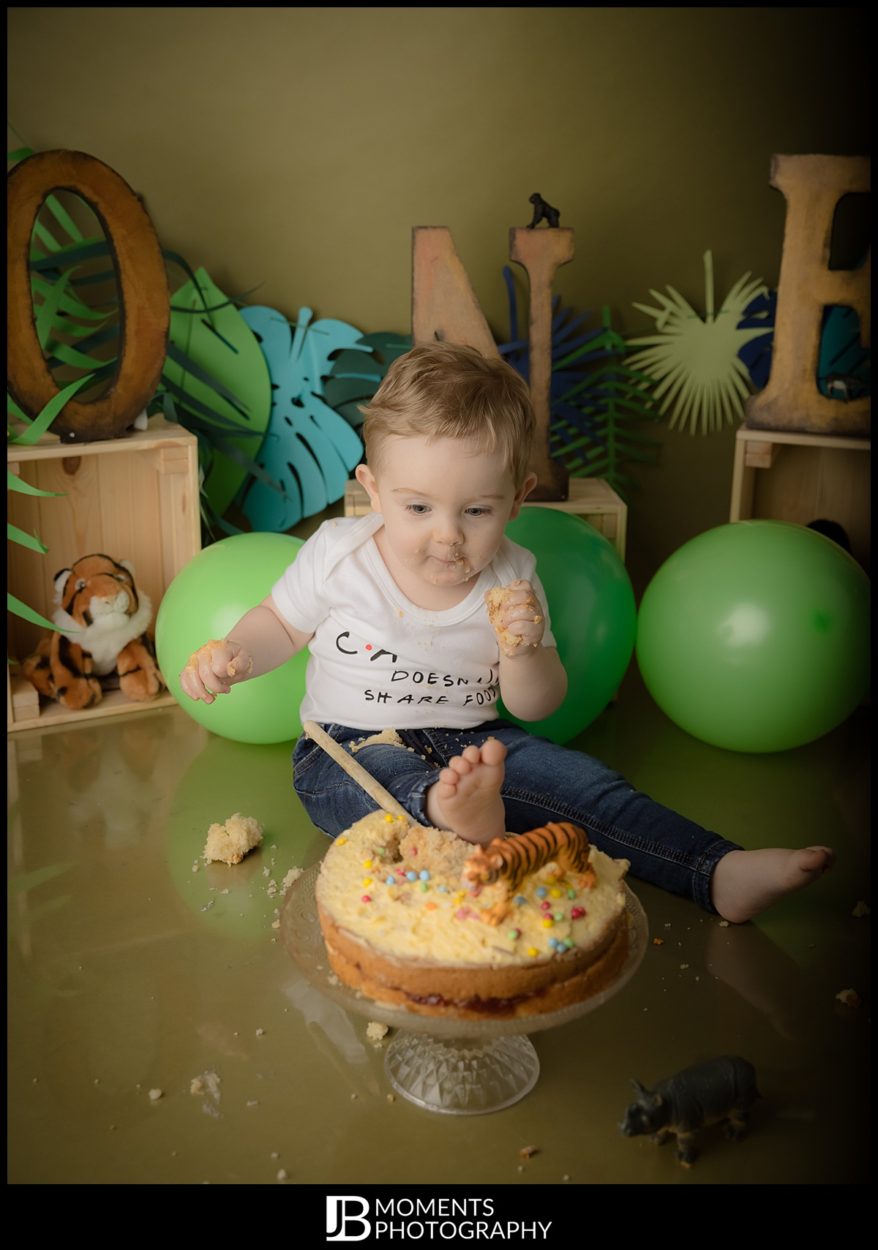 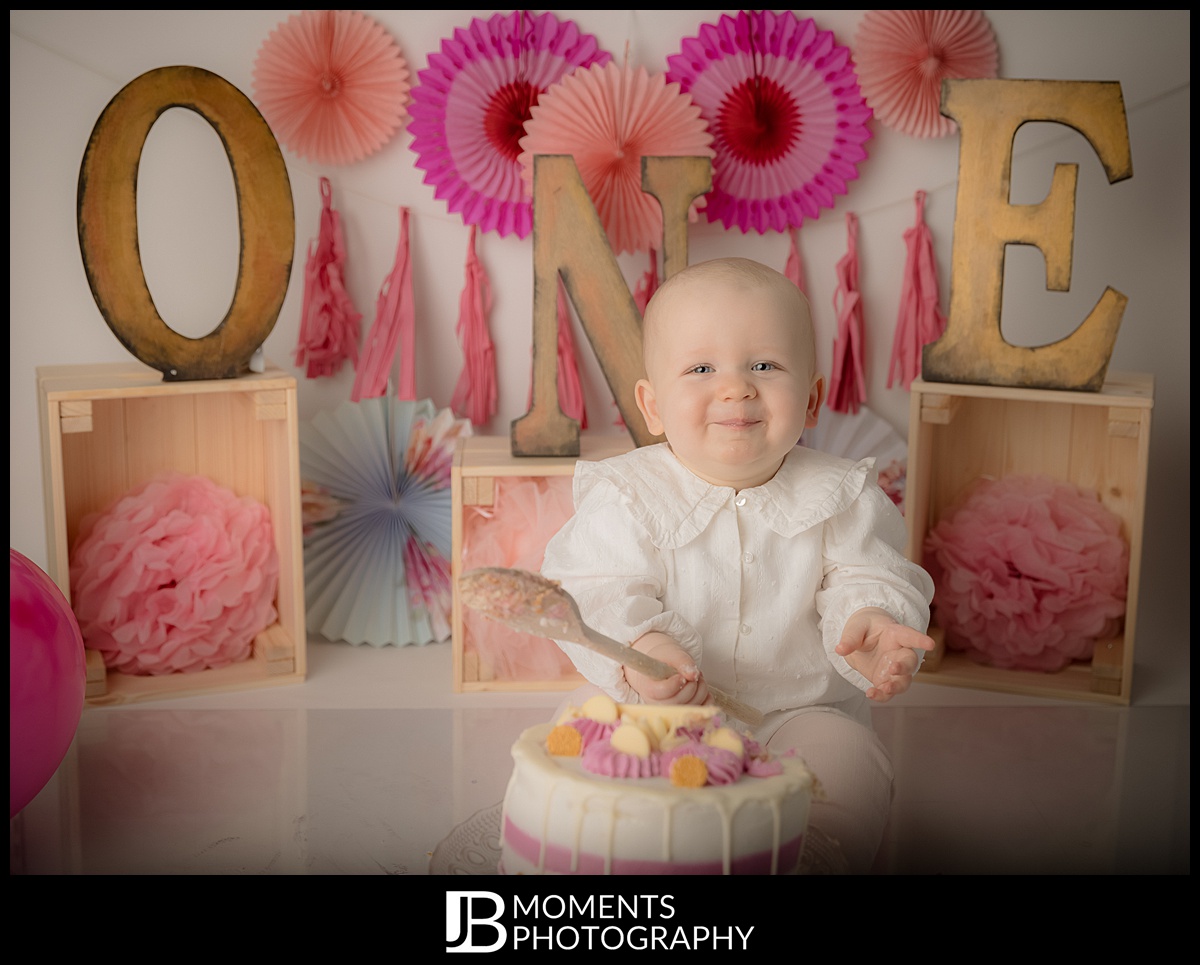 She was having a great time. 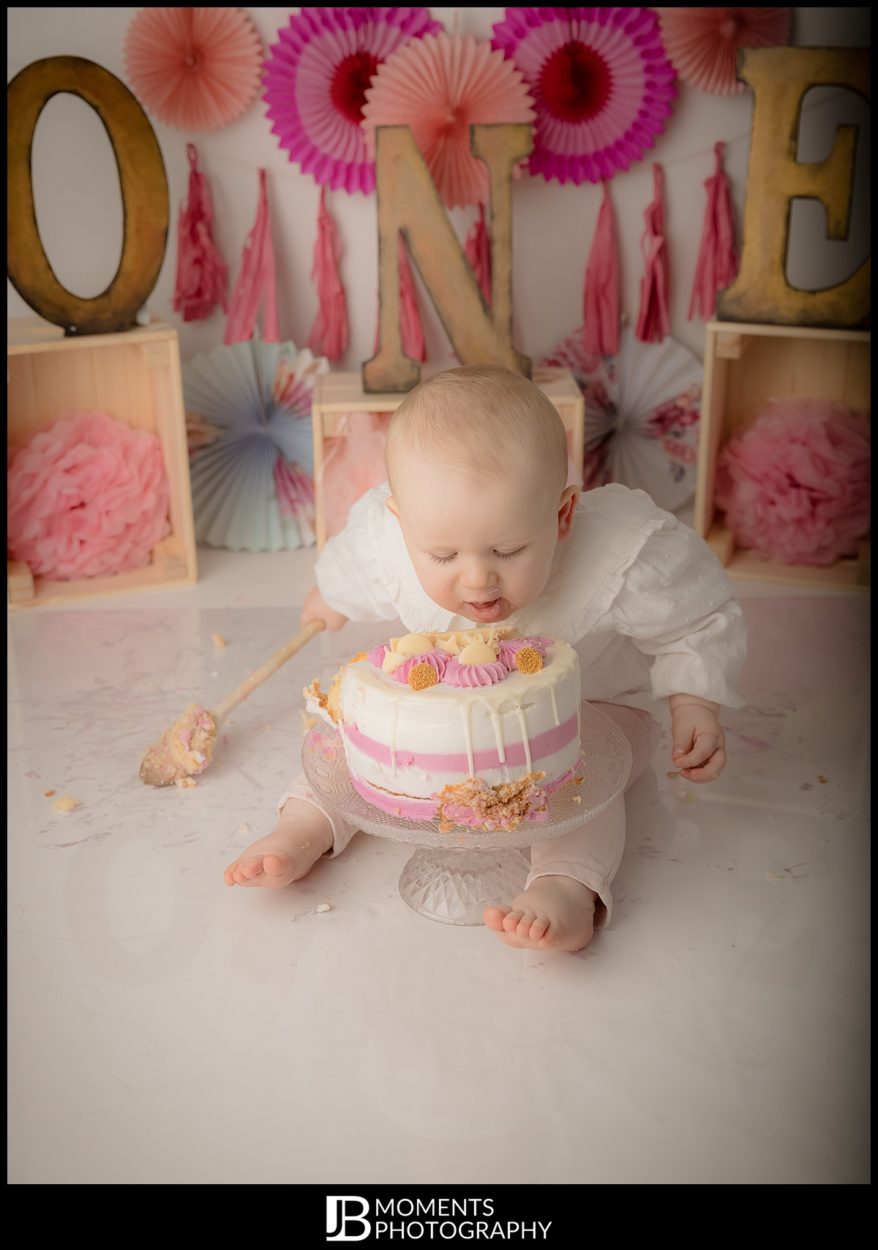 No need for spoons when you can eat it straight off the stand. 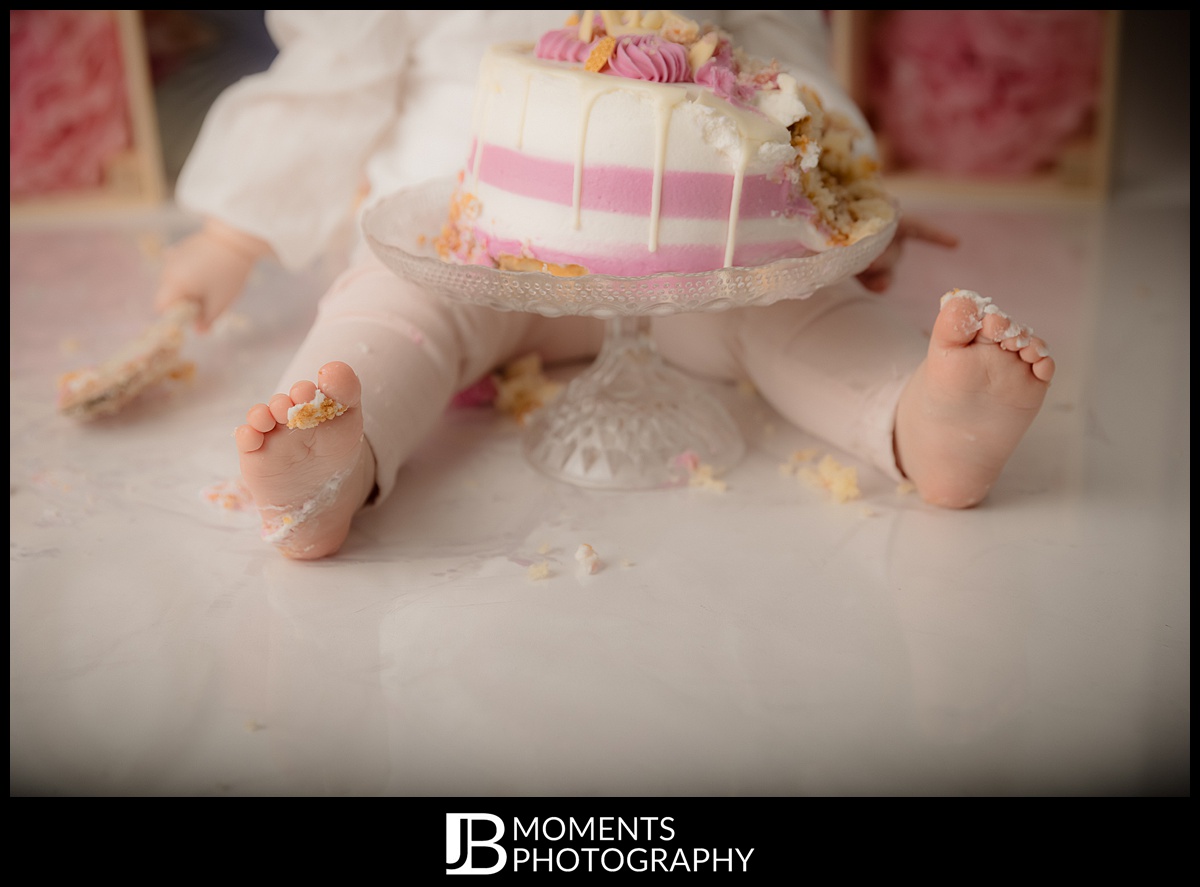 Miss Grace also liked putting her feet in the cake. 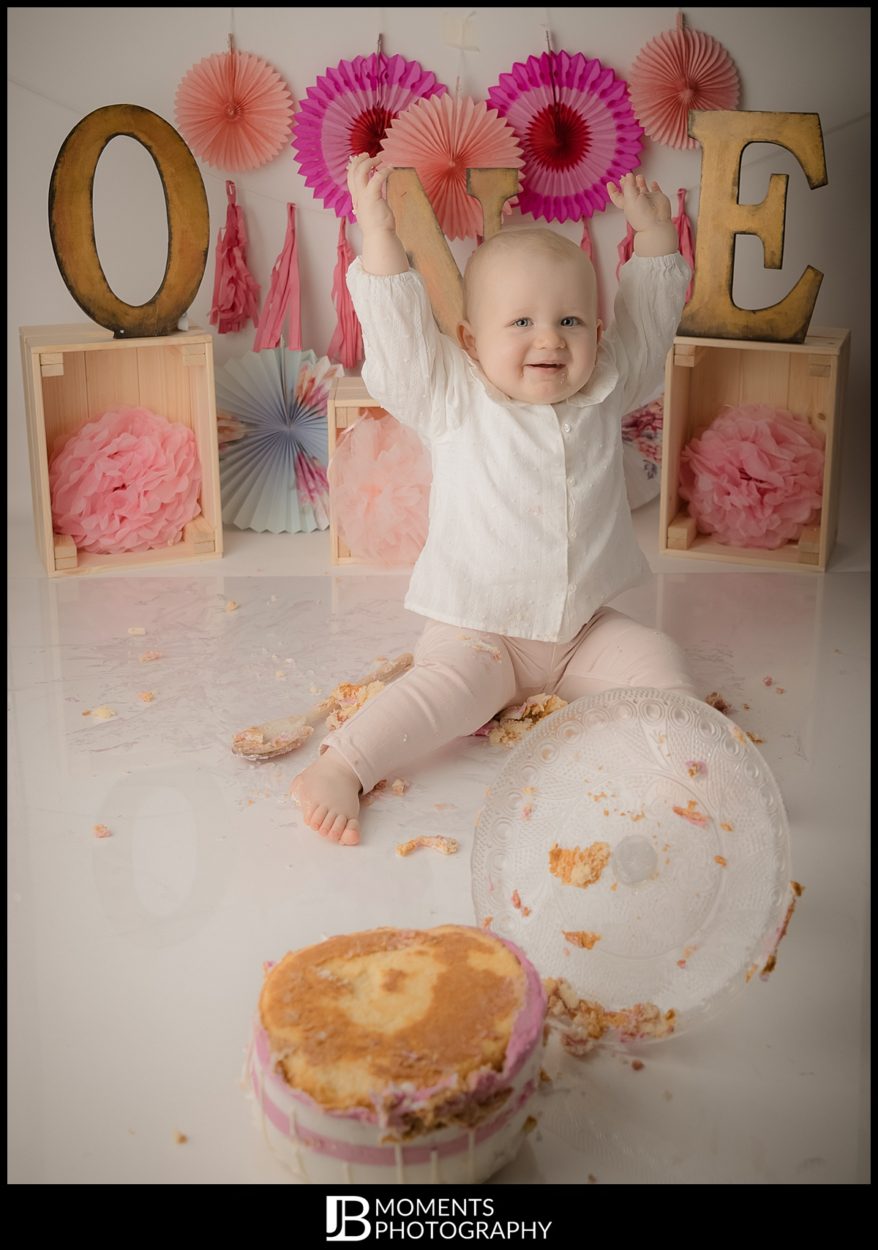 And was very proud of herself once she’d completely trashed the cake!

Splish Splash in the tub

With the exception of Miss Grace who really wasn’t feeling the bath the tin bathtub was filled with bubbles. The bubble machine was switched on and the rubber ducks were drafted in. 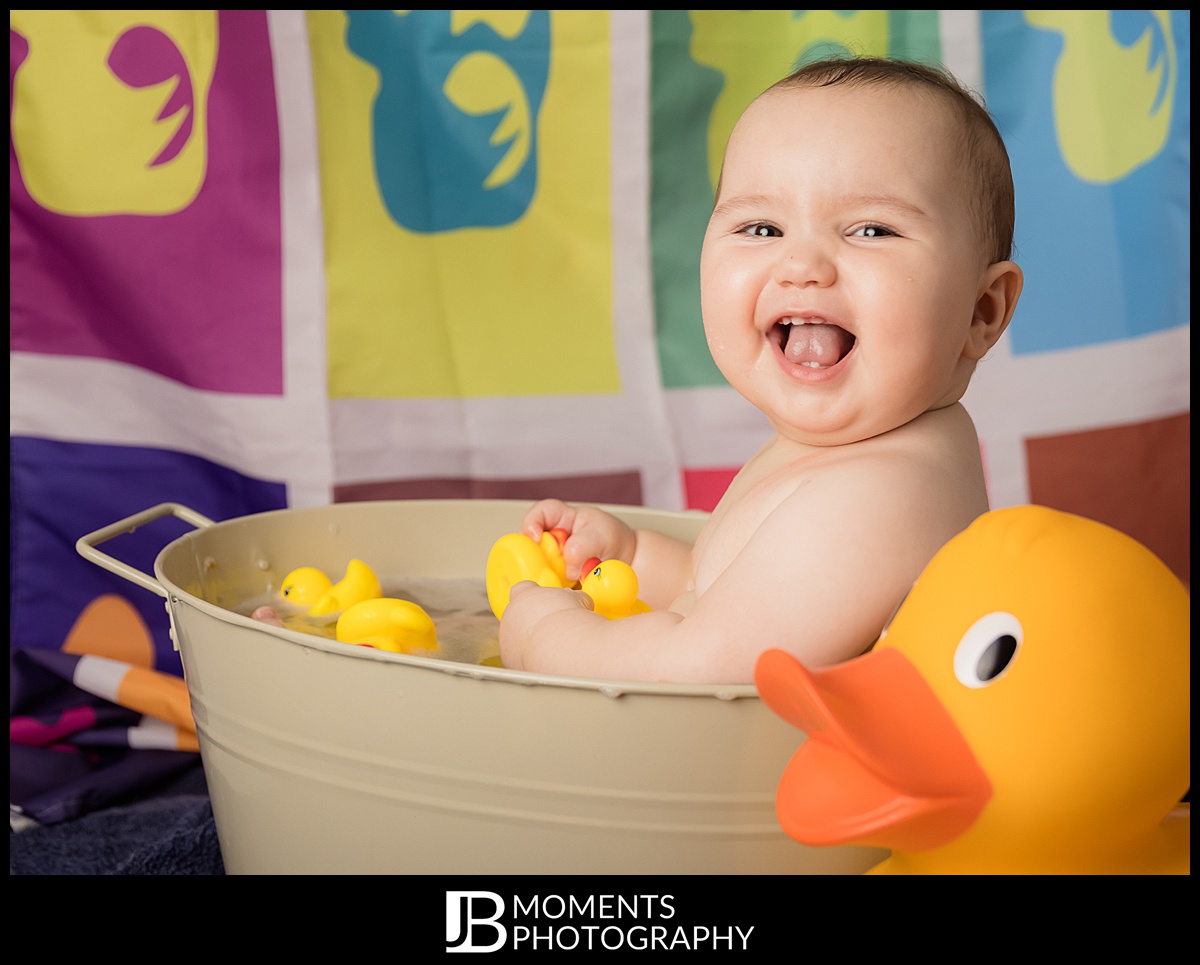 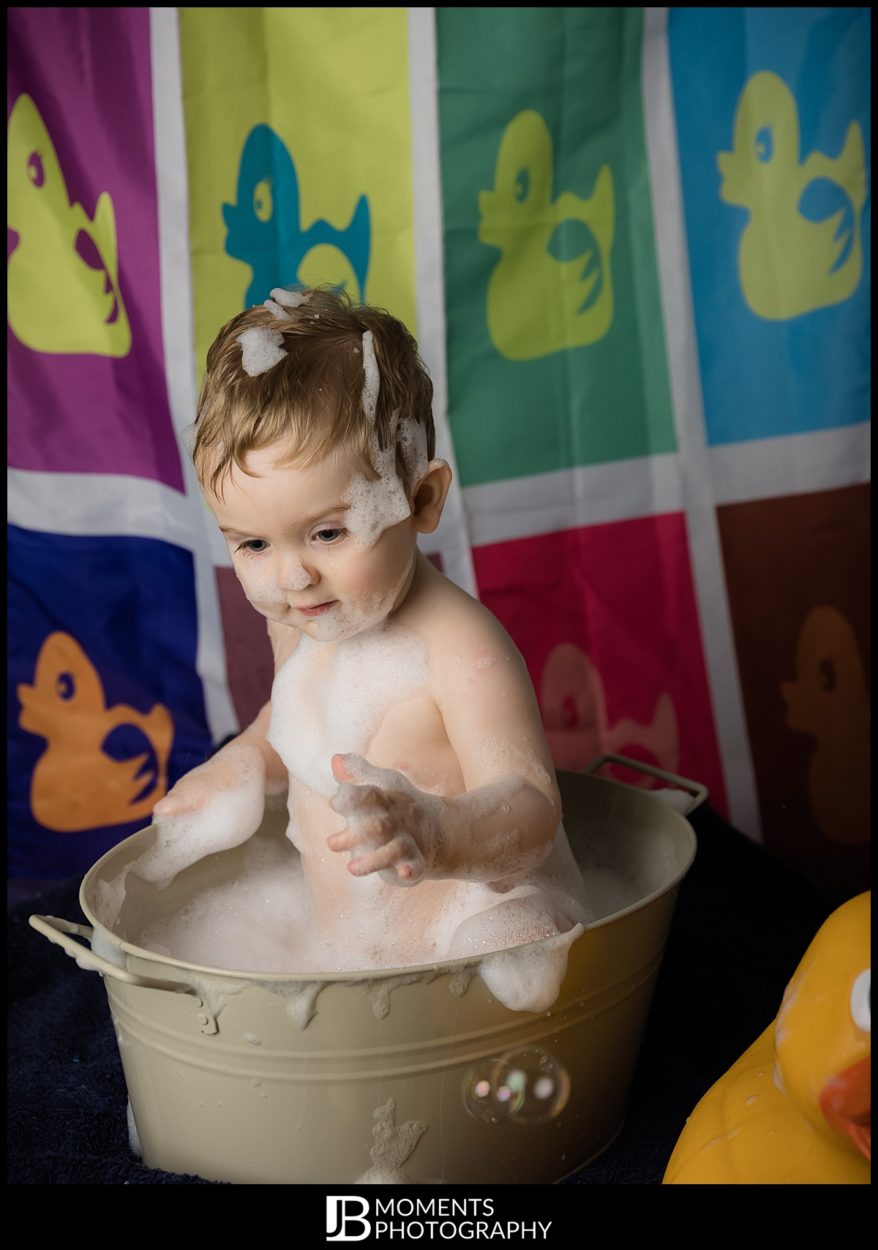 Master Callum got himself all in a lather!

I love doing these shoots. I’m not sure who ends up laughing the most. The parents or me.