As so many beautiful love stories start, Gillian was out on the town with friends from work and met Craig who was out with his pals. After a brief encounter, they exchanged numbers. Then they messaged back and forth for a good few weeks before finally meeting up for a date.
This was in December 2016. Four years and two kids later Craig proposed on Christmas Eve 2020. As Gillian is a massive Millies Cookie fan, Craig had ‘let’s get married” iced on a giant cookie with an engagement ring sitting in it!

I used to work with Gillian’s sister in the bank (small world). So when Gillian announced her engagement Pauline recommended me and I was booked 🙂 Now all I had to do was live up to the hype of someone else’s endorsement.

At their pre-wedding consultation, Gillian and Craig were so relaxed. They explained that along with their immediate families they go and stay at Crieff Hydro once a year for a long weekend and this year was going to be no different. Except on the Saturday, they were going to get married!

They wanted natural unposed pictures from the day. Now when couples say this to me I like to dig a little deeper. It’s very rare that couples want pure ‘fly-on’the-wall’ photojournalistic images but that they want a little direction and a lot of fun to make the pictures natural. My wedding couple was in the latter category. I was excited – my favourite kind of wedding!

When I arrived at the gorgeous lodges the family was staying at everybody was still getting ready so I whipped out my camera and started capturing some details. 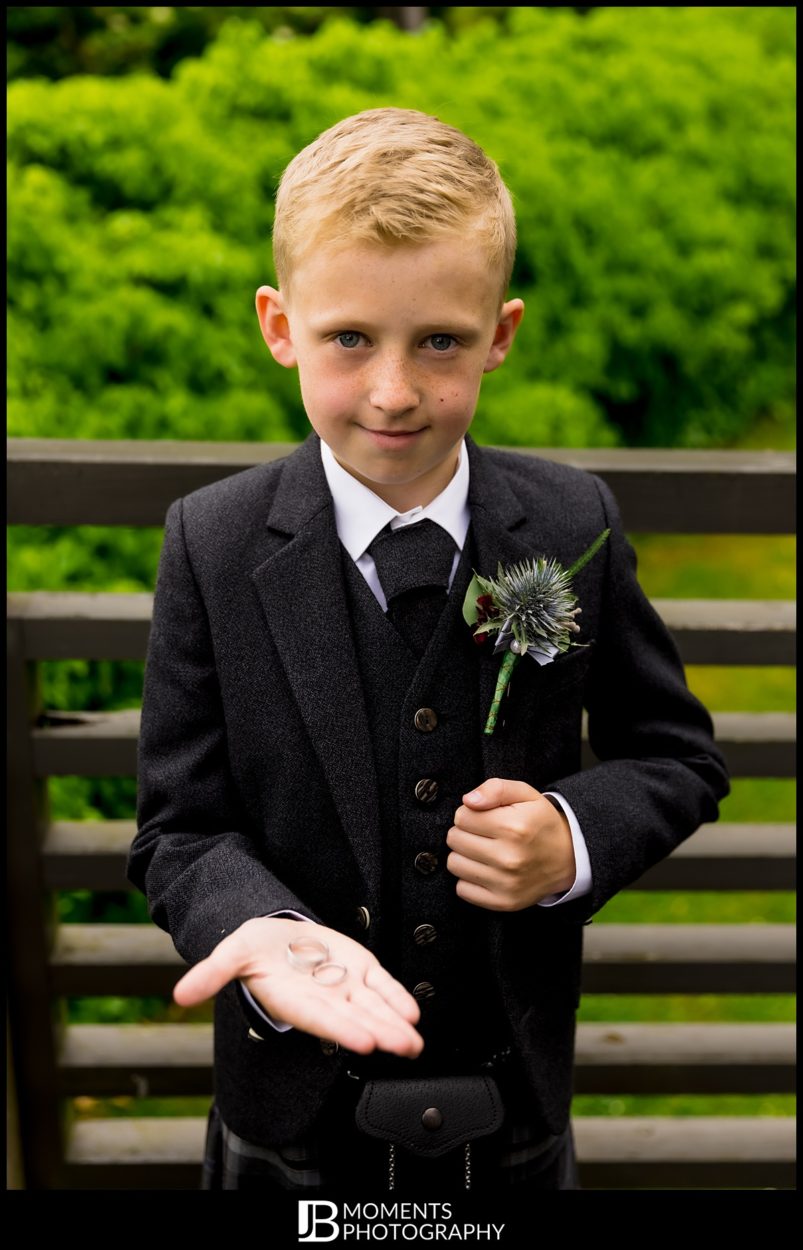 Their son didn’t only look super smart in his kilt but he was also dad’s best man and the official ring bearer. He was taking his job very seriously.

He was also being super sweet with his little sister who was the flower girl. 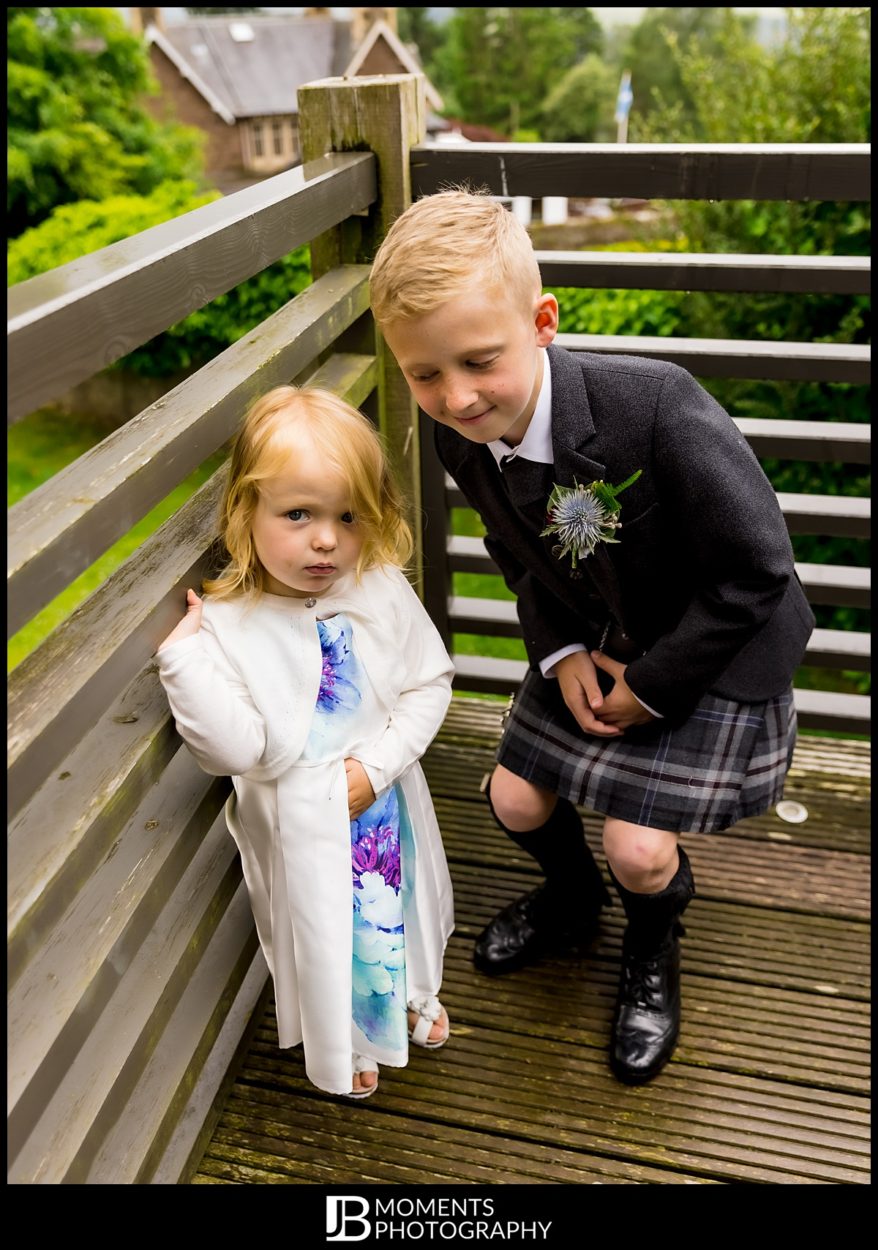 By the time I arrived Gillian’s hair had already been tousled into loose waves and hair accessories firmly in place by Shona at Bridal Stylist Scotland. Once the boys had finally all been ushered away to the hotel and Gillian had her wedding dress on all that was left was for Nadine the makeup artist to put some finishing touches to Gillian’s makeup. 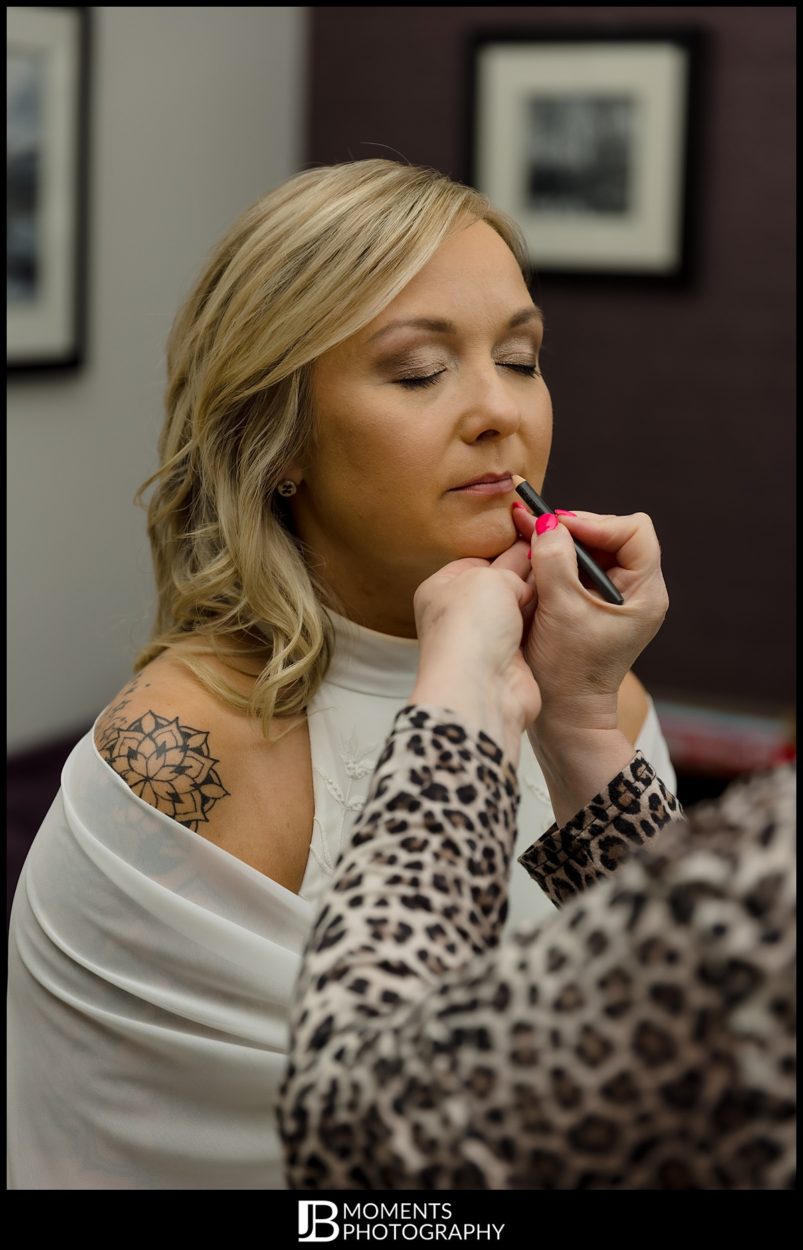 I was absolutely in love with Gillian’s bouquet by Victoria Bloom the colours and flowers were simply stunning. As were the arrangements in the wedding ceremony room and the cake. Not to mention the guy’s buttonholes and gal’s corsages. 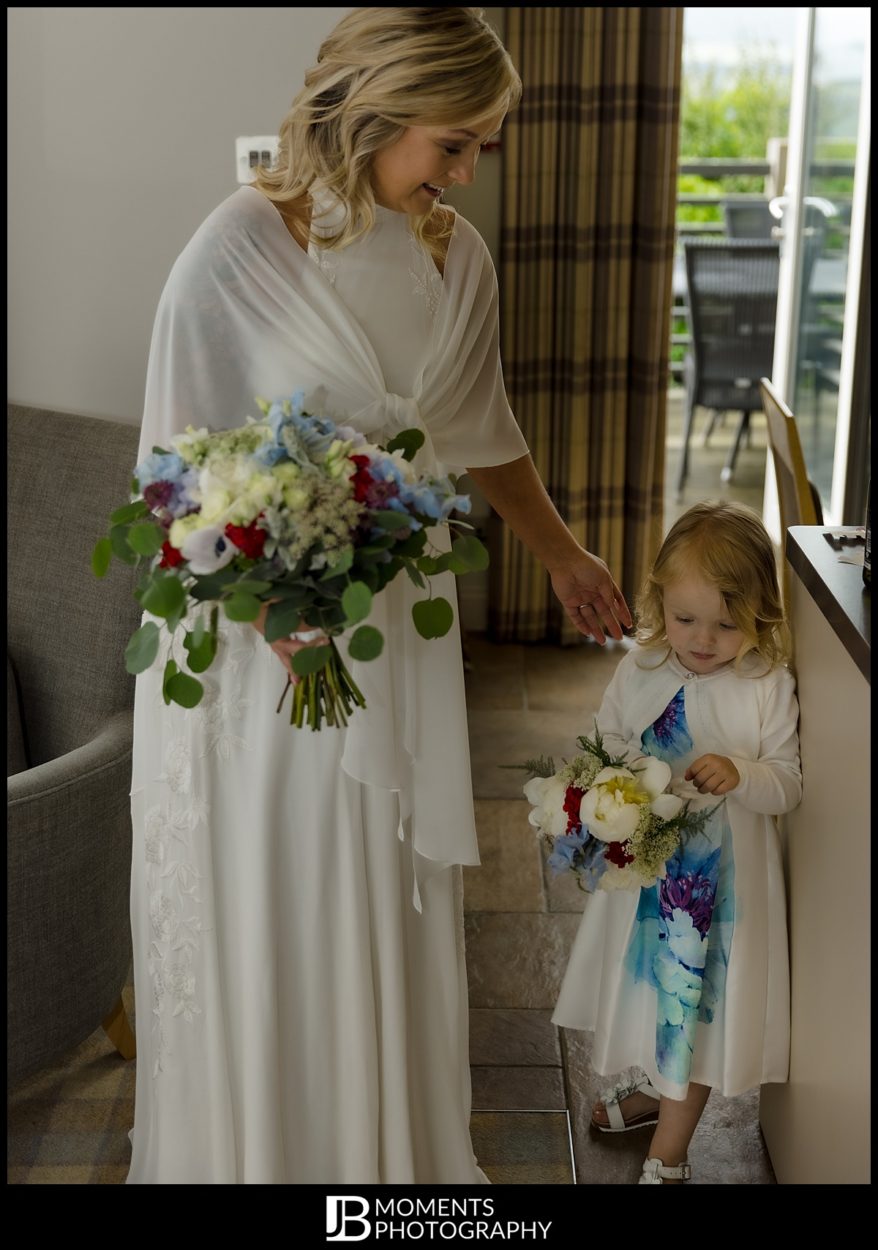 Meanwhile, Craig and the guys were enjoying a beverage in the bar before showtime. 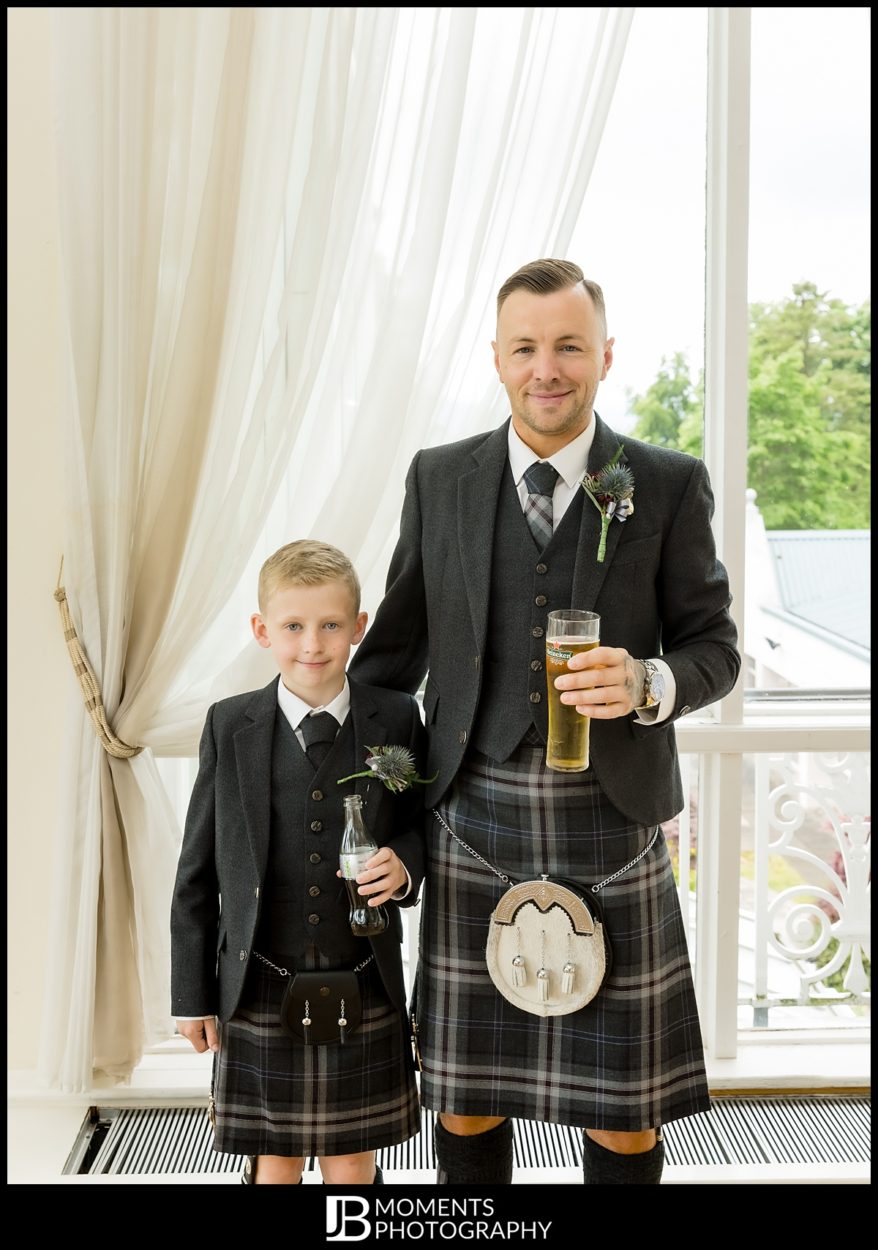 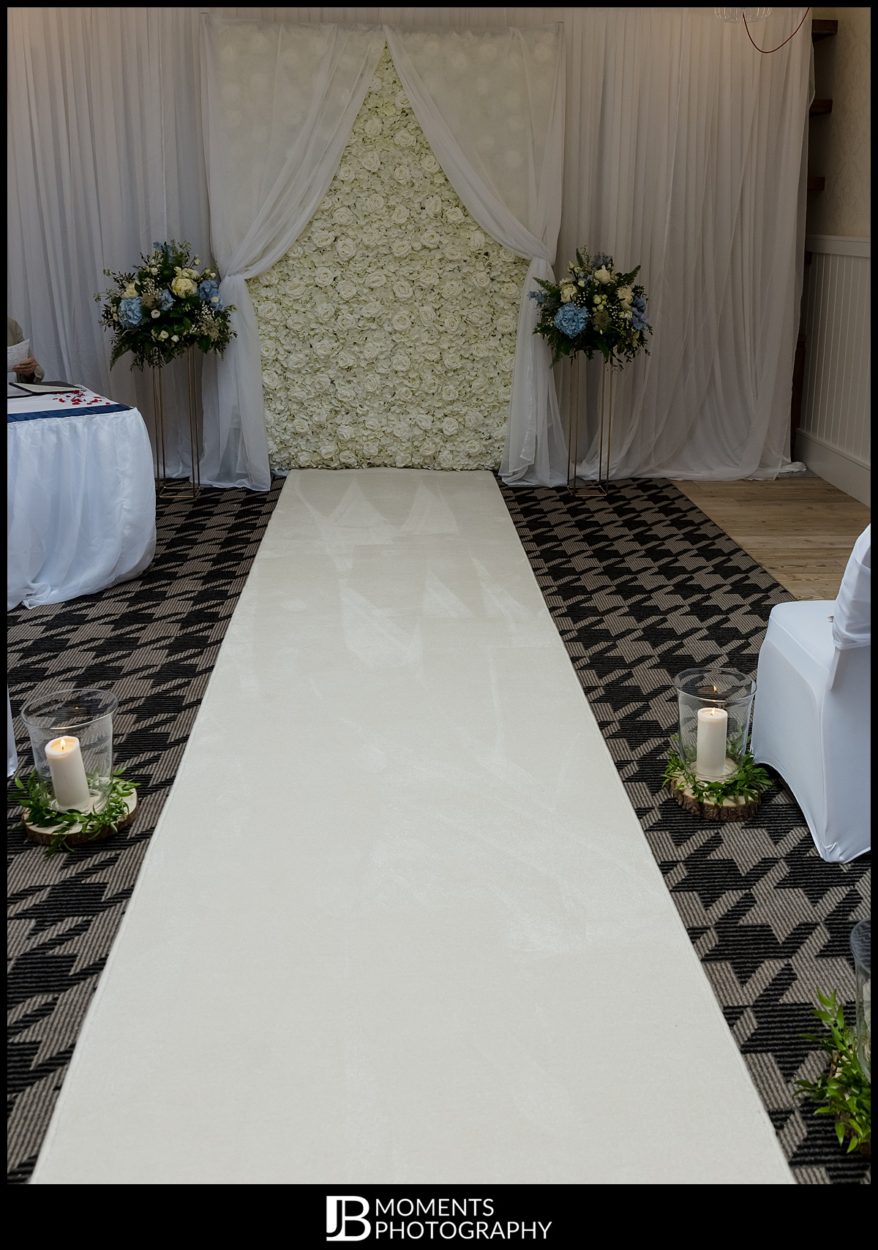 The room they chose to have their ceremony in was flooded with natural light thanks to a huge ceiling window. You can see the beautiful floral arrangements I mentioned and other decorations supplied by Razzmatazz Occasions.

Gillian and Craig were in such a rush to be husband and wife! They chose the shortest possible ceremony and soon…they were Mr & Mrs. 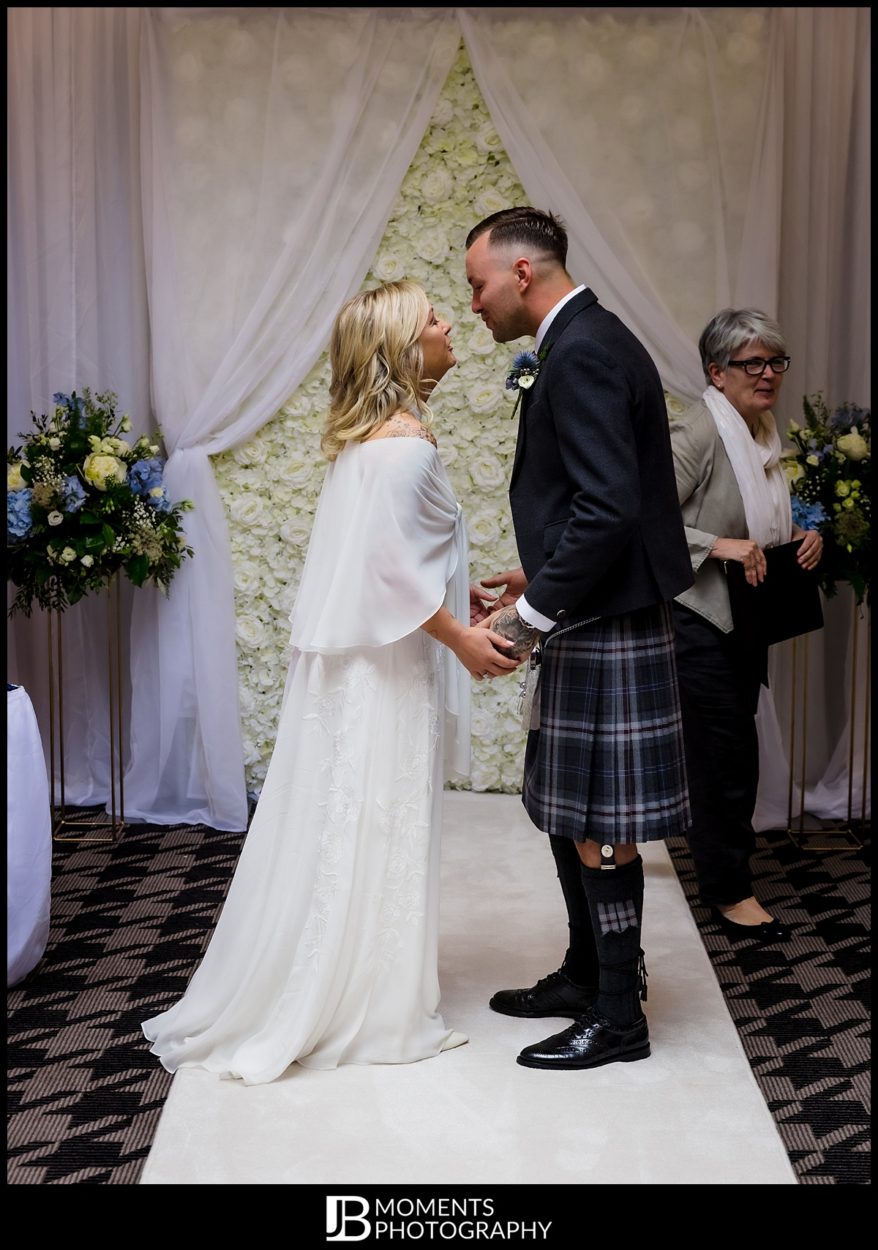 I love how the officiant is trying to make a run for it out of my picture!

When you have a family of posed photograph haters but still need to get a group shot to mark the occasion what do you do? 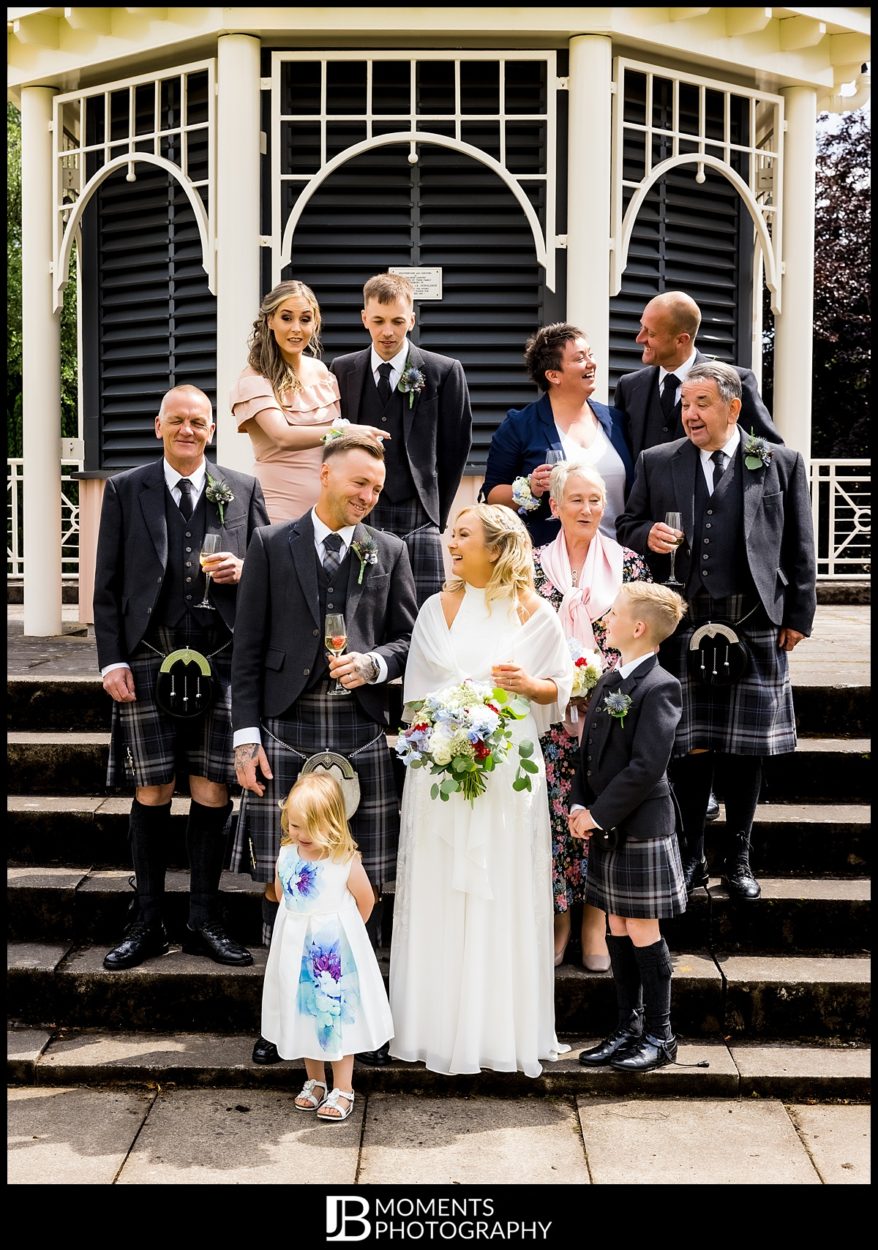 You tell them all to look at their favourite family member! I was pleased to see the new Mr and Mrs looking at each other. Little Meghan, I think she was most in love with her shoes! 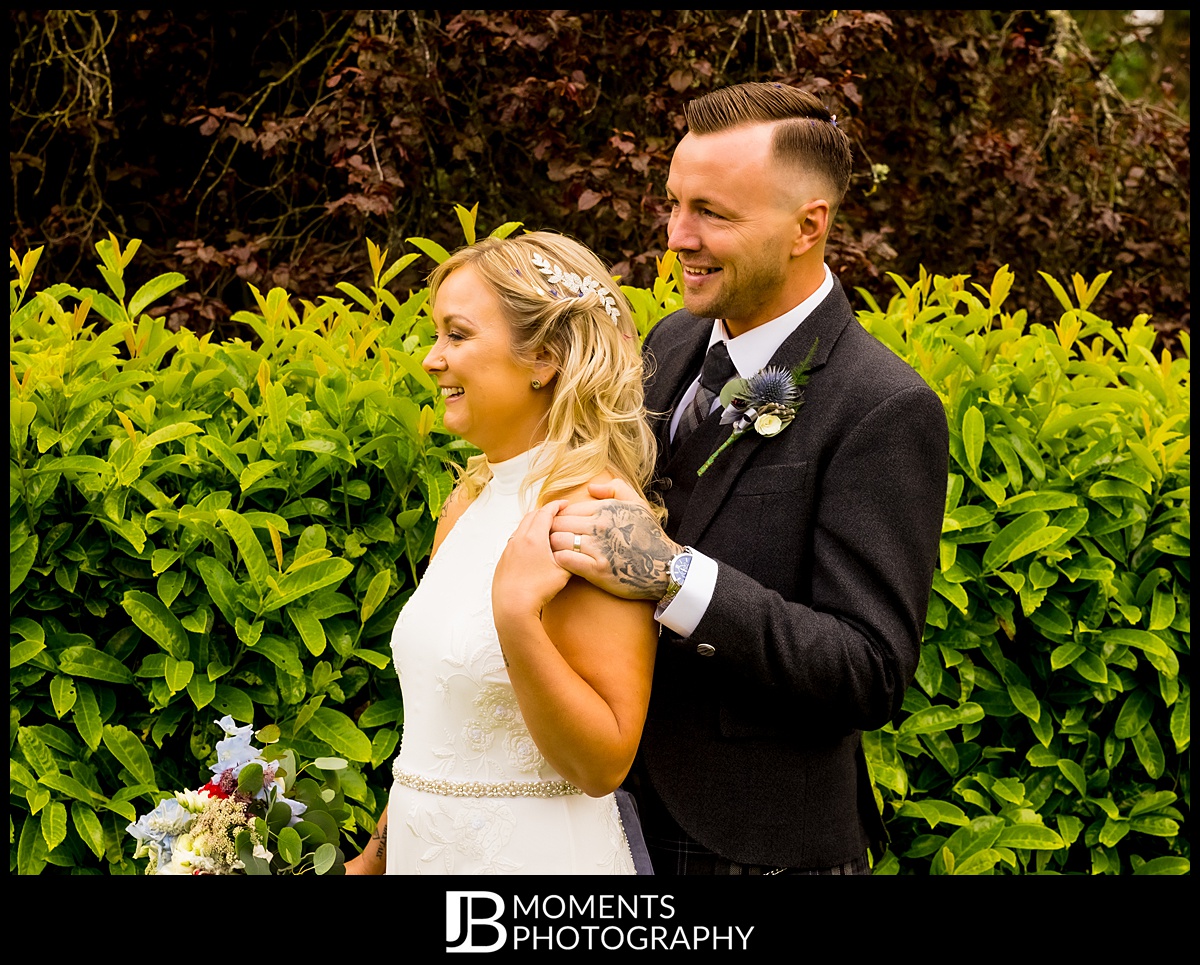 I adore this image. I told Craig to whisper ‘dirty things’ in Gillian’s ear. It seemed to do the trick. 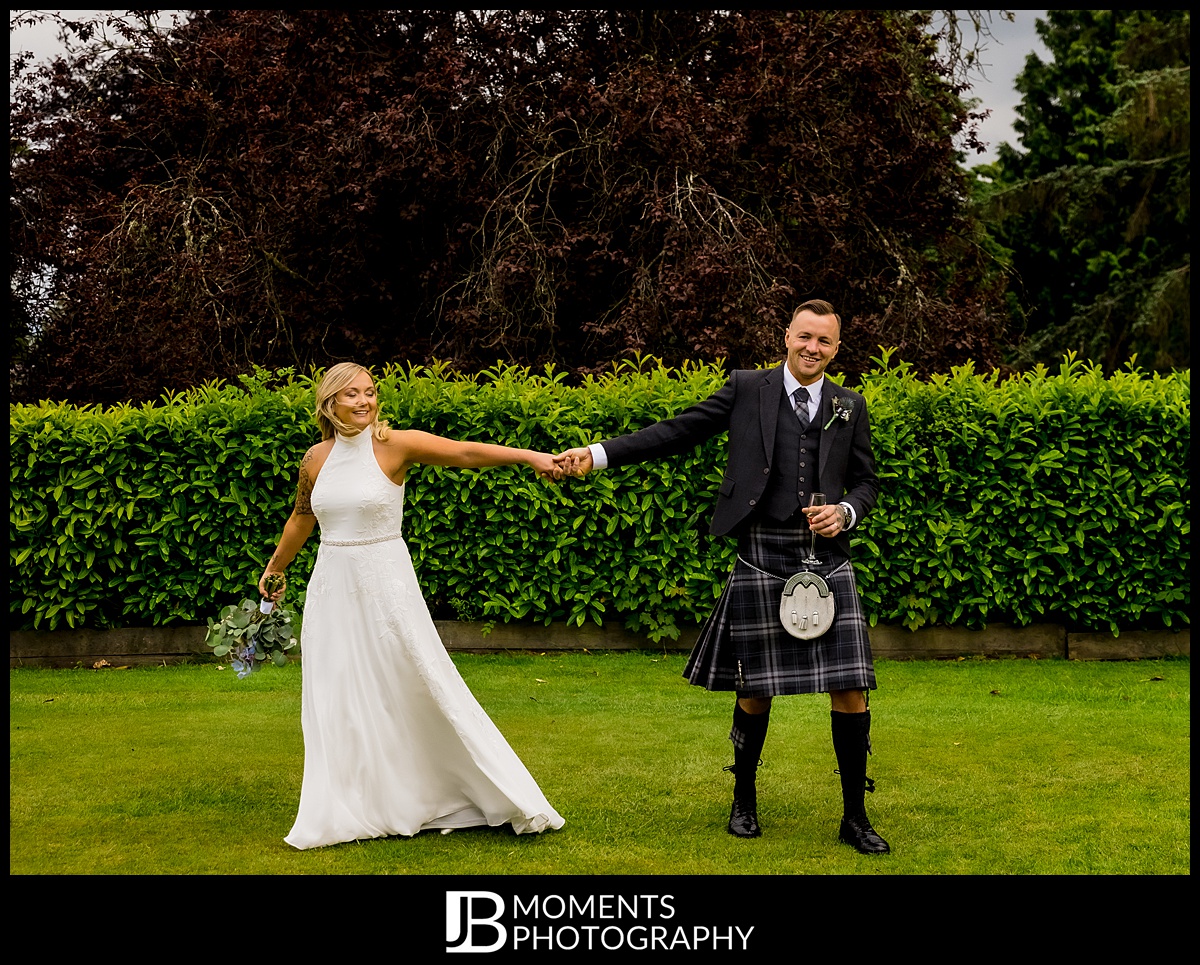 By the time I had them walking towards me, I think they were secretly starting to enjoy themselves. Mission accomplished!

Gillian and Craig decided to liven their wedding guests up at around 3 pm with some tequila shots. Hardcore this pair! 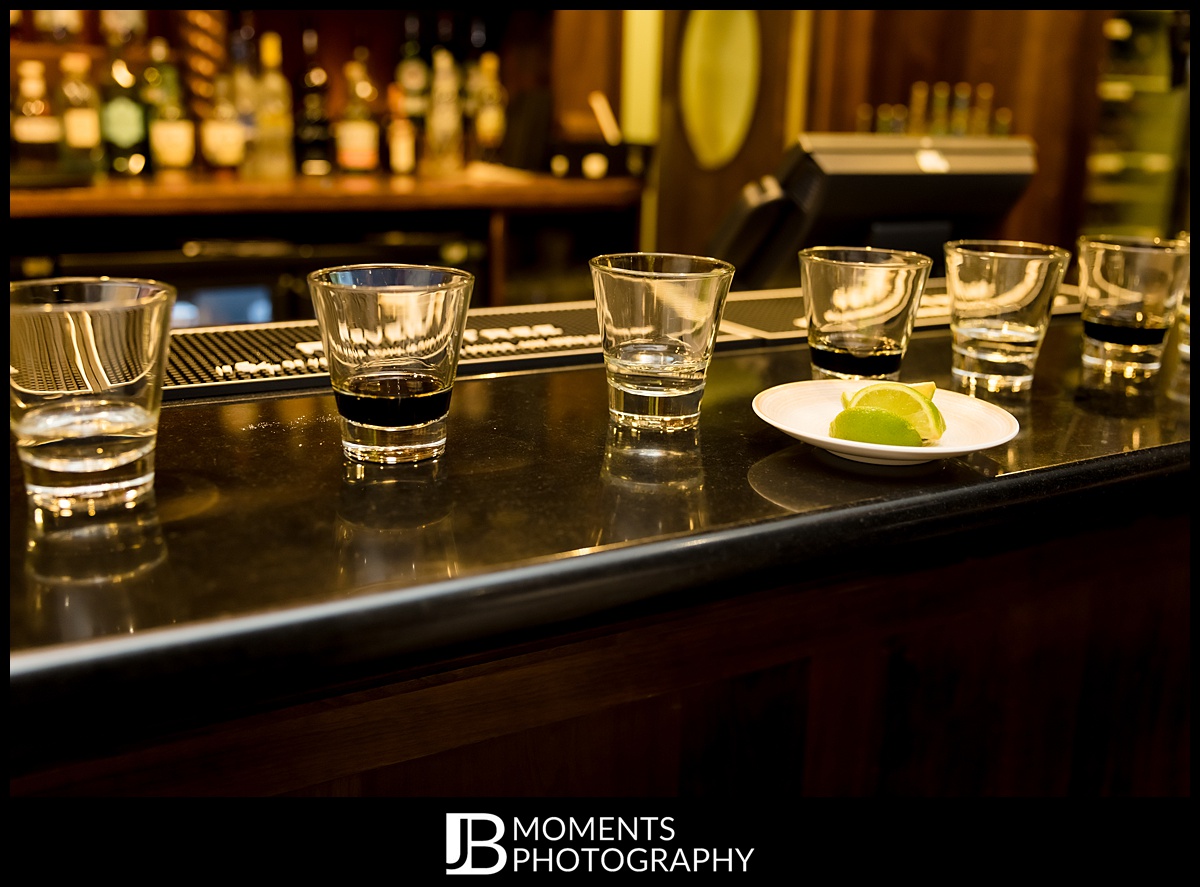 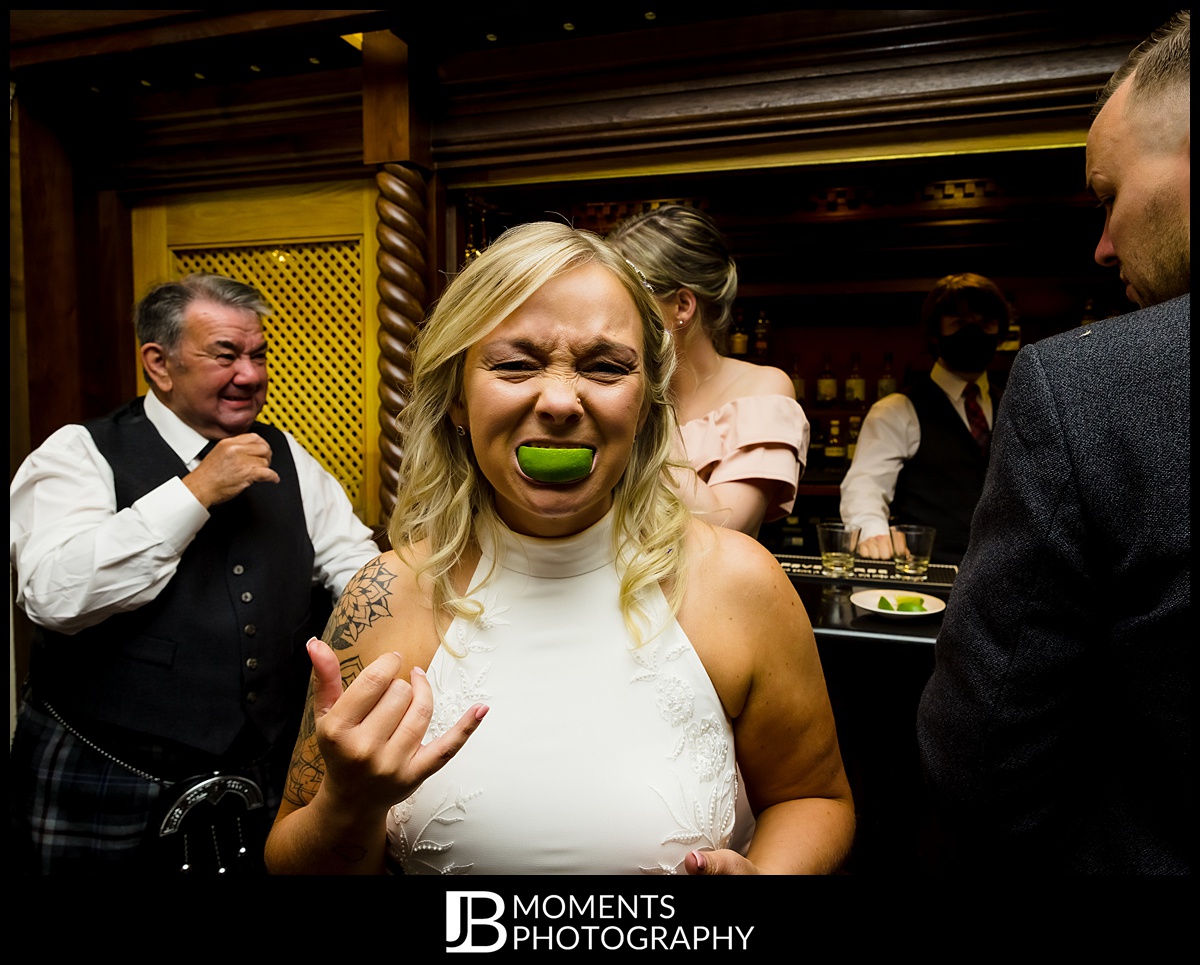 After a wonderful afternoon chilling with their nearest and dearest and the bride’s dad trying one or two of the top-shelf whisky bottles (well it’s not every day a daughter gets married is it?). It was time to cut the cake and enjoy a meal. 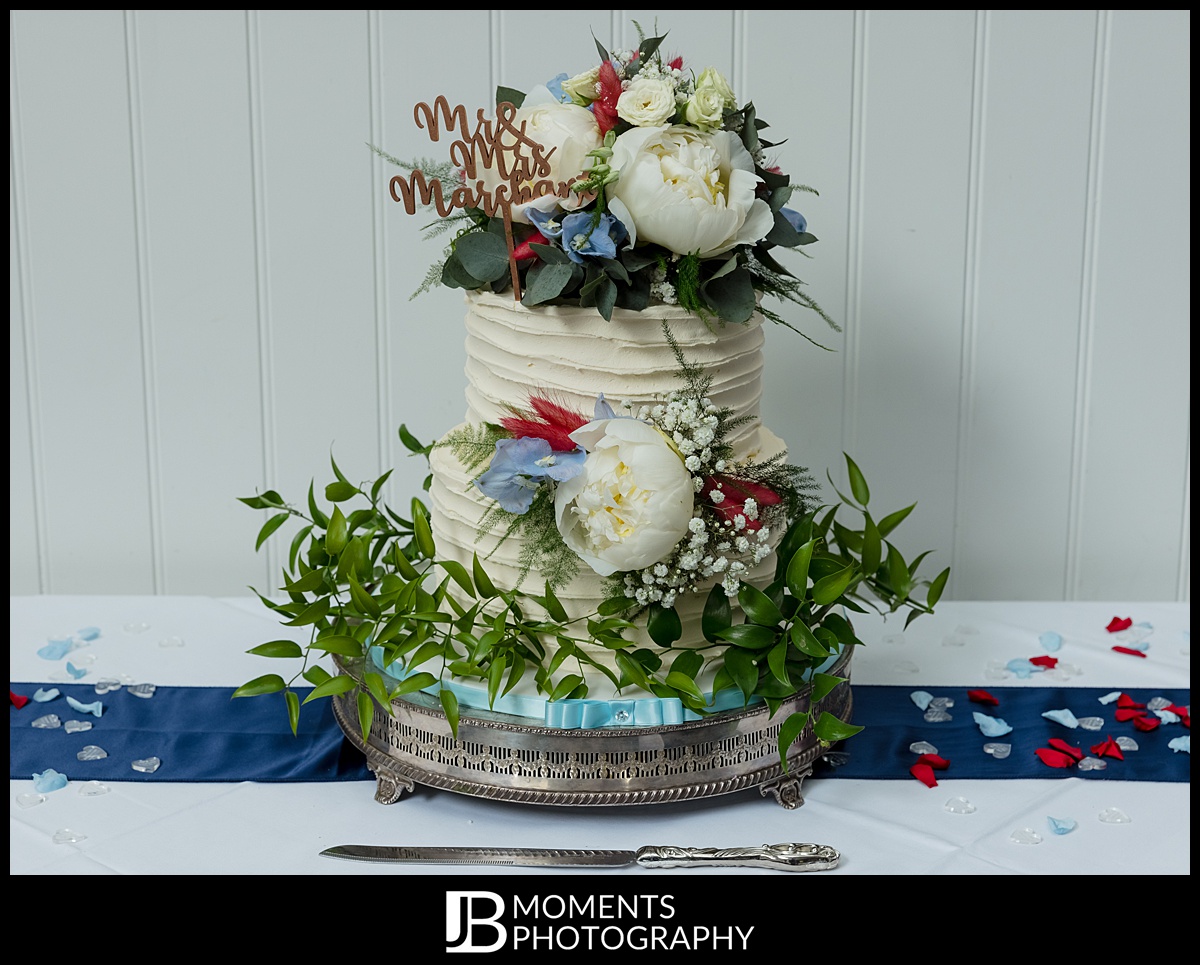 How beautiful is this Cakes by Lucy cake? I do love fresh flowers on a wedding cake.

Also how cool are these personalised placenames/coasters that Craig burned the name in of each guest himself? 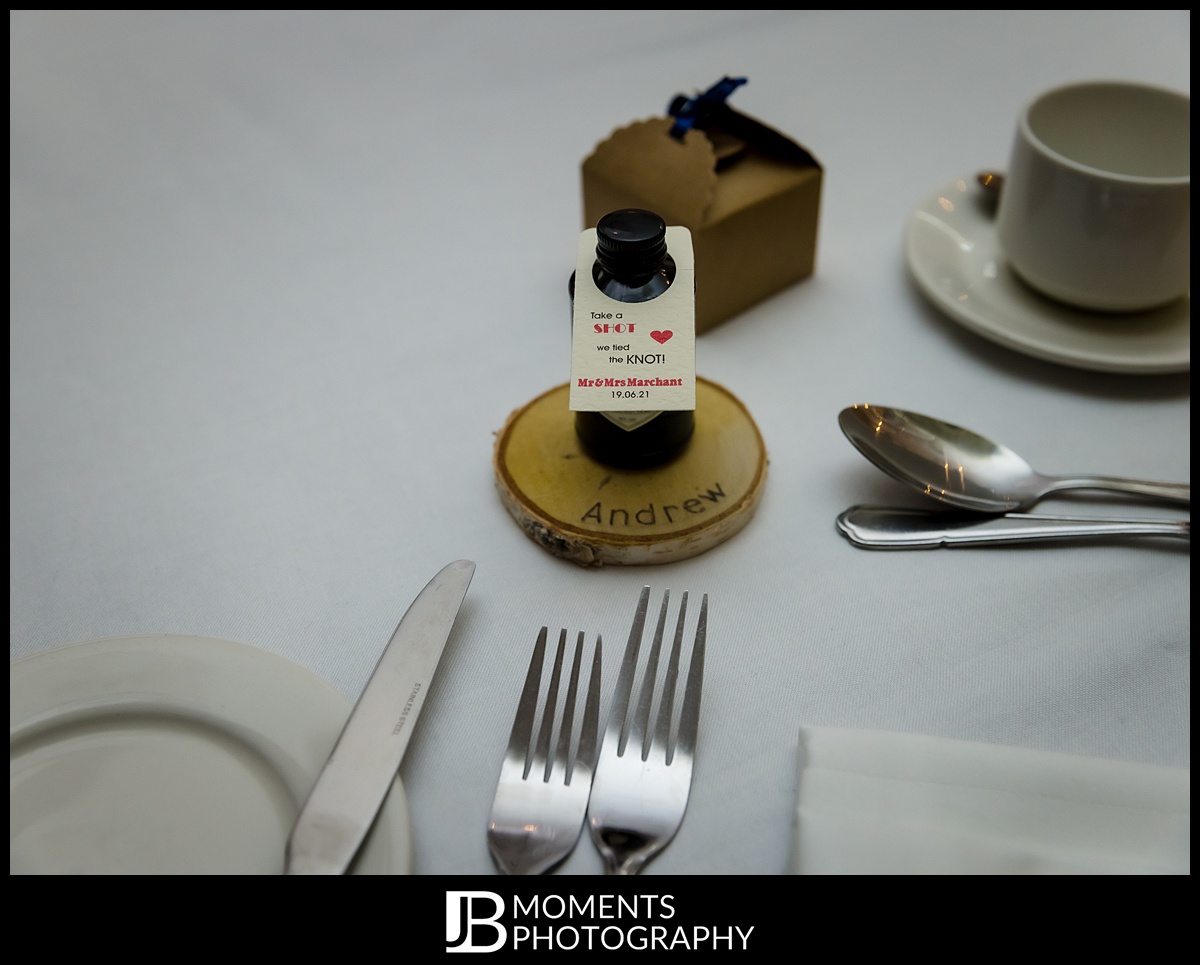 Plus each adult guest had a miniature of their favourite tipple. There were so many thoughtful touches like this the whole day. 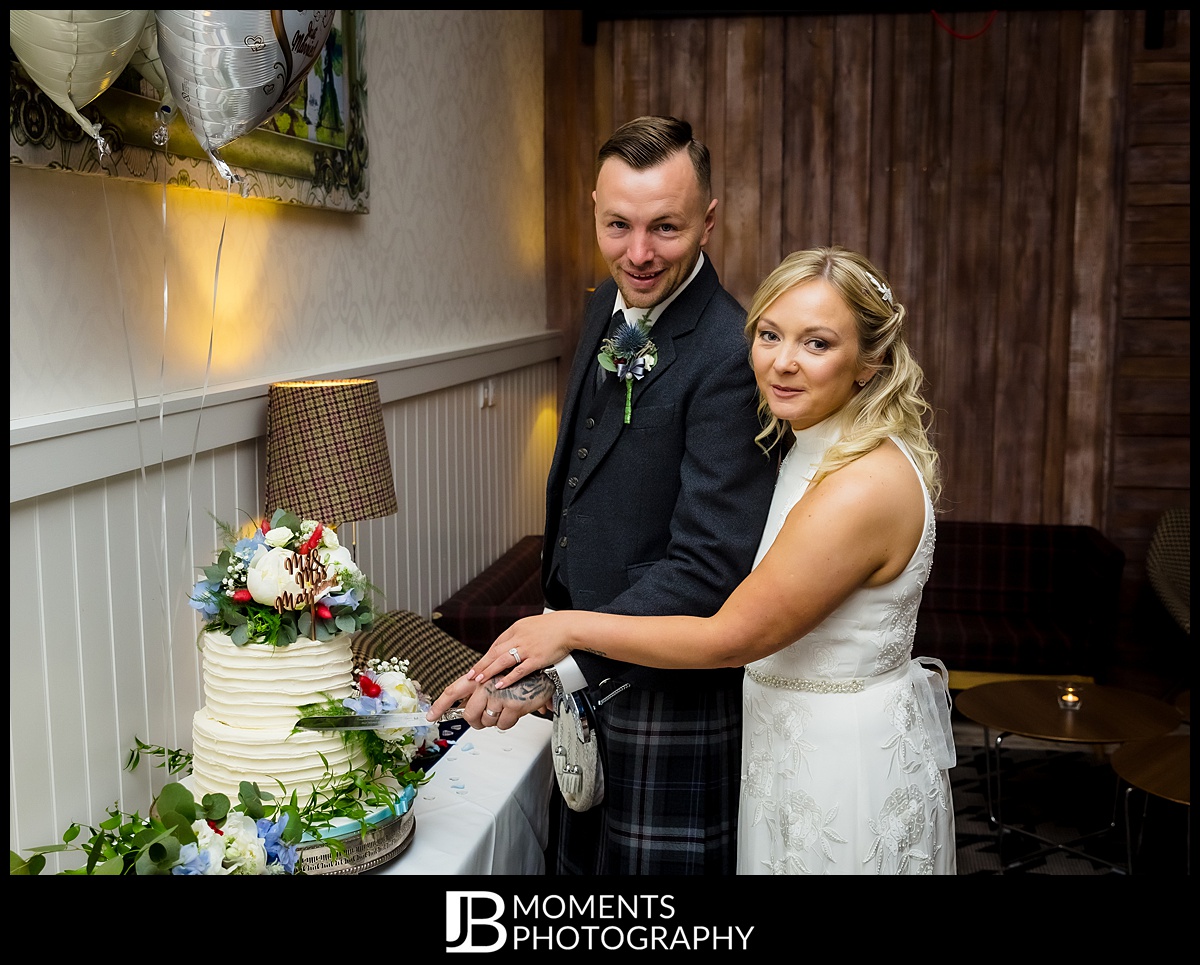 Congratulations Mr & Mrs Marchant and thank you for inviting me to be part of your intimate and beautiful day. 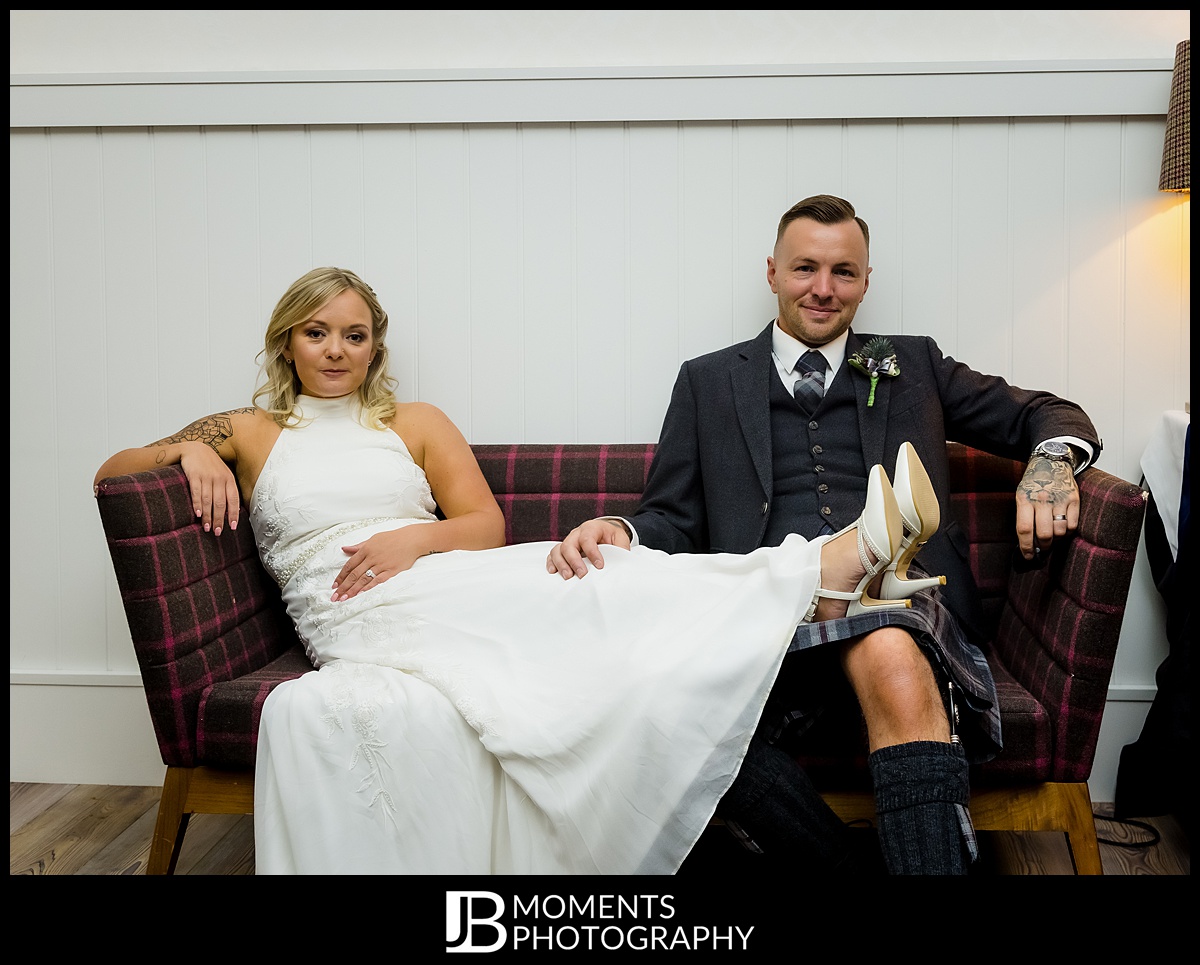