“You don’t find love, it finds you. It’s got a little bit to do with destiny, fate, and what’s written in the stars.” – Anais Nin

In November 2016 Gerry stopped off in Ayrshire for a night out on his way up to Inverness. He had just accepted a new job in Jersey that he was going to be starting on the following January. But…at the end of that night out, he found himself sharing a taxi with Louise and her sisters. And…the rest is history. He didn’t end up taking that job in Jersey 🙂

Gerry proposed to Louise on one of their visits to Culzean Castle so it felt like the perfect spot for them to get married at the end of March.

It was an intimate wedding in the Round Room of the castle witnessed by Louise’s parents and Gerry’s Aunt and Uncle. The bride and groom read their own vows to each other and everybody was laughing at the poem that Louise chose to read to Gerry! 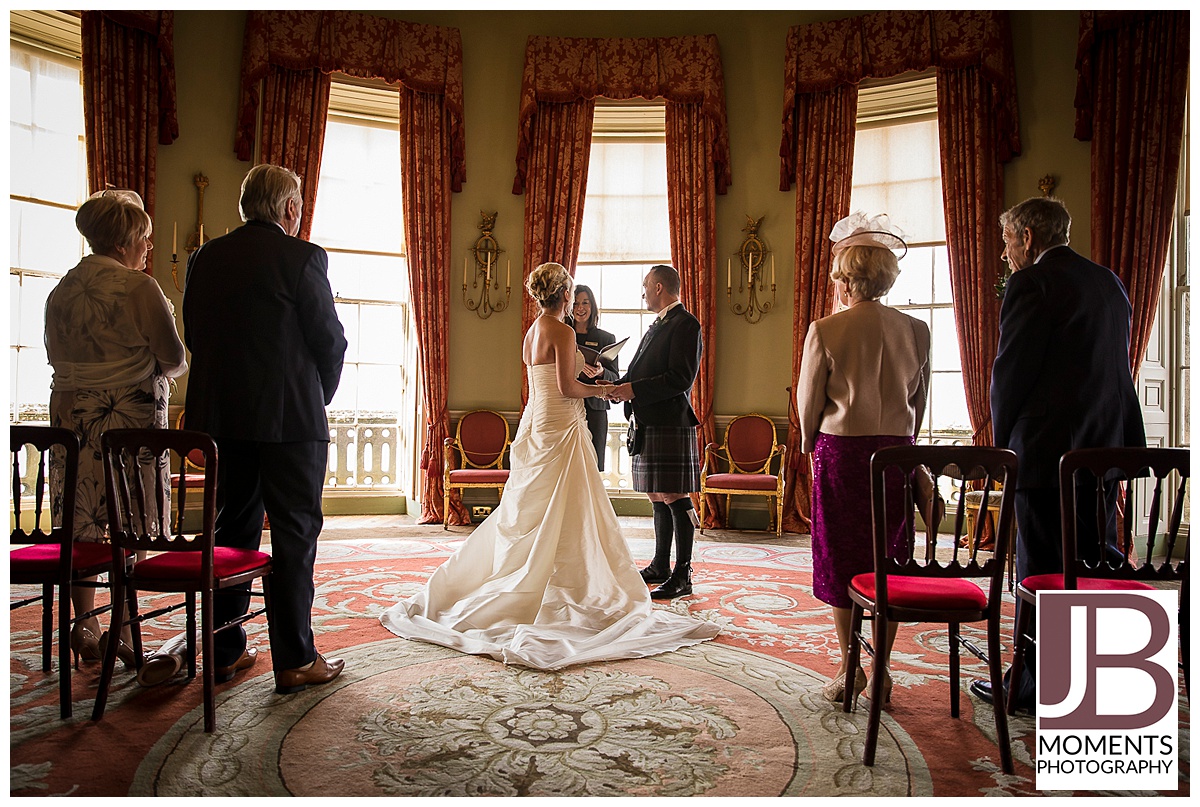 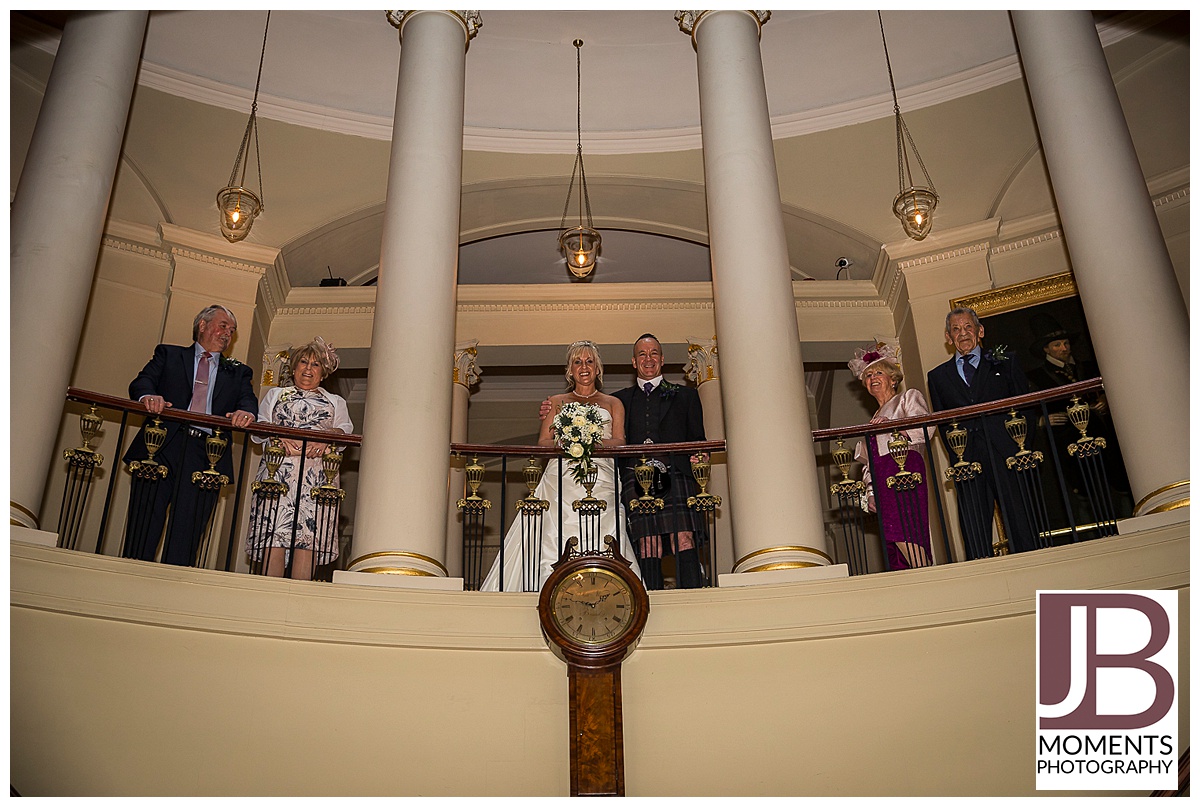 Before they sat down for a sumptuous meal prepared by the castle Louise and Gerry braved the elements to get some pictures taken in the grounds. 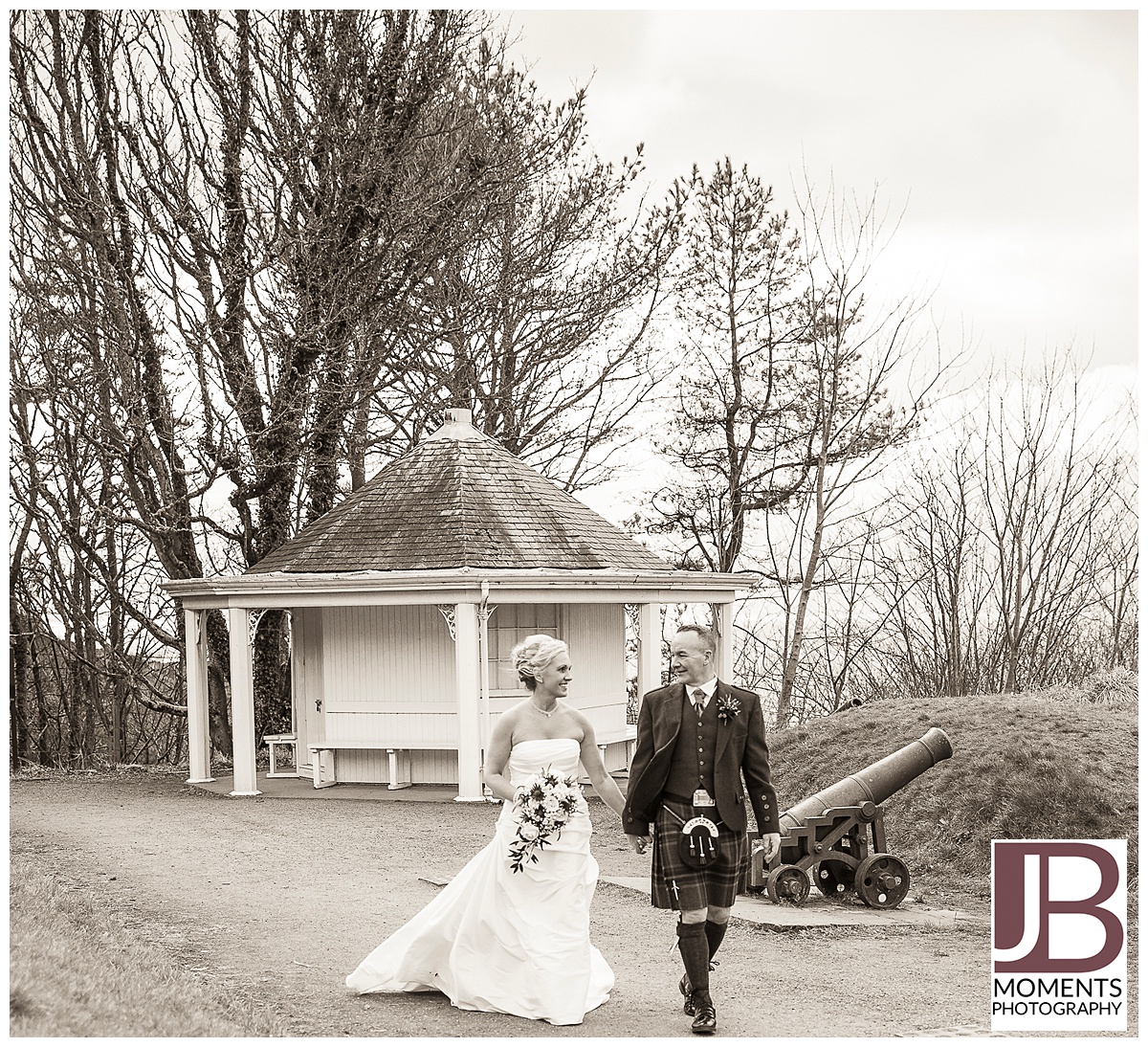 Louise was a complete trooper with only a thin satin shawl to keep her warm between shots. She braved sub 3 degrees to get some beautiful images. Thank goodness you can’t see her goosebumps on top of goosebumps in the final images! 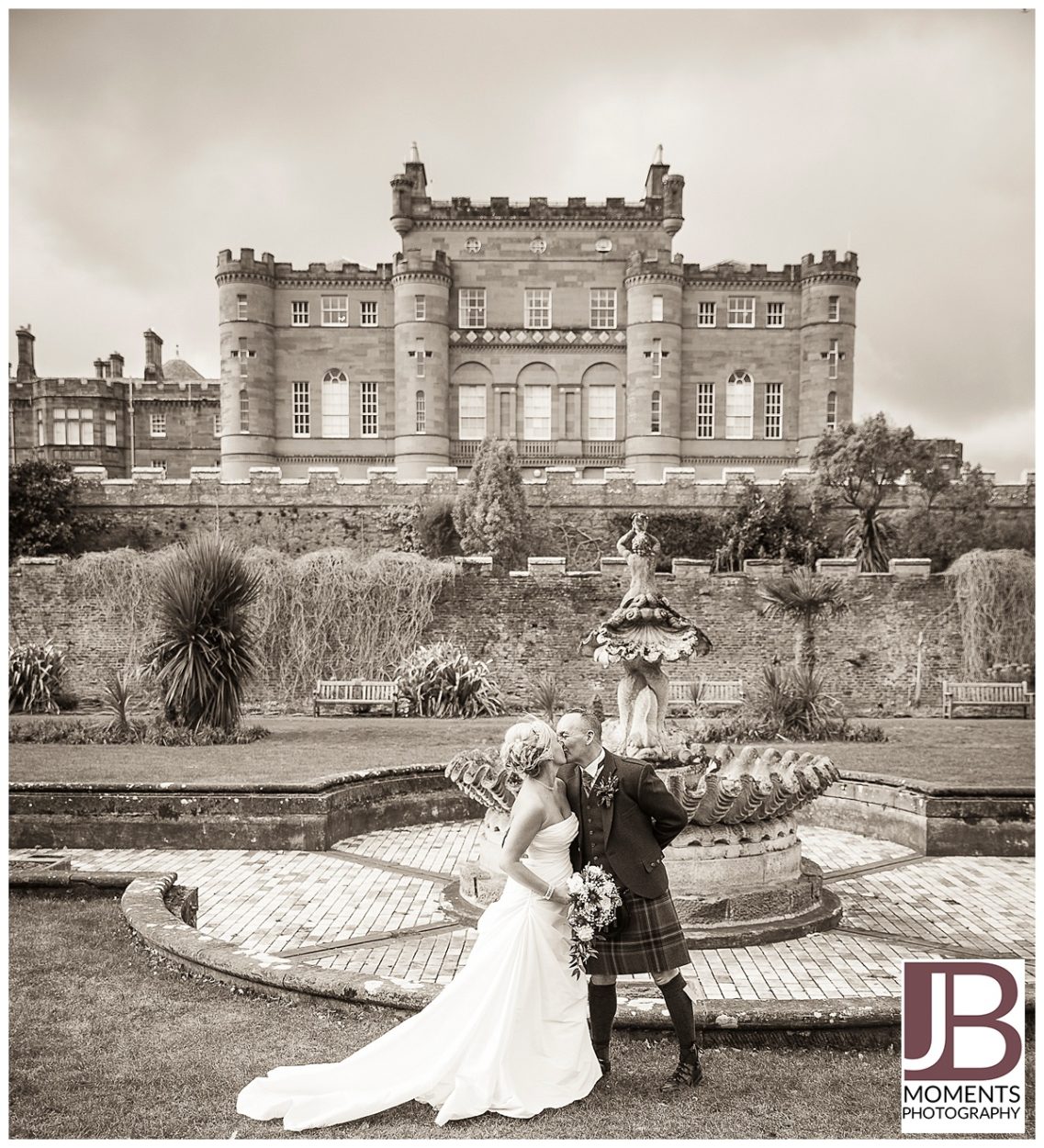 Louise’s flowers were the perfect showcase for her engagement ring which was her grans. Unfortunately, her gran was too ill to see Louise get married. The ring meant she was a part of the day in a very special way. 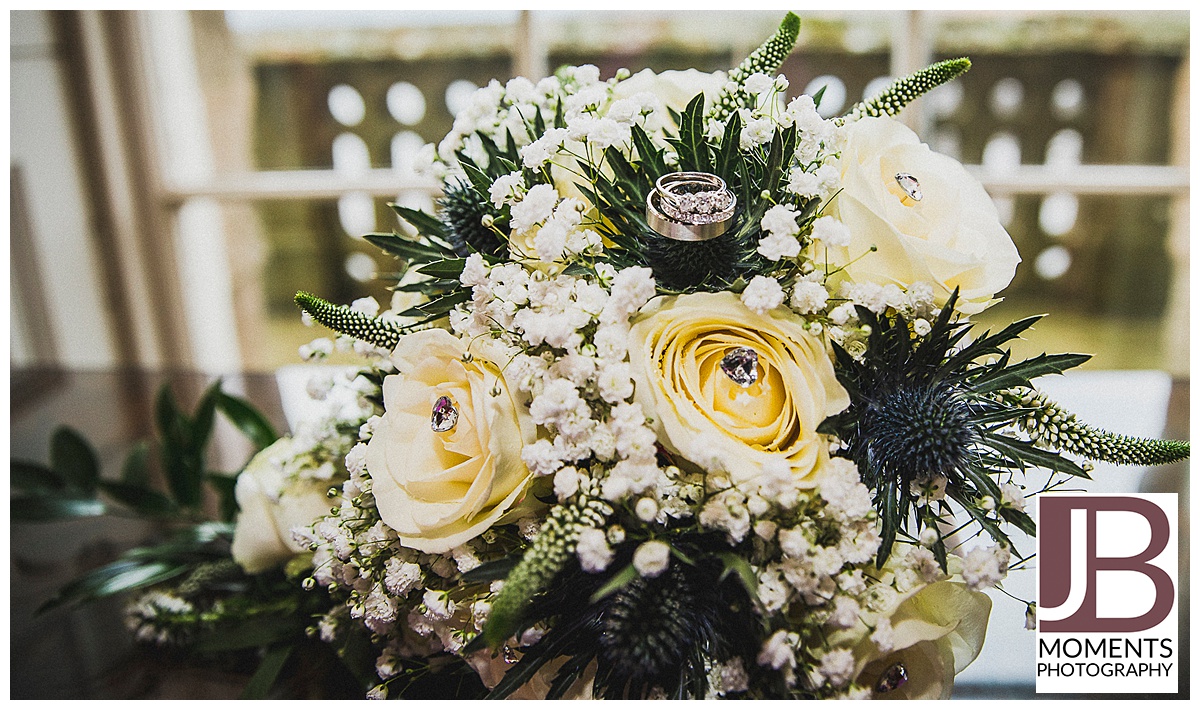 If the ceremony was low key and intimate the evening party was the complete opposite. Once all the evening guests had been coached in Louise and Gerry made their entrance. And what an entrance. Lead by Donald their Piper they arrived in one of Studlearoyals beautiful carriages pulled by Traveller the horse. 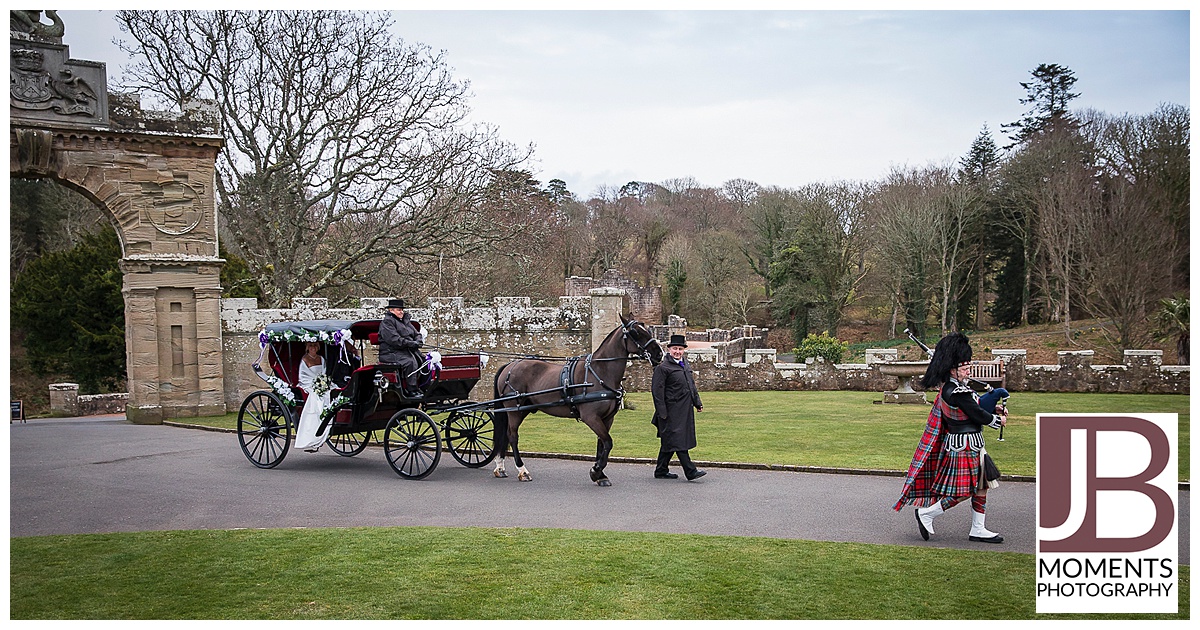 From there it was off to the Georgian Kitchen of the castle to cut the cake and start the evening’s dancing. 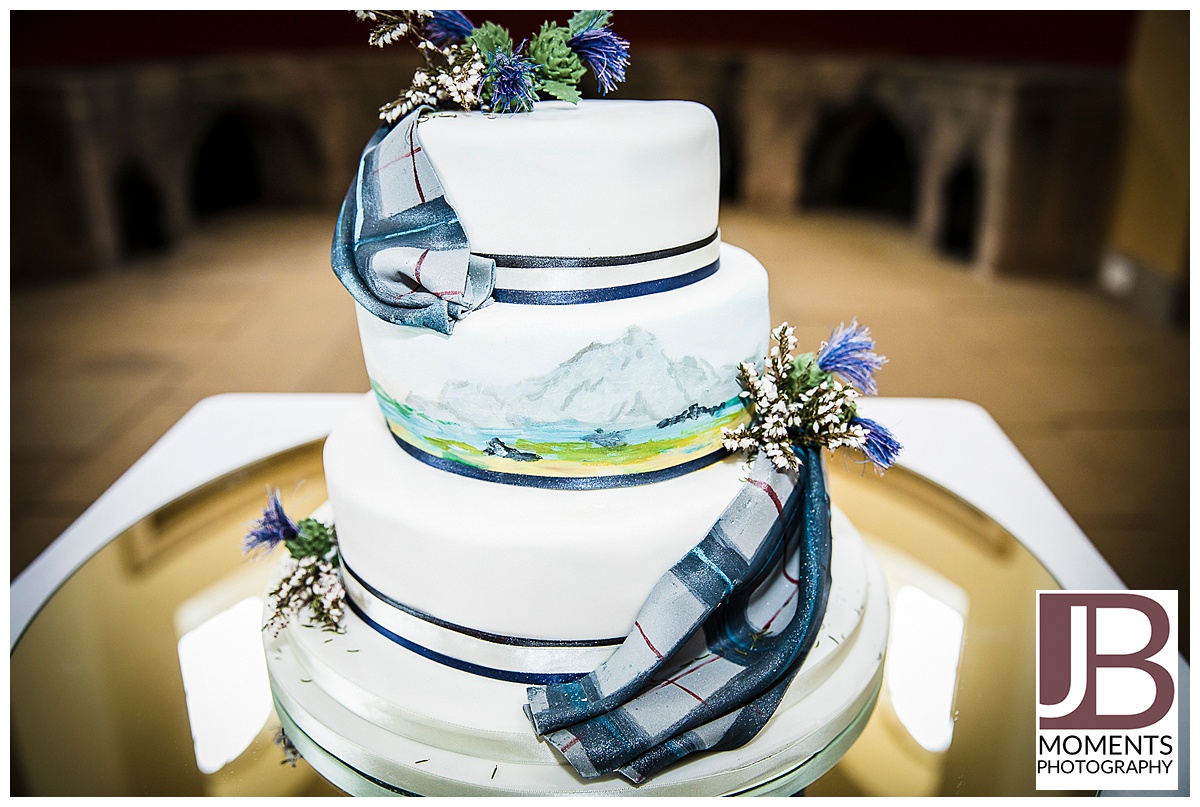 The cake was created by Castle Cakes and had the stunning local scenery hand painted onto it.

After the first dances it was time for me to bow out as the ceilidh band, The Reel Stramash, started up and the party started in earnest to celebrate the new Mr and Mrs Stokes. 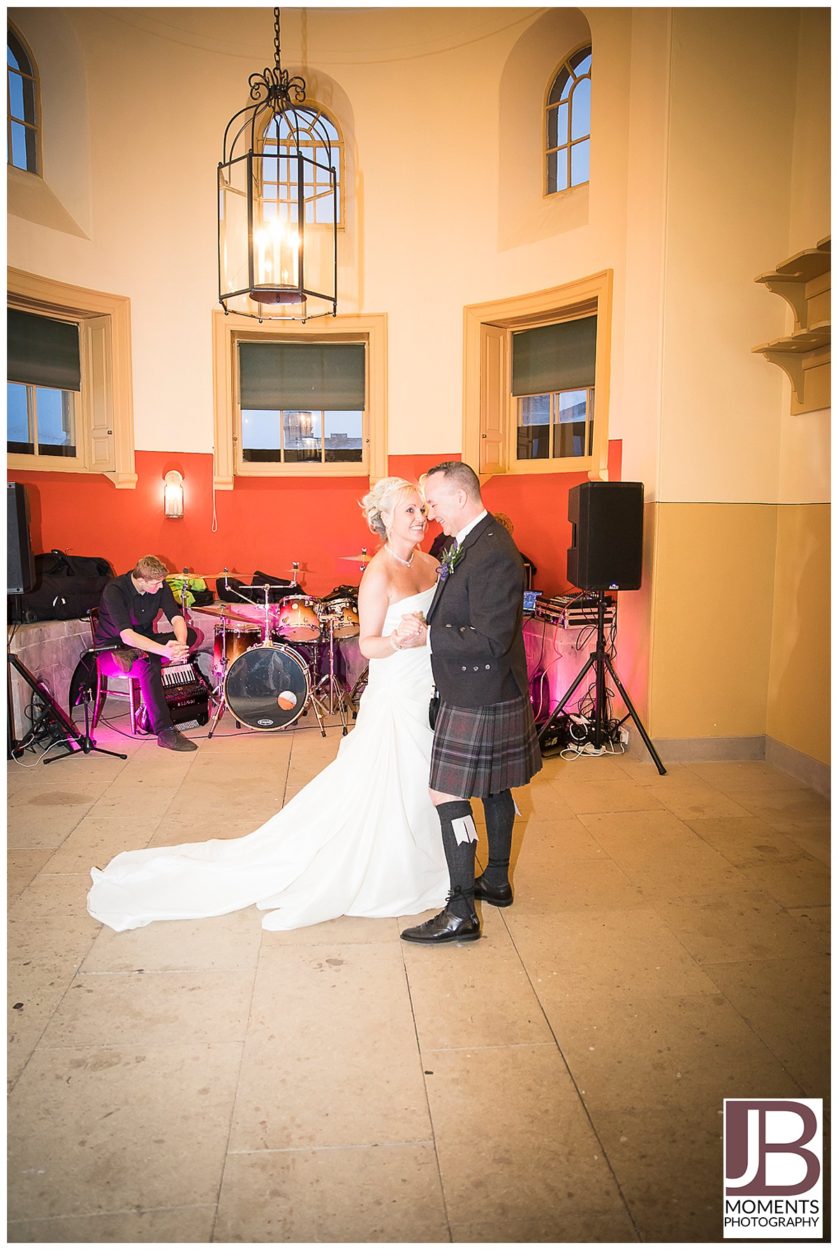