You had me at Pivot Tables!

Emma and Robert met at work around five years ago when they started working on the same project. As soon as I met them at their pre-wedding consultation. I knew they were going to be the perfect couple to photograph. Laid back, chilled and more than a hint of fun is how I’d describe these two. It turns out the proposal itself was pretty similar. They were in the middle of decorating their kitchen/family room and had a wee chat about getting married on the sofa pulled out in the middle of the sofa and that was that!

Rain on your Wedding Day

Despite it being July and despite the weather being glorious in the run up to the wedding the weather on the big day was changing by the minute on all the weather apps. When I arrived at Larbert East Church is was absolutely bucketing it down.

A few minutes later and it was all blue sky and sunshine so I dashed outside to get some pictures of the churches beautiful exterior. 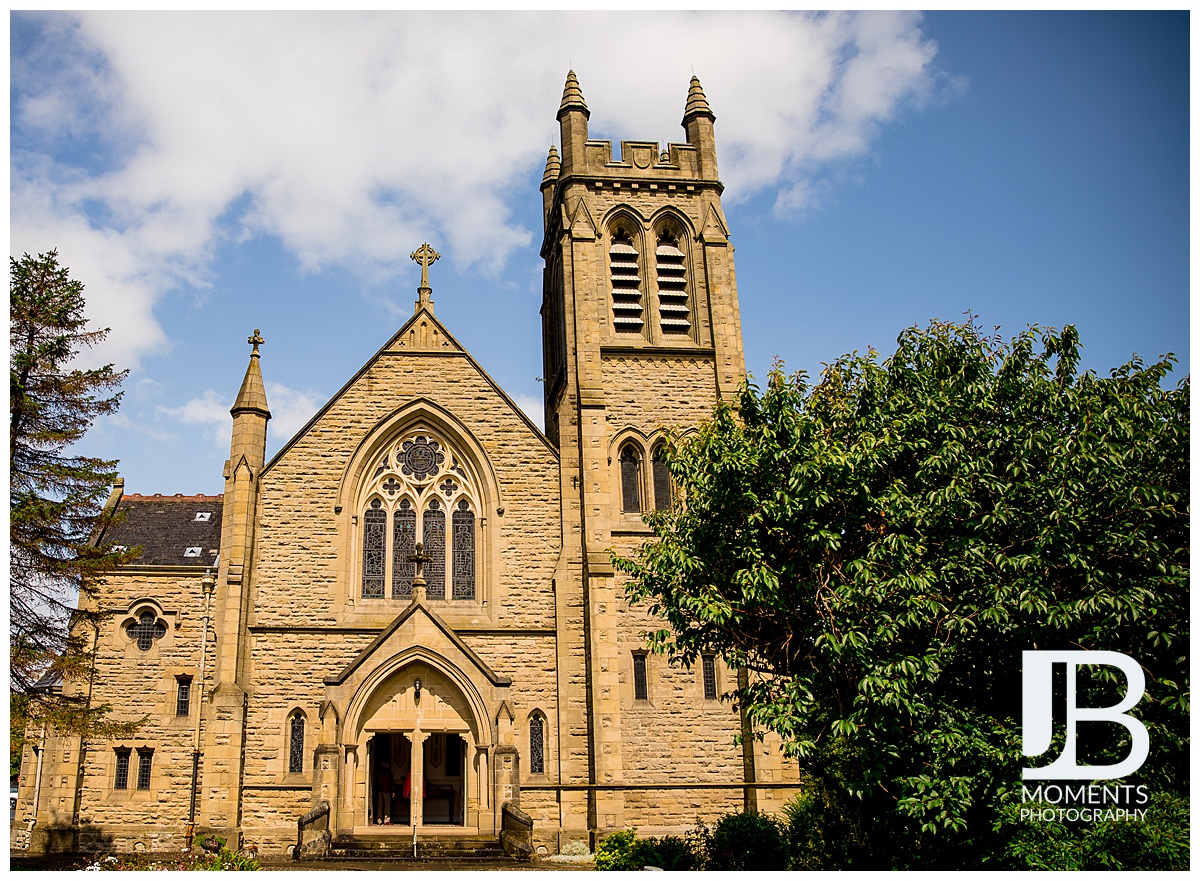 And took the opportunity to capture the groom as well. 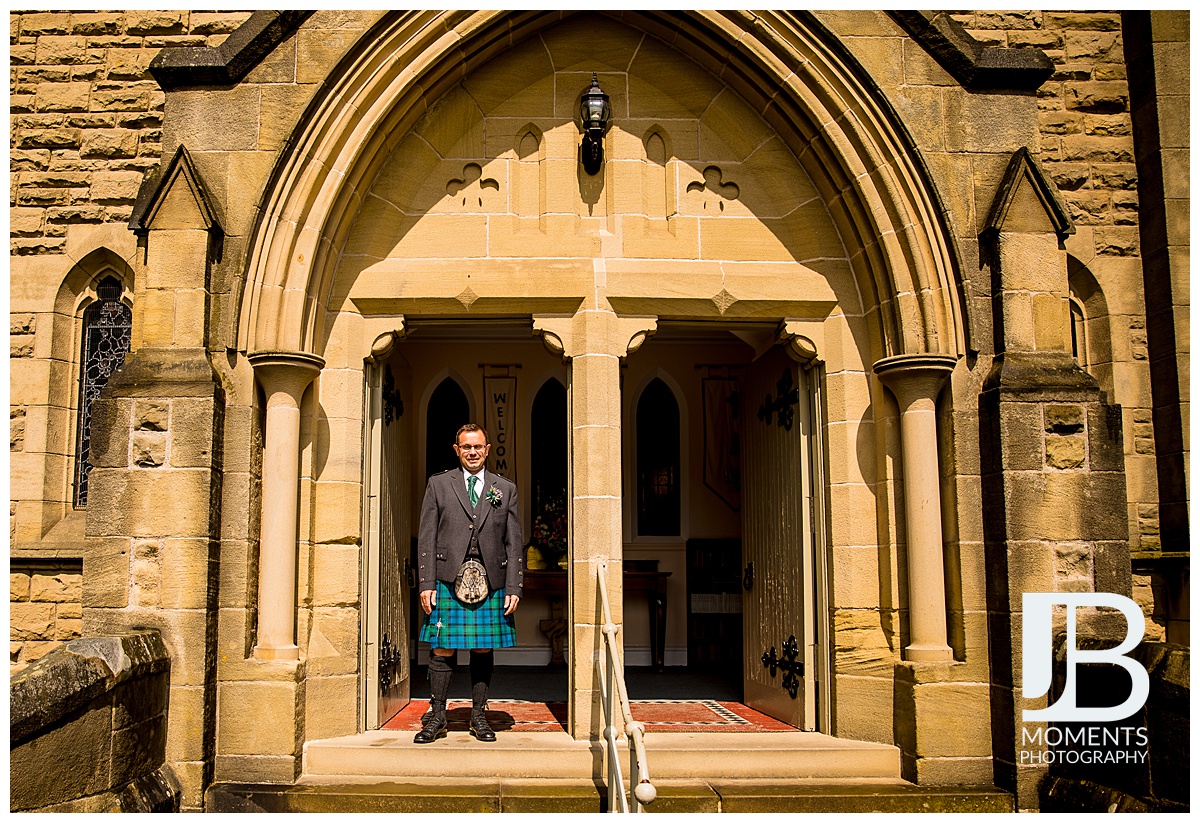 Robert looked very smart in his own ‘Hunting Kerr’ tartan.

Then it started raining again. I went outside armed with my bridal brollies to wait for the bride to arrive. Nobody wants a soggy bride, do they? But, luck was on Emma’s side because as she arrived with her dad and her son Josh the rain disappeared and the sun put his hat on again!

Besides, it’s considered lucky if it rains on your wedding day 🙂

Emma was absolutely glowing with happiness. Josh looked very smart and unbelievably tall for his 13 years! He had the very important job of walking his mum down the aisle.

Giving his mum away! 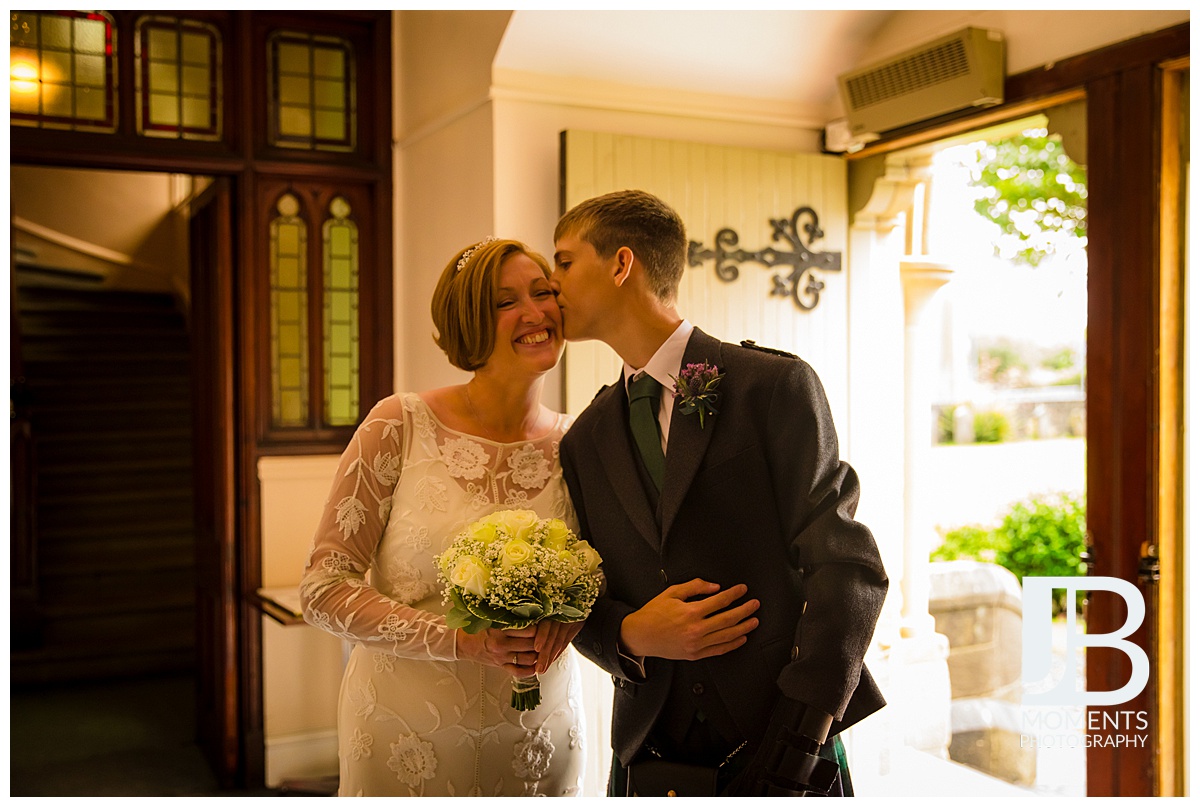 He took his job very seriously and did it with a maturity well beyond his tender years. 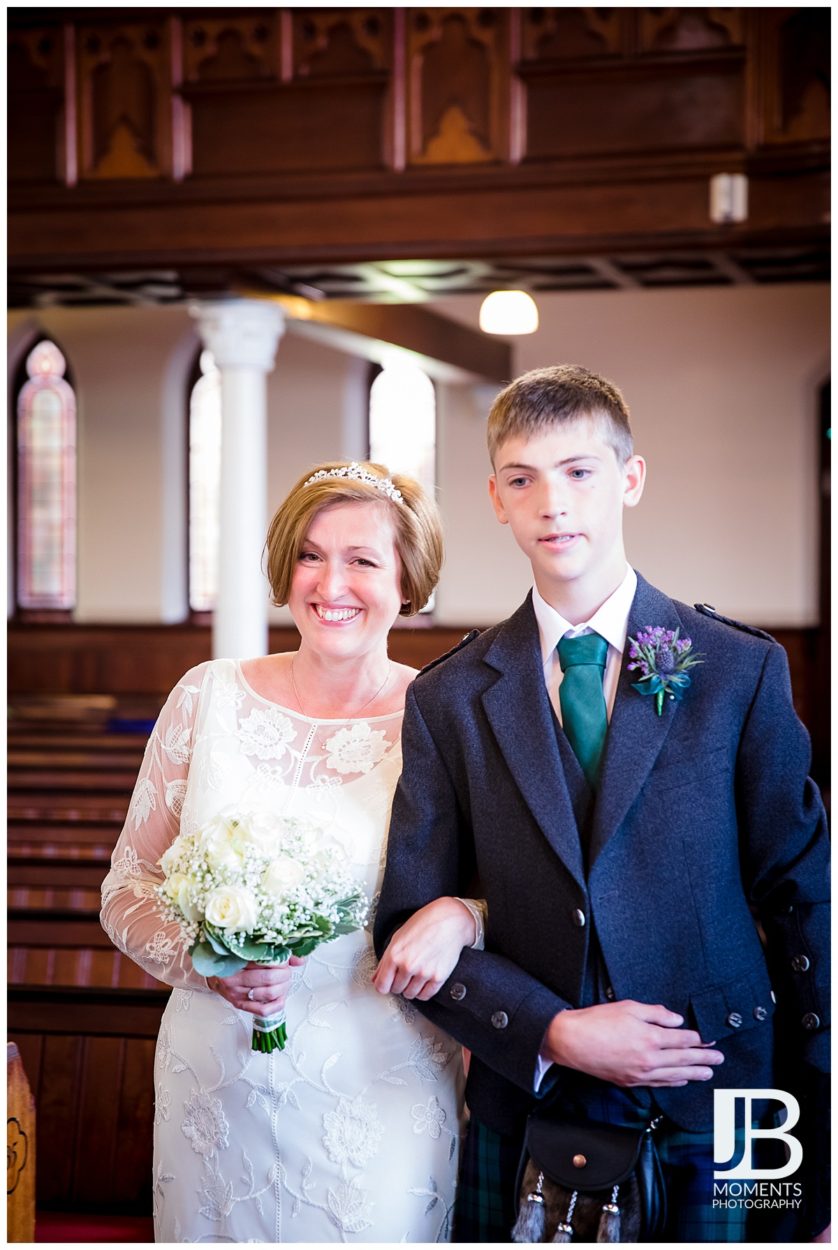 I’m a sucker for when the groom sees his bride for the first time and Robert didn’t let me down. 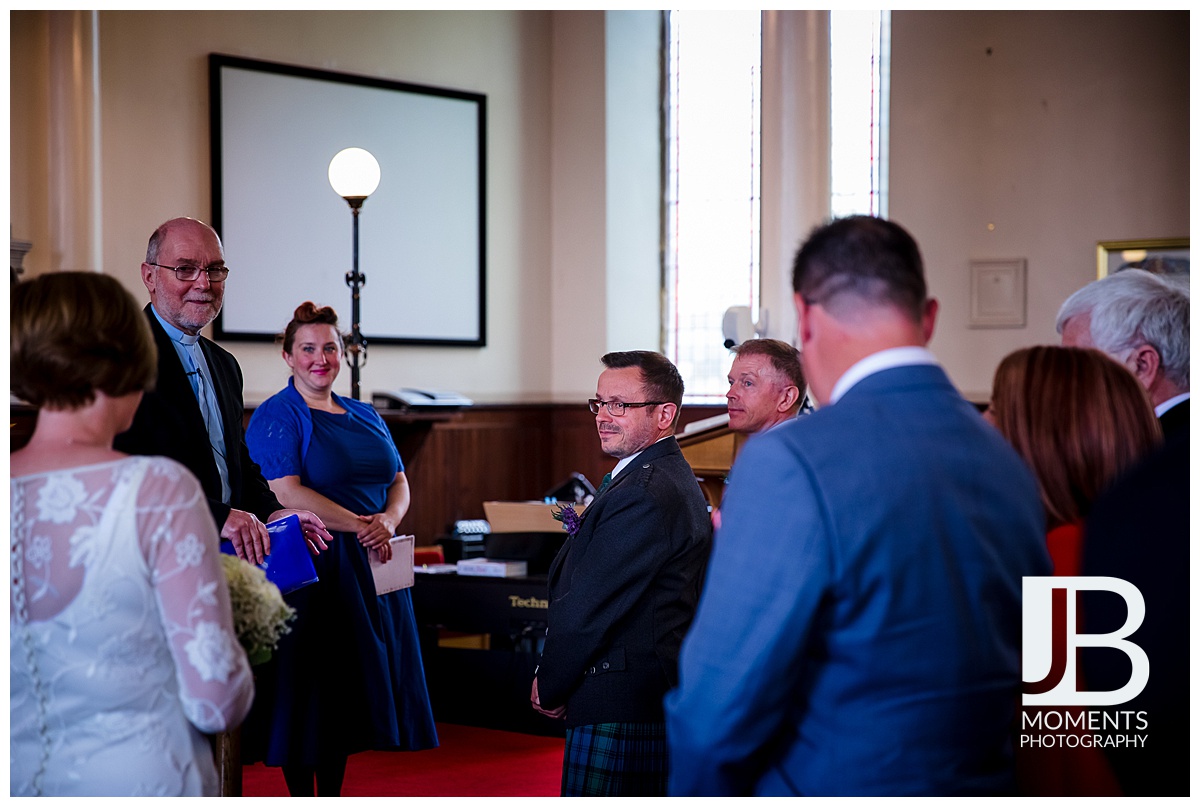 Excuse me whilst I go all gooey for a moment 🙂

It was a lovely service filled with love and laughter and some sage words of advice from their minister.

Emma had managed to hold it together throughout the ceremony but as she got to the church doors and saw her scouts standing in the rain to give their Leader a salute of honour the tears started flowing. 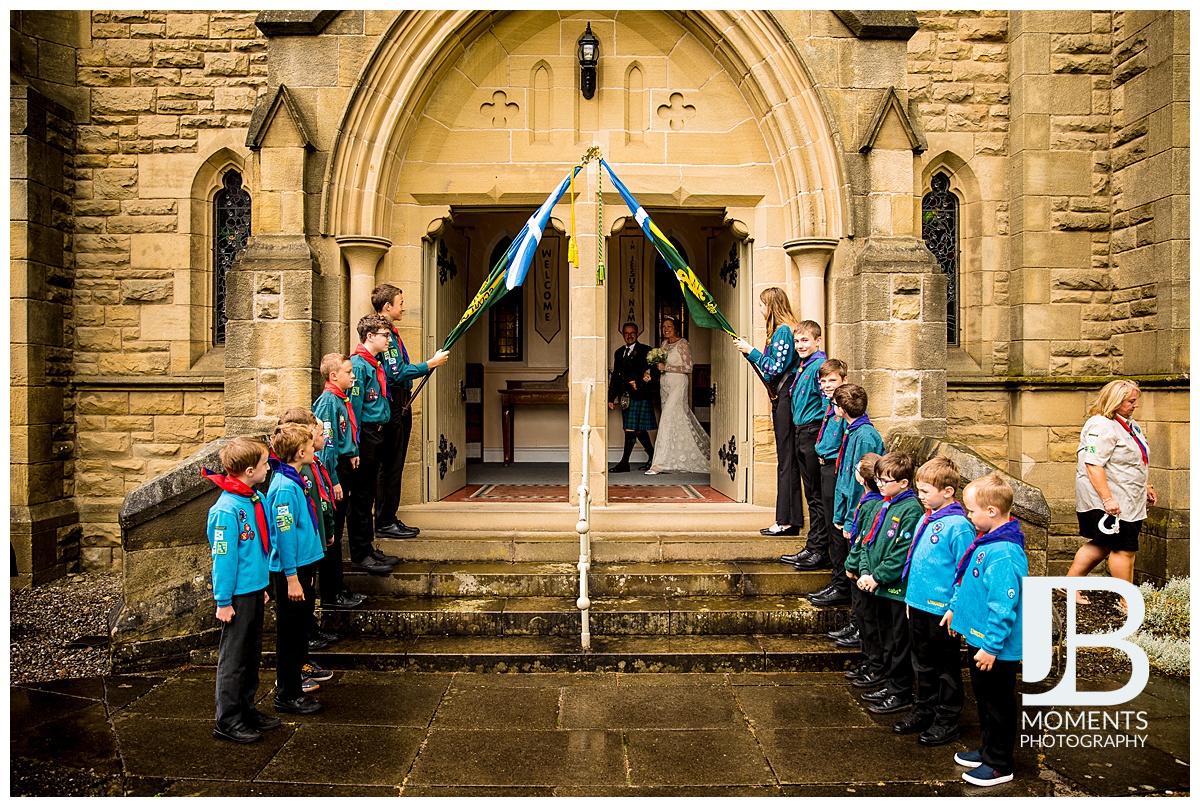 The poor scouts might have been waiting in the rain but the sun came back out right when I needed it for the group photos and pictures of Emma and Robert in the charming church gardens.

All the guests were keen to get their pictures of the happy couple as well so I turned the camera on them as I love getting shots of the ‘paps’ as well!

Emma and Robert decided a laid back reception back at their house was in keeping with their personalities and style. 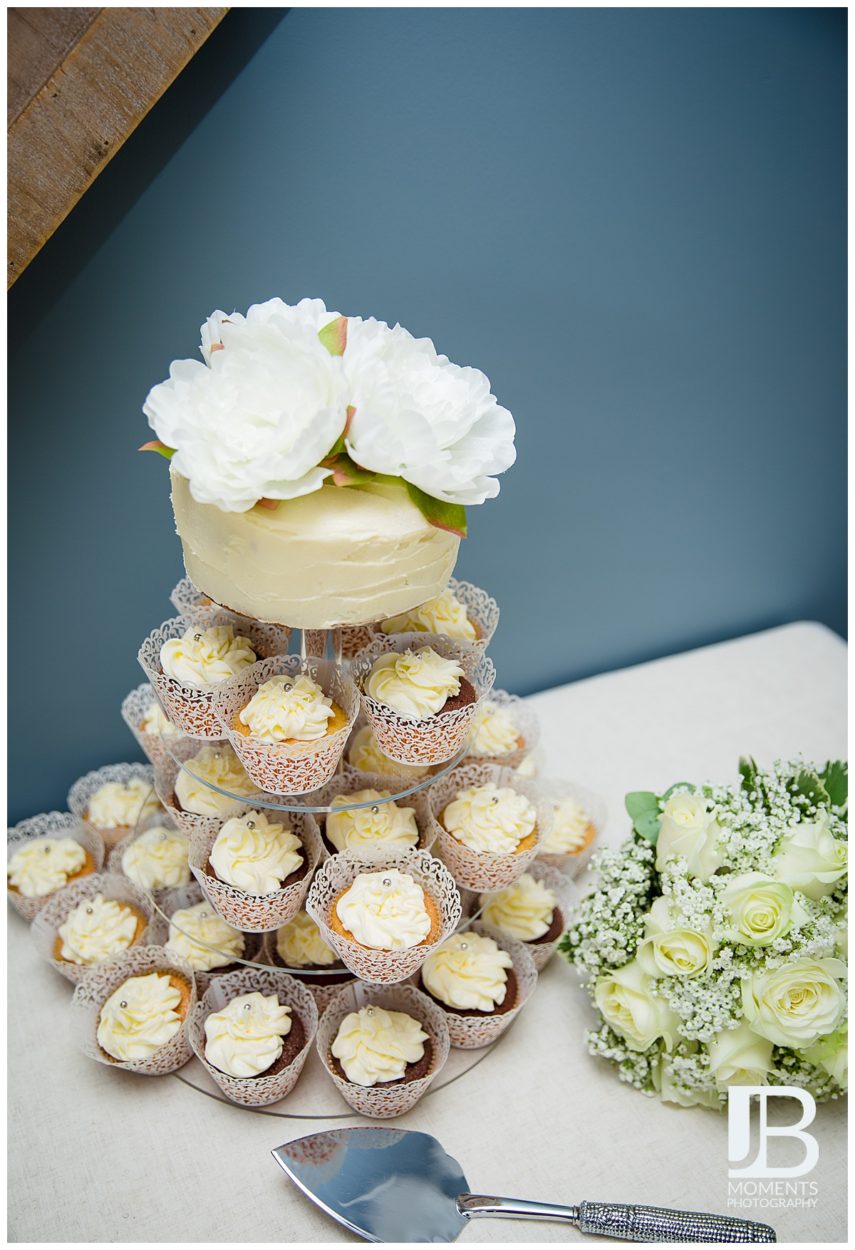 Emma made the tasty looking wedding cake and vanilla and chocolate cupcakes herself. The Secret Chefs did their catering for them. It smelt and looked delicious as it was being put out.A perfect solution to ensure you are not stuck in the kitchen on your wedding day…

Because Emma and Robert were having their reception at home I was keen to have a bit of fun and knew they would be up for it. I had this vision of an image of them doing something really mundane and domestic whilst in their fancy wedding gear! The guests all looked a bit alarmed when I started asking Emma where the rubber gloves were!!! They quickly headed outside to the marquee! 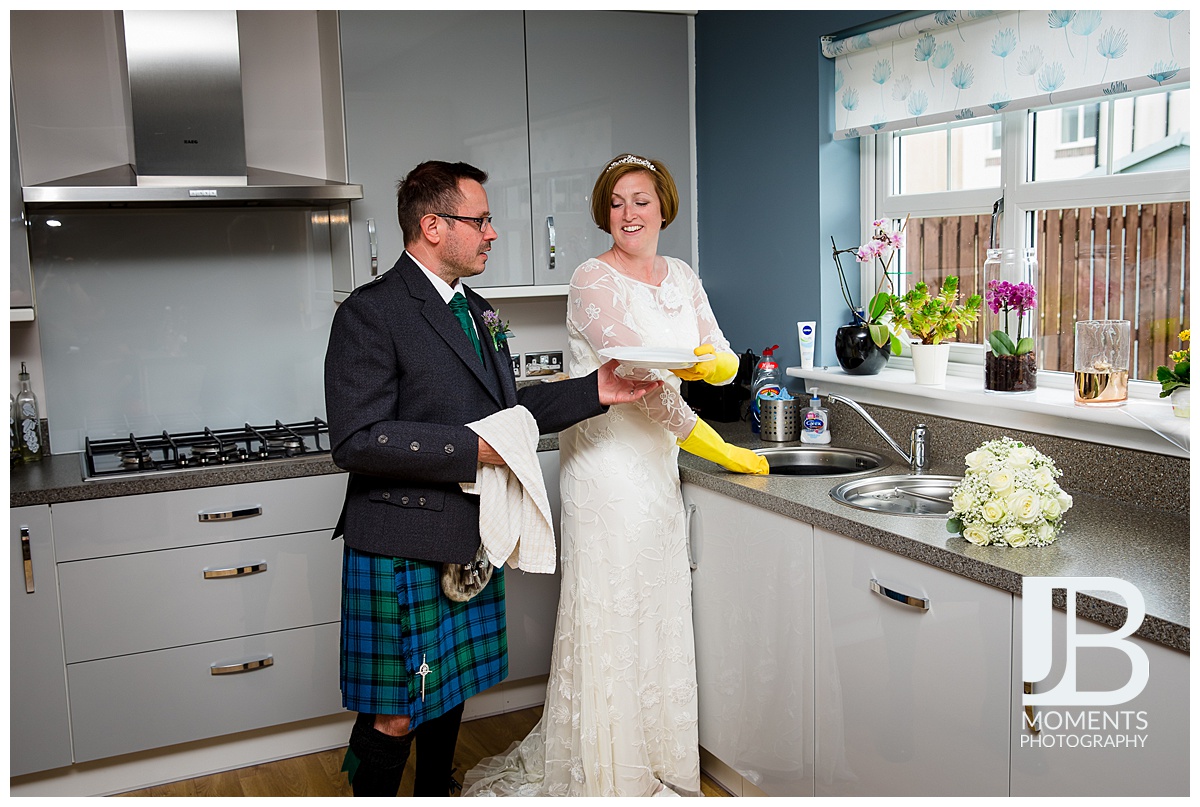 I LOVE the resulting images we captured with this one being my favourite. They were such good sports 🙂

Congratulations again Mr and Mrs Kerr. It was a real honour to capture your big day for you. 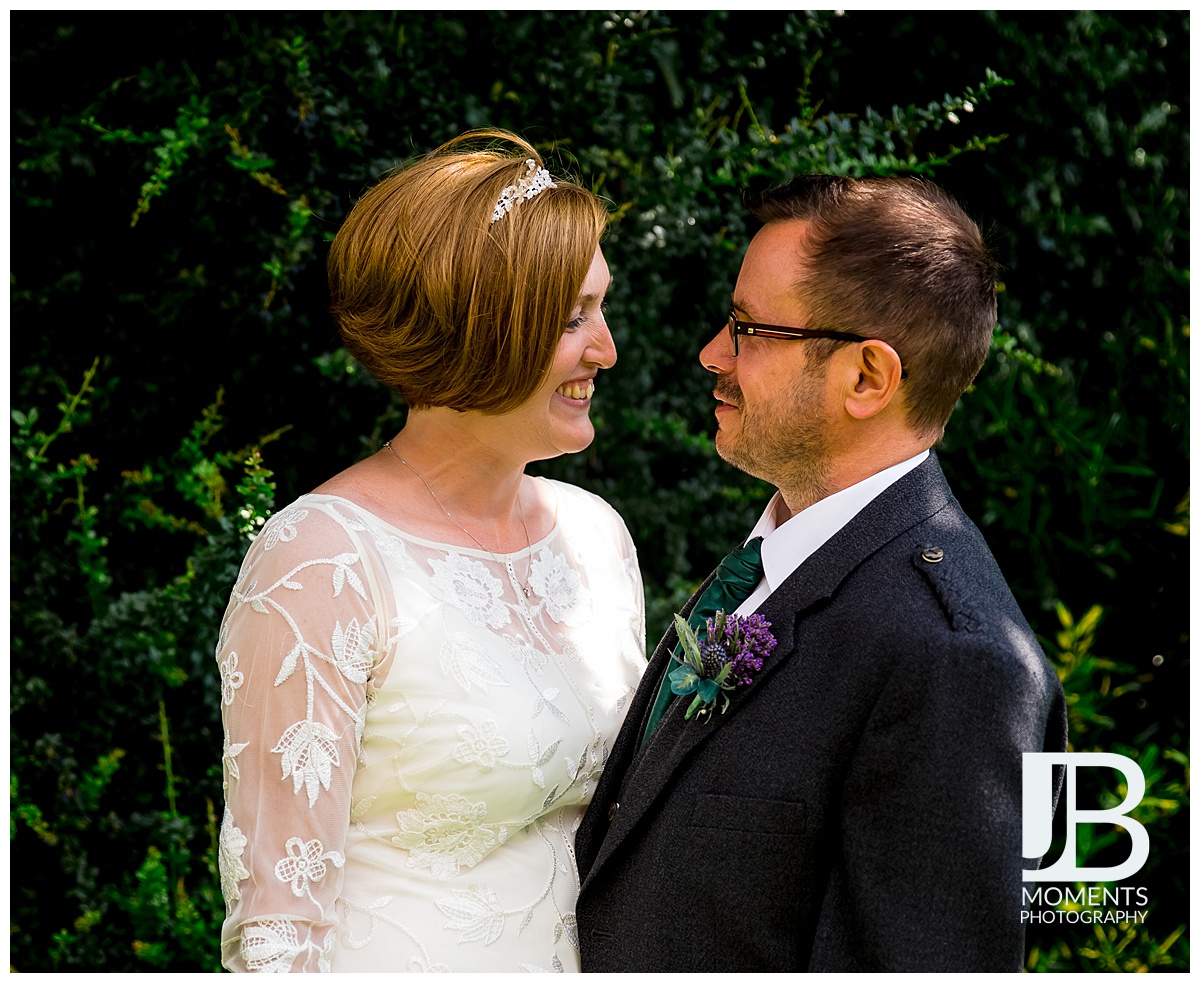