As I was bombing along the M9 on my way to shoot the bridal prep of my second wedding in three days I was happily singing along to the Love Songs Show on Radio 2 (yes Radio 2 sorry, not sorry). The perfect radio station choice for a wedding day 🙂

Whilst my choice of radio station might not be very modern, the way Kirsty and John met was. They met on that well known dating app and met up for drinks on a Thursday night in 2016. By the Friday night Kirsty had practically moved into John’s house and on the Saturday John met Kirsty’s parents! (Sounds a bit like a Craig David Song – showing my age again!!). Kirsty’s Dad discovered that he already knew John from the drinking establishment they both frequented so that was one seal of approval gained.

When you know, you know and soon they discovered they were going to be parents and their son Leighton arrived 🙂 Shortly after he was born the couple were shopping in the Gyle and John said, ‘lets look at rings’, and that was that! Let the wedding planning commence!

When I arrived at the Leonardo Hotel at 10am Helen and Angie from City Brides Edinburgh had already set up their chairs and supplies at the hotel room window and were ready for hair and make up action. I can honestly say I have never seen so many eyeshadow pallets lined up on one windowsill! The girls worked their magic on a four (nearly five) year old flower girl, two bridesmaids, the mother of the bride and of course the bride as well as finding time to chat to us all, sing along to songs and offer advice to the mother of the bride’s sister! They were amazing. 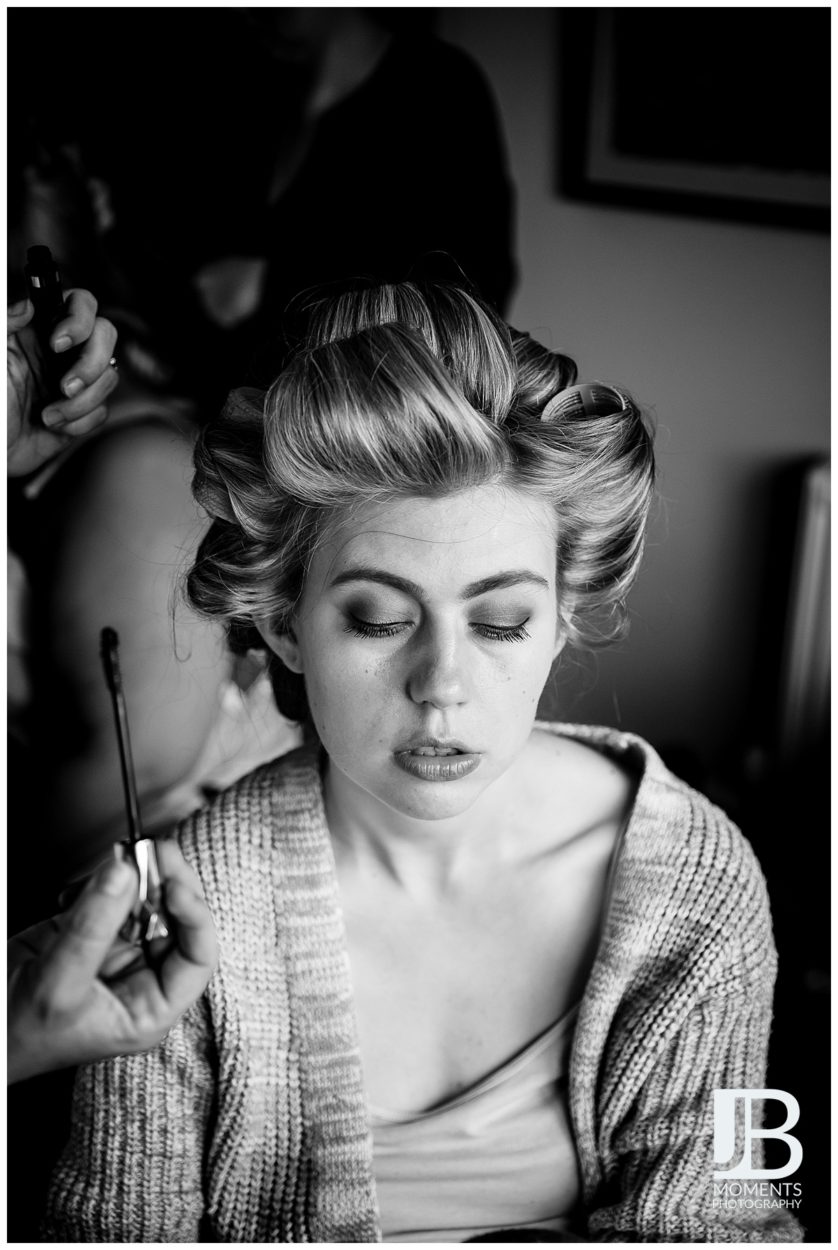 When there is so much going on in a hotel room I like to turn the pictures into black and white to keep them simple. I love how Kirsty looks like a Film Noir star in this picture.

Meanwhile the Groom, John and his Best Man Pete were having a far more relaxed time of it. Having got ready at home, John and Pete were enjoying a nice relaxing pint at the bar when I barged in and hassled them outside for some photos. 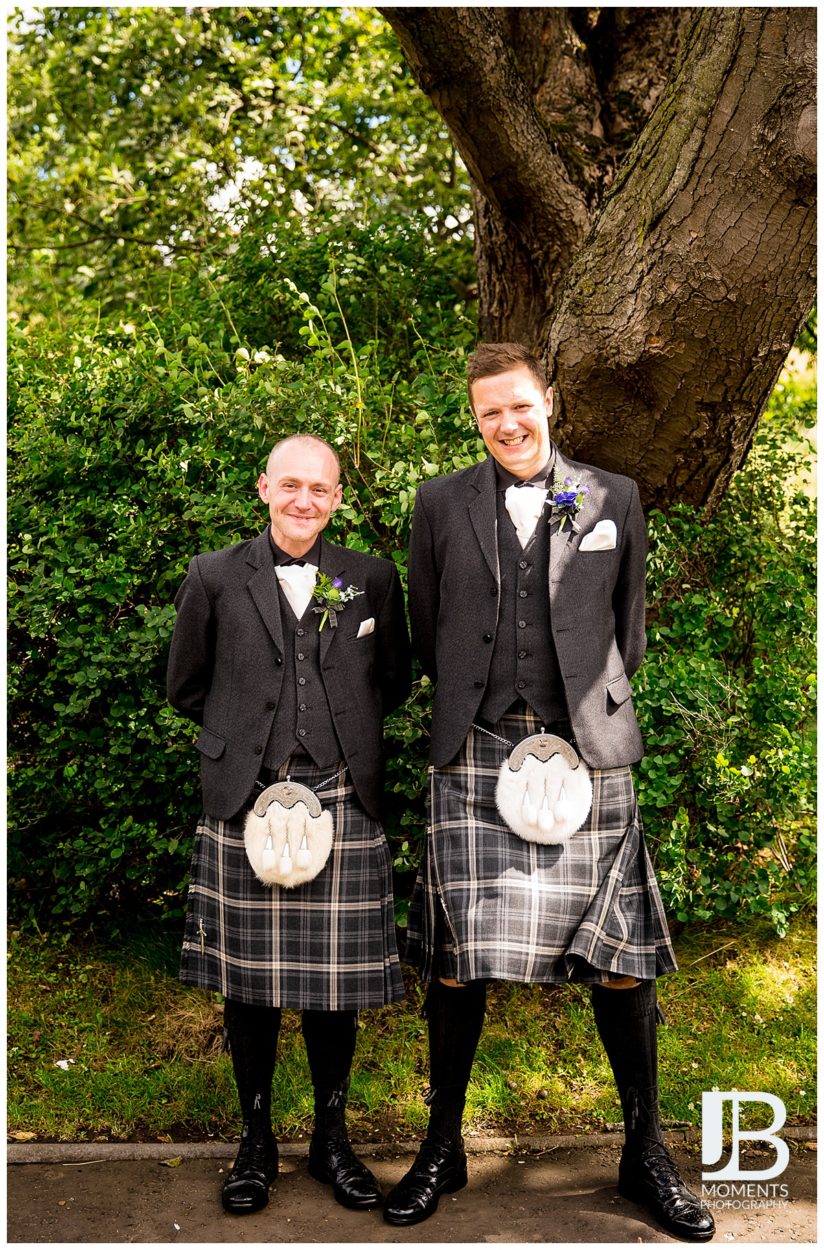 They had scrubbed up well in their kilts from Eight Yards kilt hire.

Leighton had a matching kilt and was his Daddy’s mini me.

Talk about stealing the show.

Kirsty walked down the aisle on the arm of her very proud dad George. They were piped down the aisle to the beautiful sound of Highland Cathedral.  Kirsty and John had opted for a Humanist ceremony and had written their own vows which was a sweet and tender touch to the proceedings. 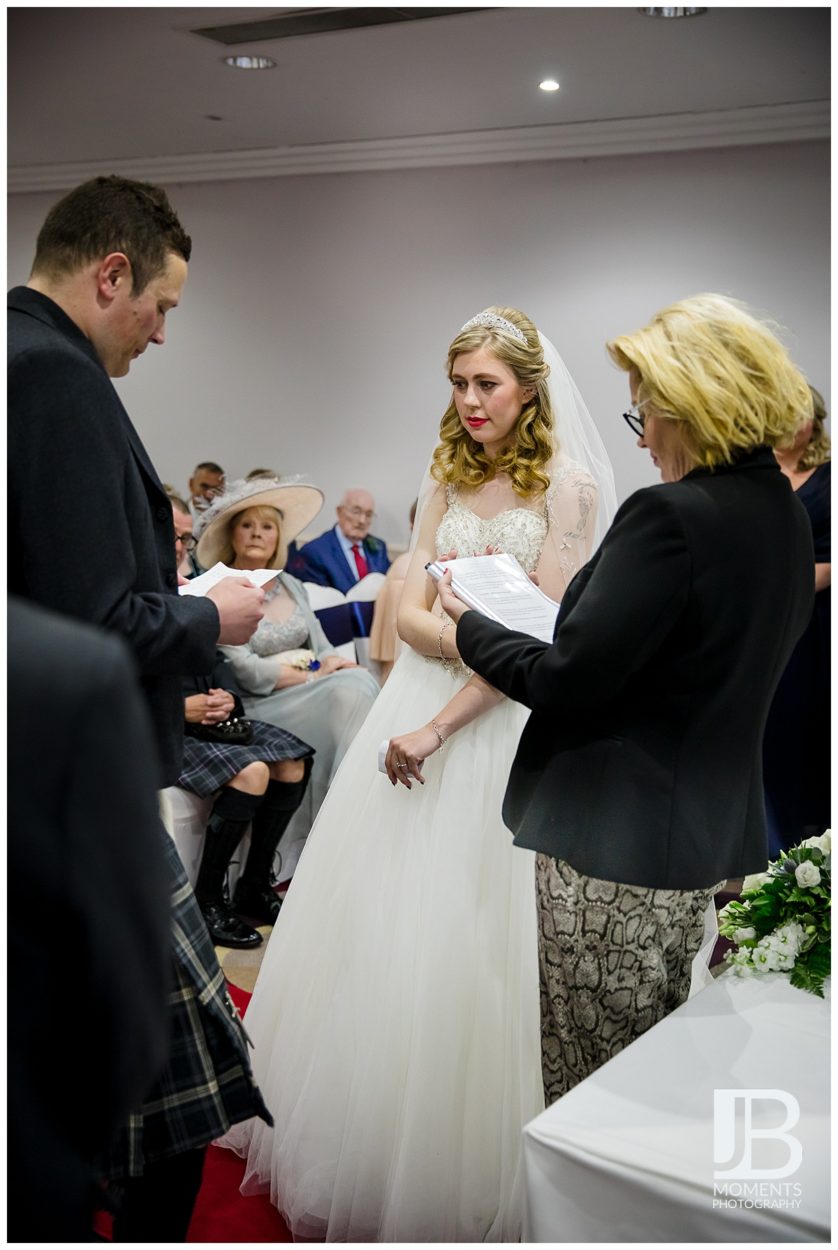 Leighton was sat with Granny Linda, who was resplendent in her pink and grey Mother of the Bride outfit from Catwalk in Falkirk. 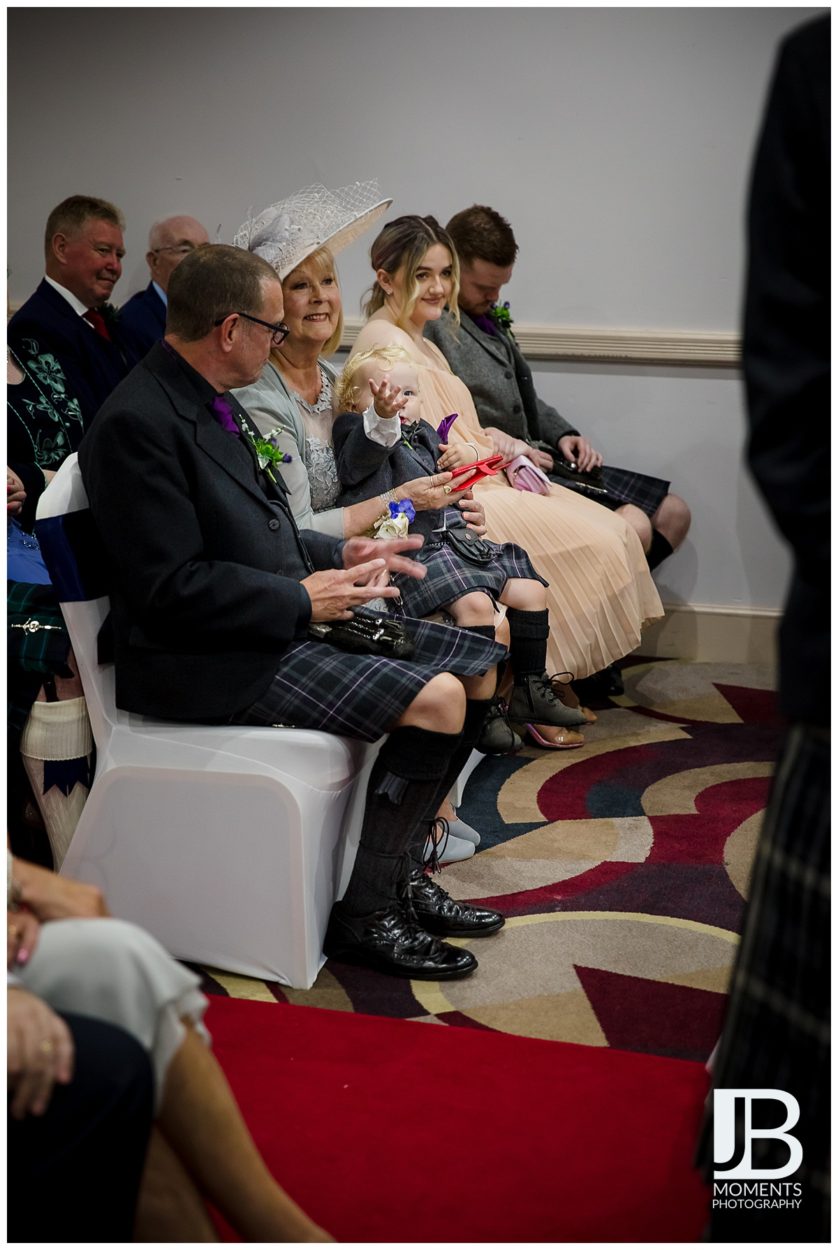 But he wanted in on whatever Mummy and Daddy were doing! I think it’s lovely that one day he is going to be able to look back at the pictures and know that he was there to share in his parents special day.

I like to not keep my brides and grooms away from their guests too long for the formal pictures. After all it is their day I am capturing, not a portfolio building exercise for me. That said, throw in a 21-month-old who is ready for a nap and those time scales get even shorter!

We had planned to go into the meadows across the road from the hotel for some dreamy shots amongst the long grasses. But… after heavy rain the day before, Kirsty’s heels were not  up for it and I didn’t want her beautiful dress to ruin. So we ended up at the side of the road…. 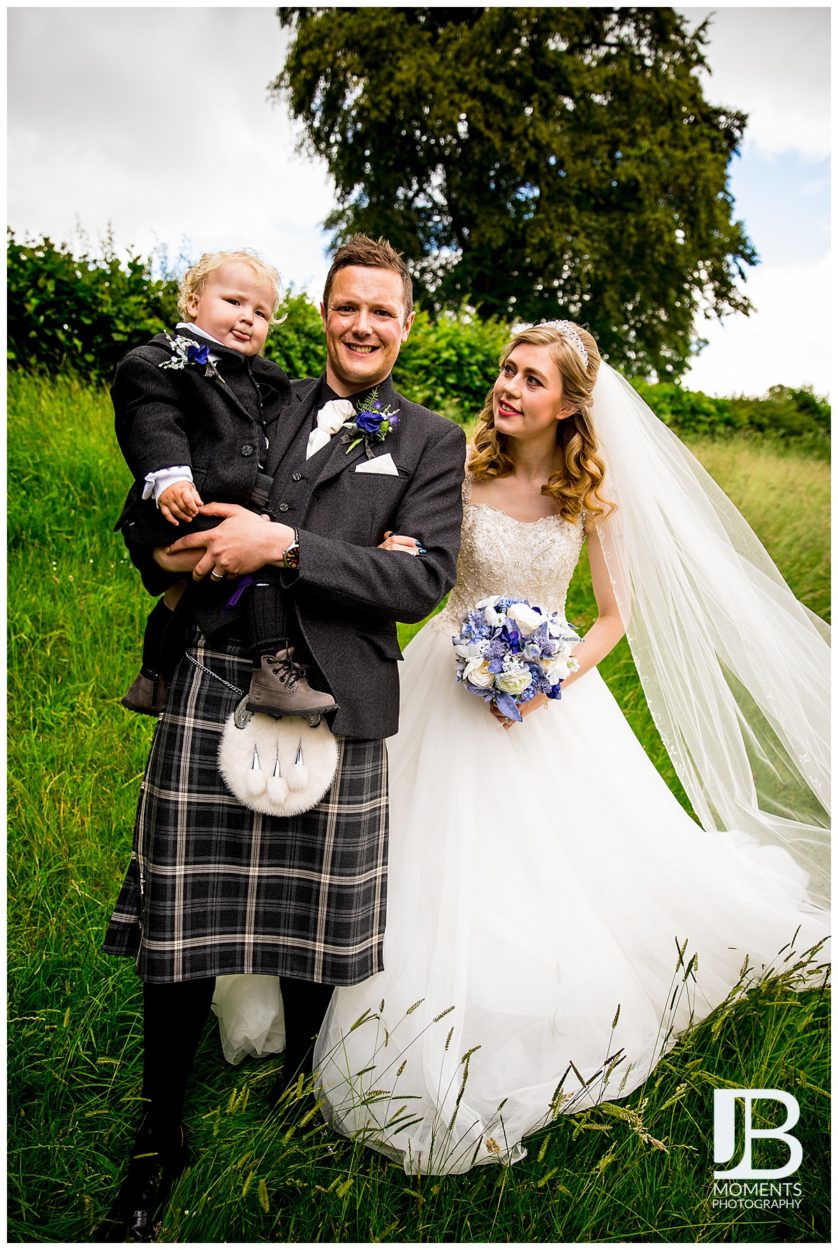 But I don’t think you can tell from this picture, can you? I think it still looks like the beautiful long grass shot I envisaged.

Capturing Kirsty, John and Leighton as naturally as possible was the aim of the game and I love the shots I got of them walking with Leighton. 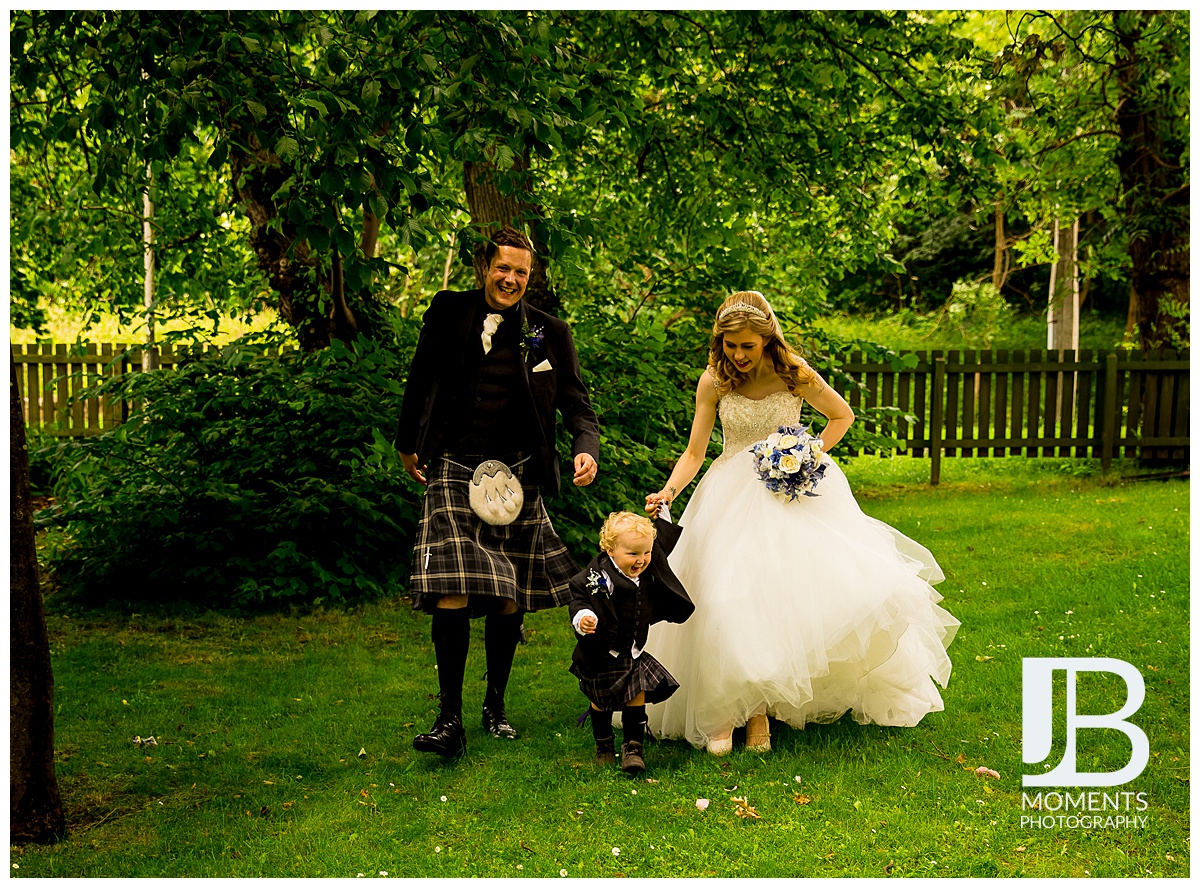 Be still my heart! What a gorgeous little family.

It’s not a wedding without photos of the bridal party and this group didn’t disappoint. 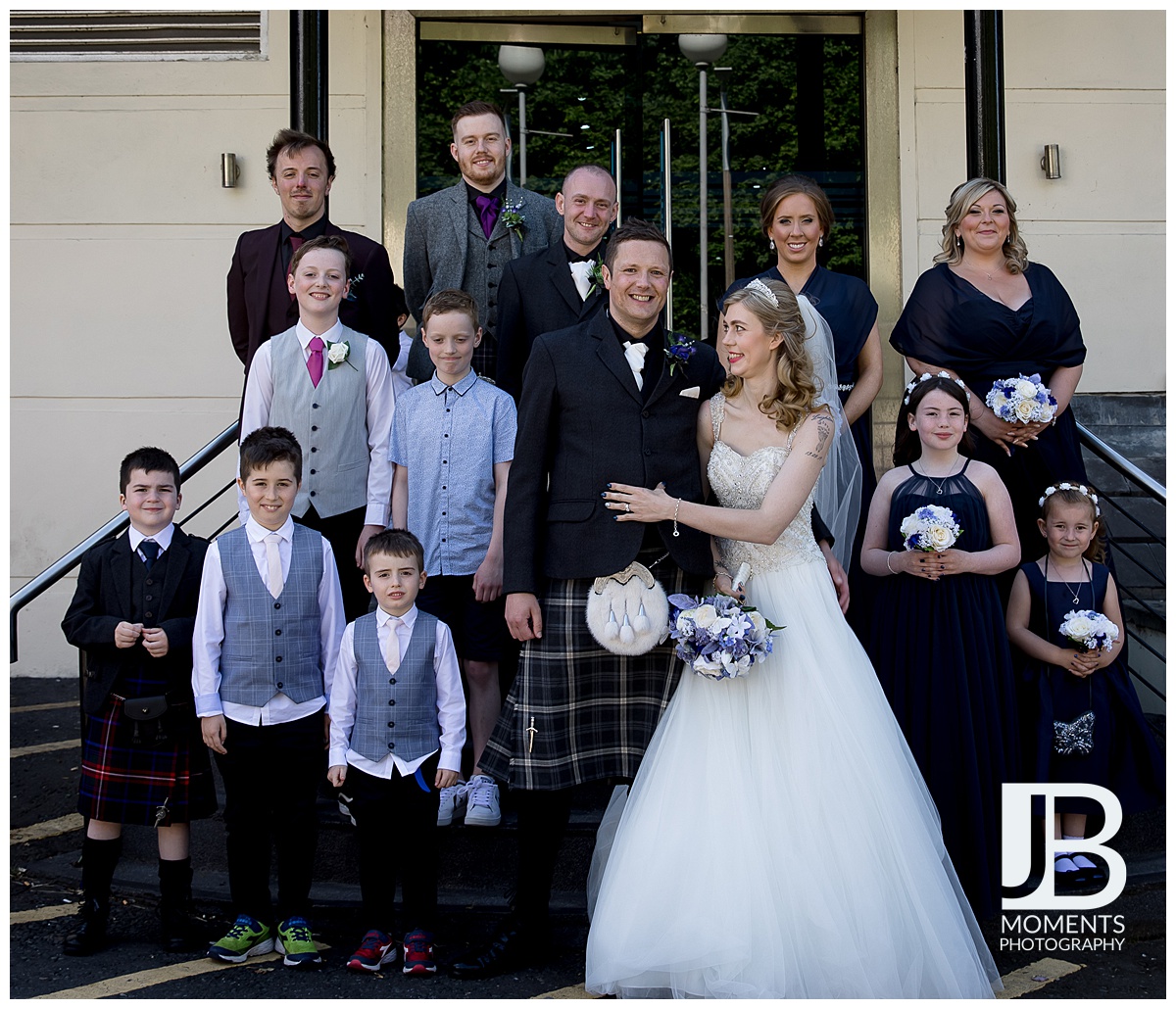 I loved the bridesmaids and flower girls navy dresses.

After the speeches and a three-course meal it was time for the evening guests to start arriving.

The cake was cut and Kirsty and John took to the dance floor to dance to Ed Sheeran’s Perfect as their first dance as husband and wife. 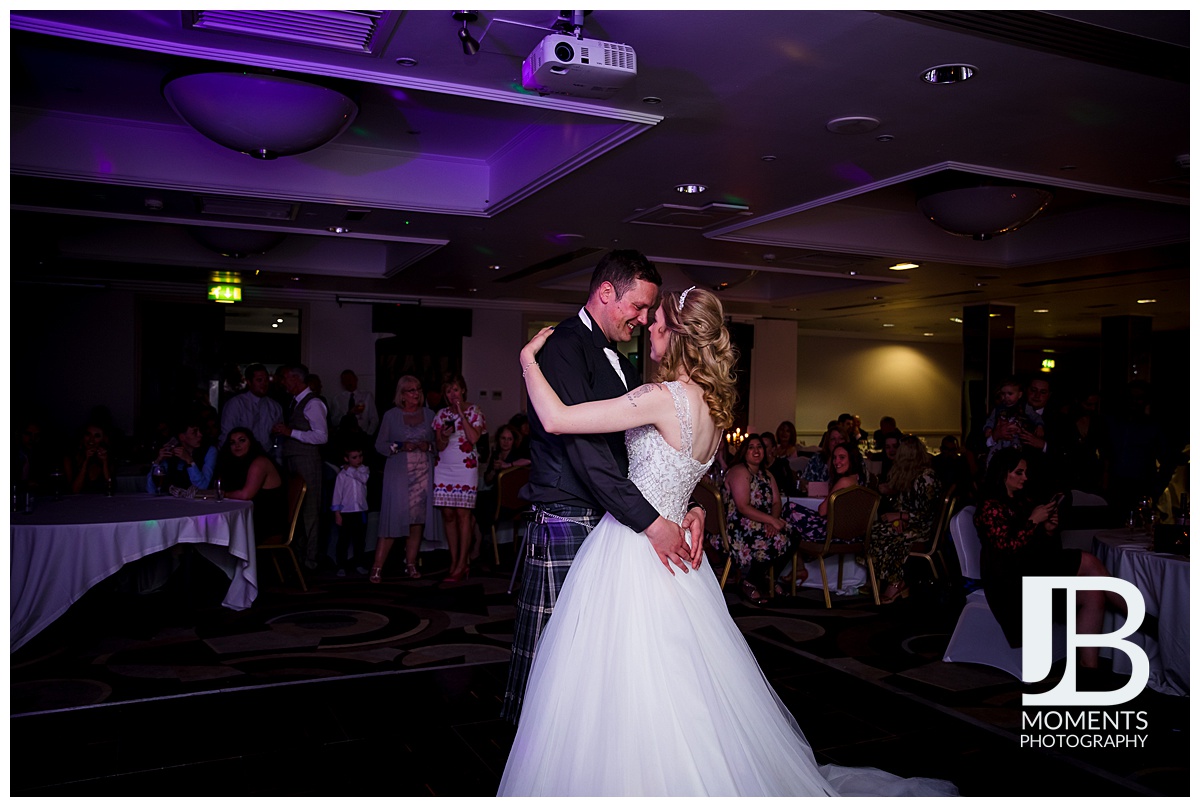 It was a great song choice as these two are perfect for each other and it was the perfect day. 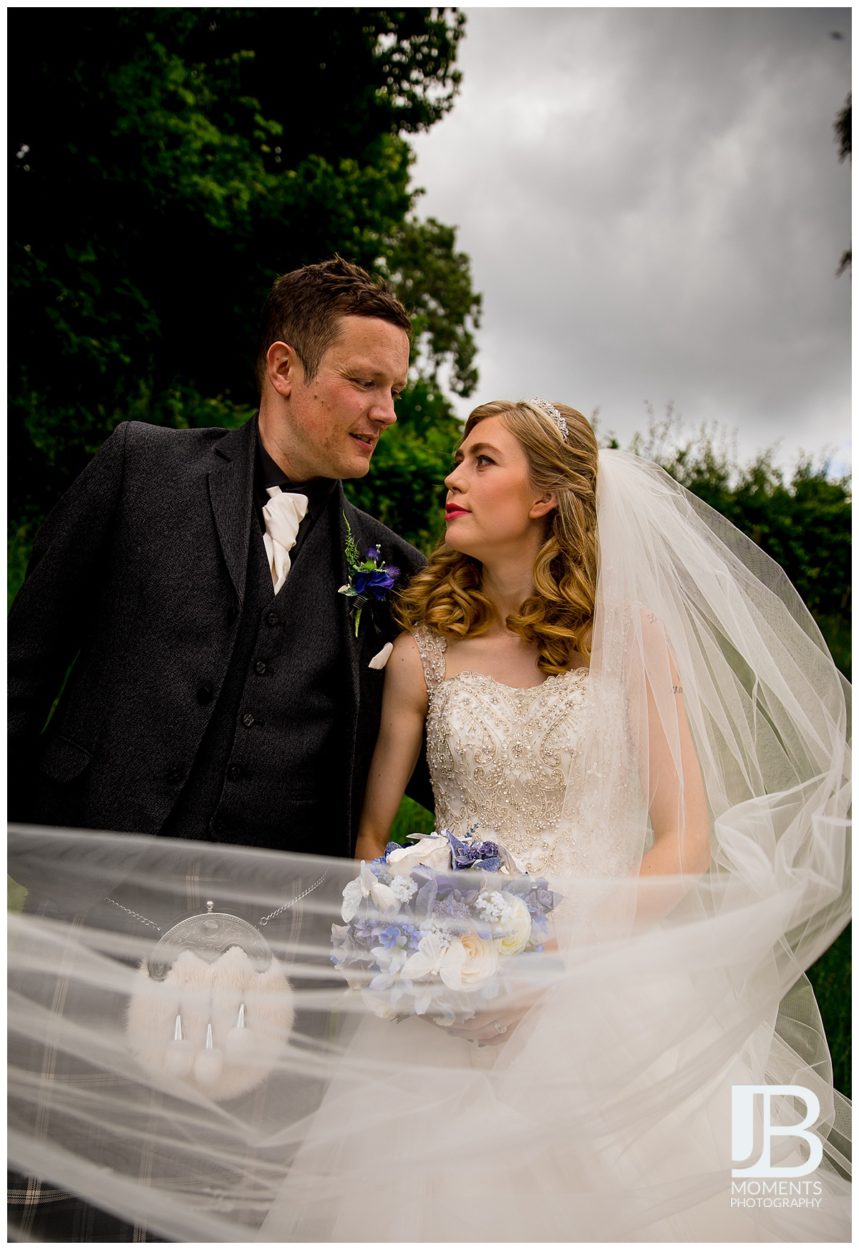