The first year of a babies life they change so much. It’s important to commit all those little details and changes to memory. One way to do that is with a Grow with Me photography package to capture your baby professionally in a studio at the key milestones of their first year.

That’s exactly what Mum Martina and Granny Diane chose to do after getting Alex photographed in my studio at two weeks new. When he came in  at 4 months old I couldn’t believe how much he’d changed already!

Here he is at two weeks old. 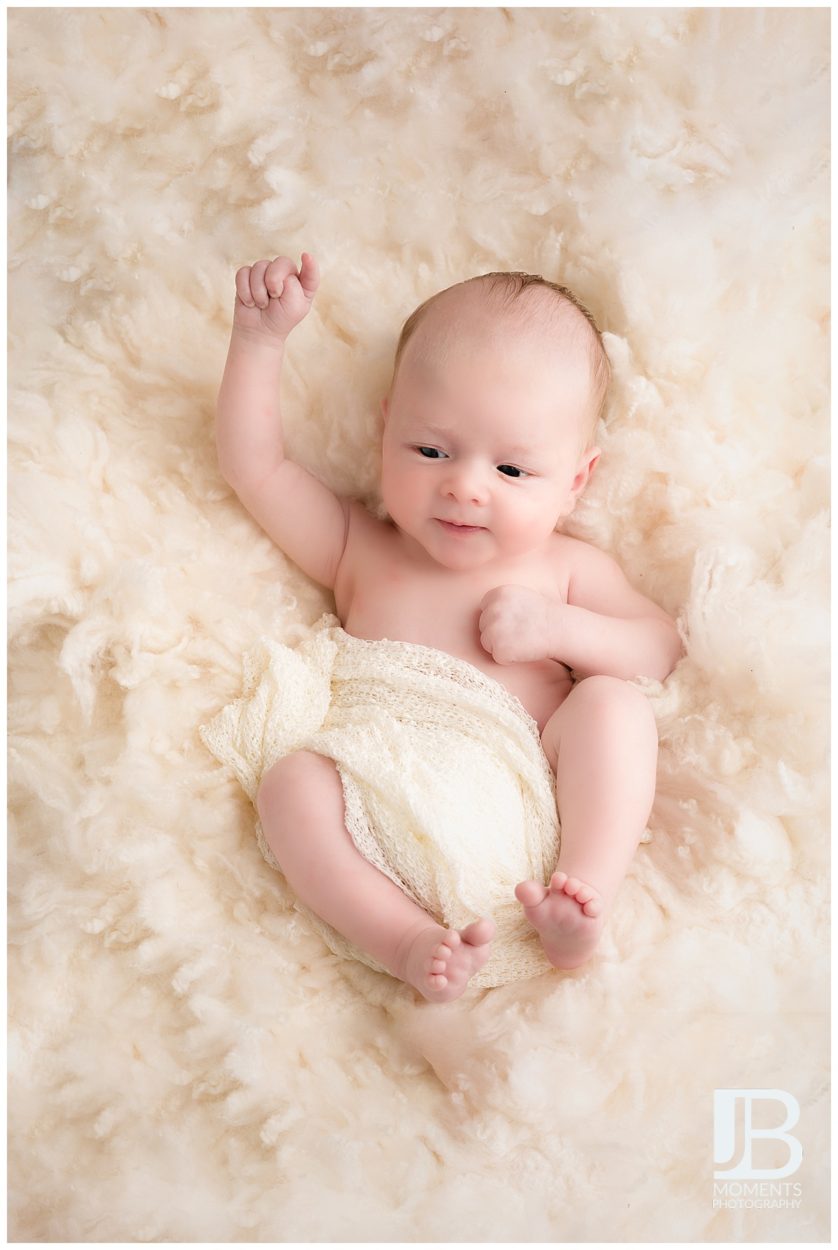 And here he is on a similar fluffy background at four months old. 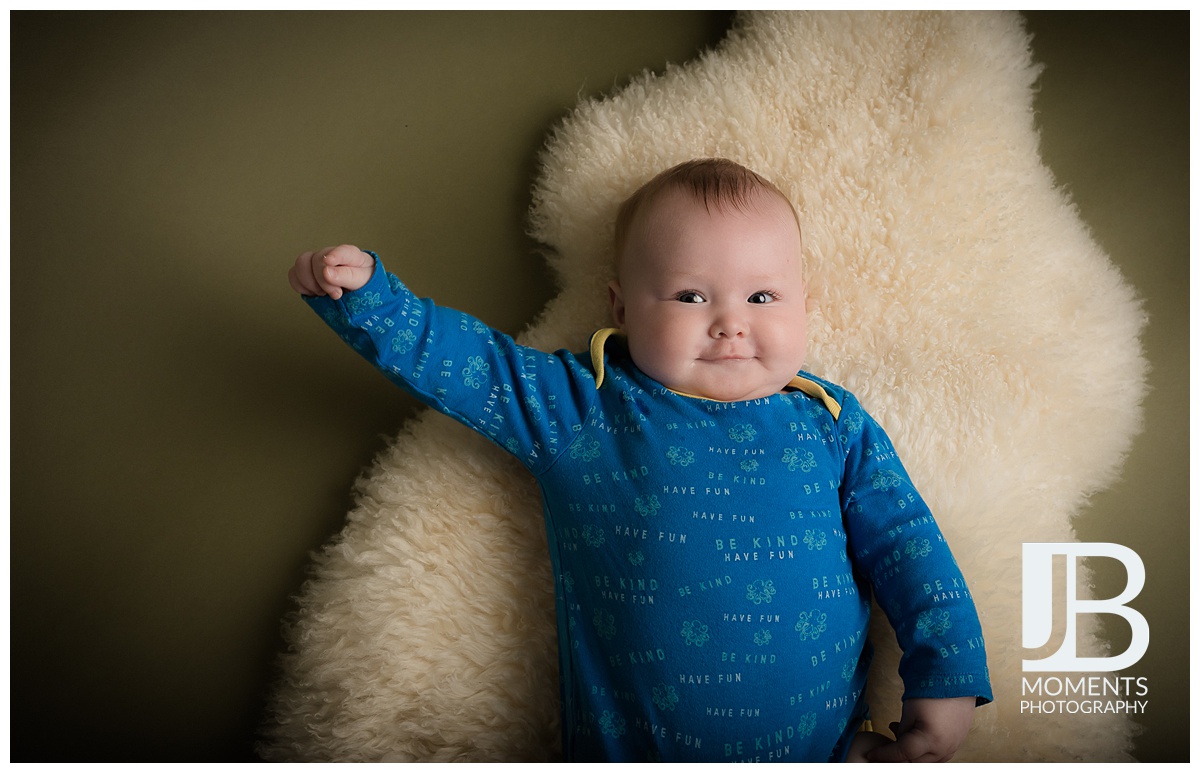 Still doing the ‘Superman’ pose but look how much he’s grown!!

At four months old babies know their parents and other significant people in their life. Alex was so smiley and happy especially when mum or granny were talking to him. His whole face seemed to like up. And don’t even get me started on those scrummy cheeks!

Another big milestone at around the four months mark is being able to lift their own heads unsupported. I always advise parents to book their four months session in the studio when they start doing this.

It has to be said a lot of four month olds don’t particularly like being on their tummy and if that is the case I usually save those shots until the end of the session. Alex started to roll himself over quite near the beginning of the session so I took the chance and positioned him on his belly. 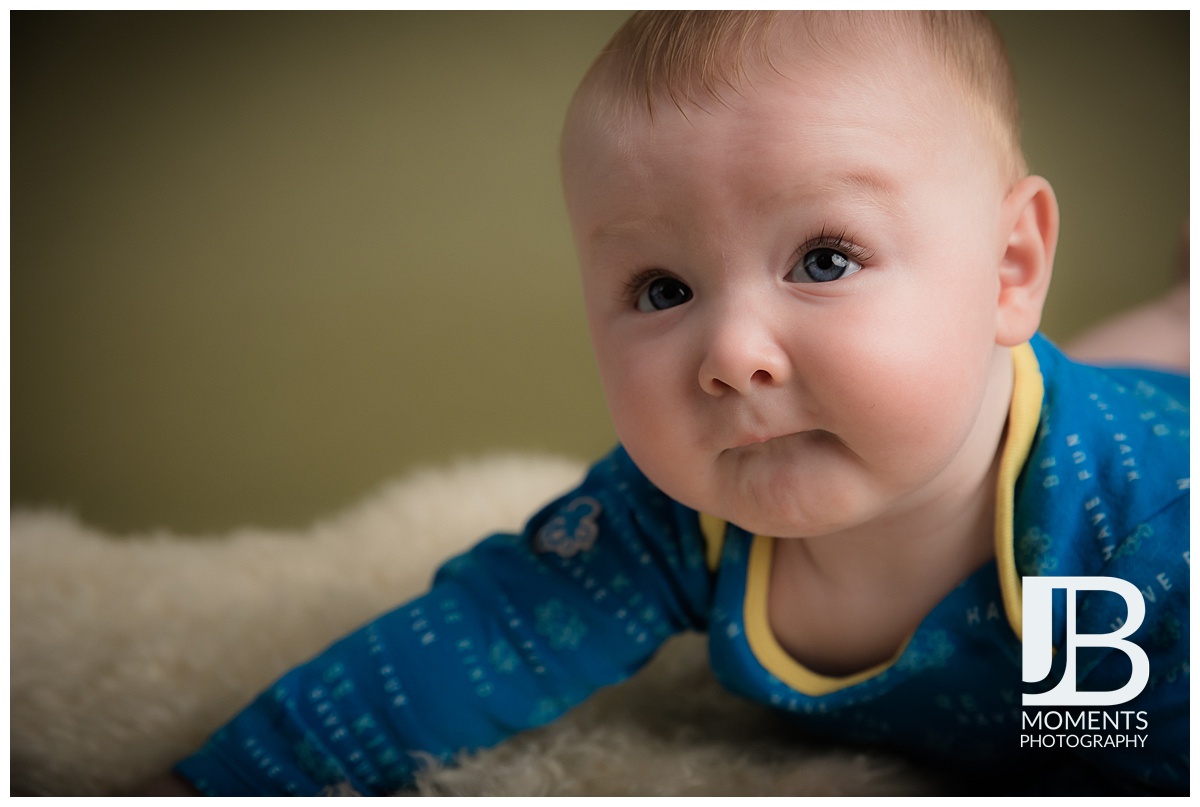 And the little champ rewarded me with gorgeous poses like this one. 🙂

Getting too big for your basket

When I’m shooting each Grow with Me session I am not just thinking about the images as standalone sessions but how they might work alongside the other 3/4  sessions that make up the full series. Especially in the Photo Book at the end of their first year.

With that in mind I like to shoot the same prop in each of the sessions to show how much the baby has grown each time.

When Alex came into the studio as a newborn I decided to use a dark brown basket stuffed with fluffy wool layers. 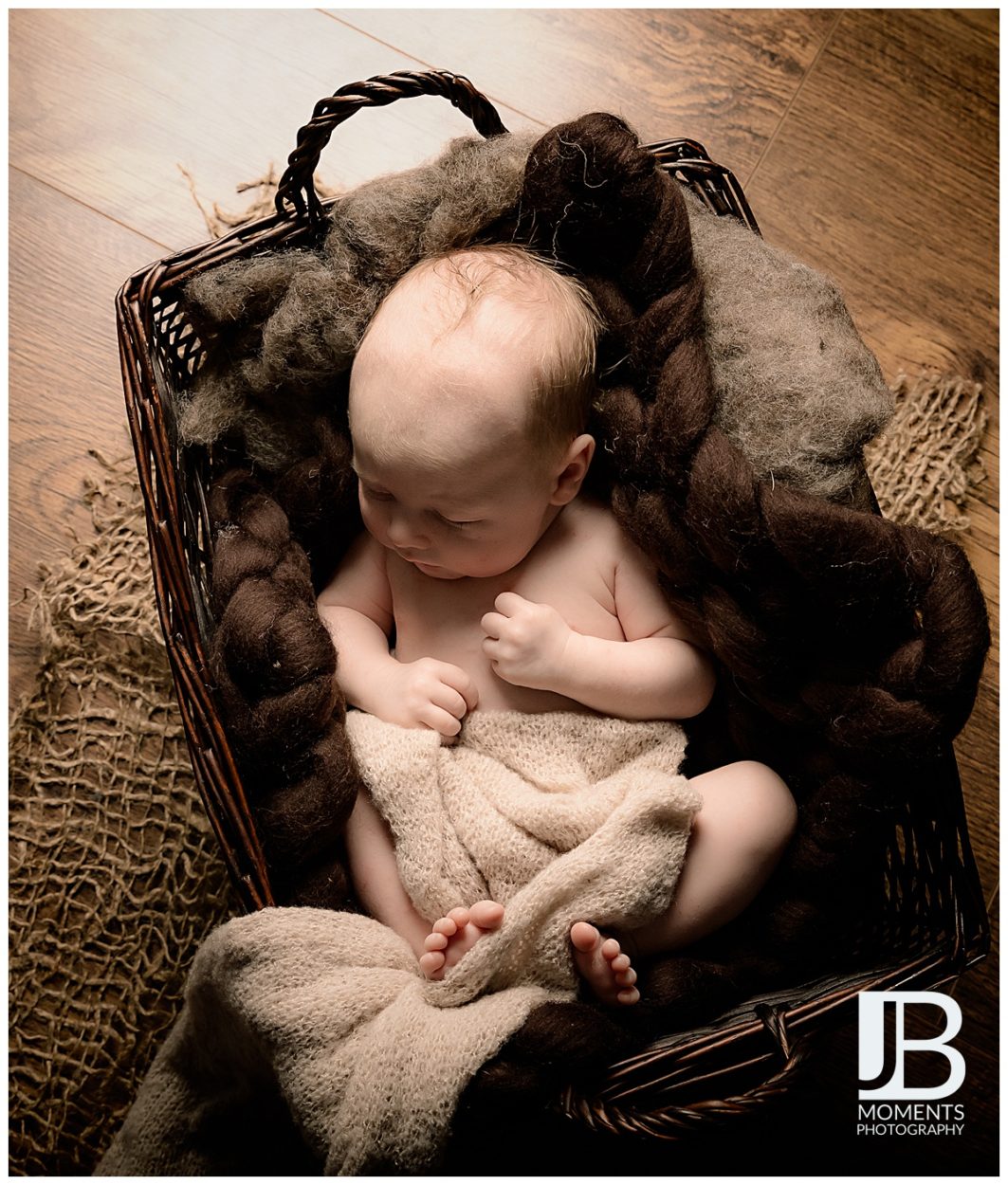 Be still my heart!

What a difference four months makes… 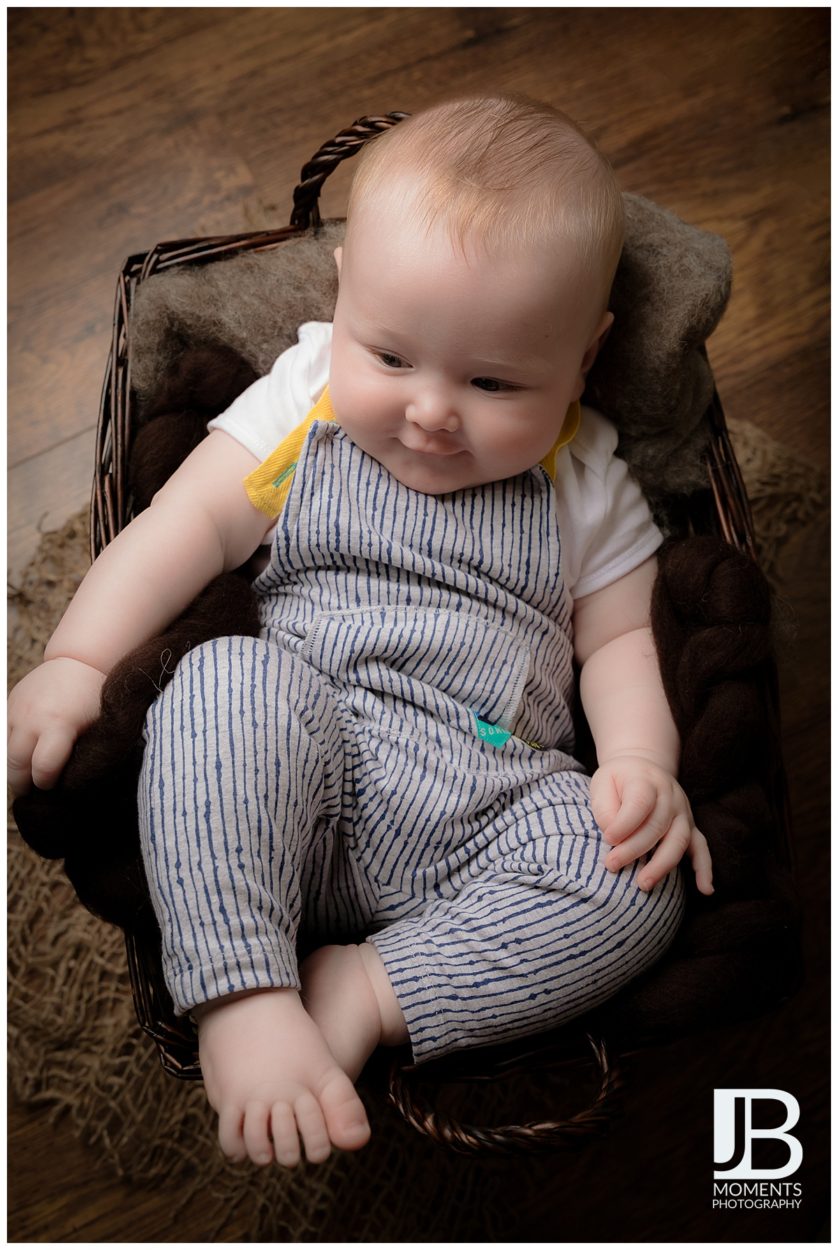 What a little star!

There’s an elephant in the room

Alex was such a professional superstar we got through all the ‘sets’ I had planned in record time. As he was still smiling and laughing I decided to pull out Nelly. I’m so glad I did… 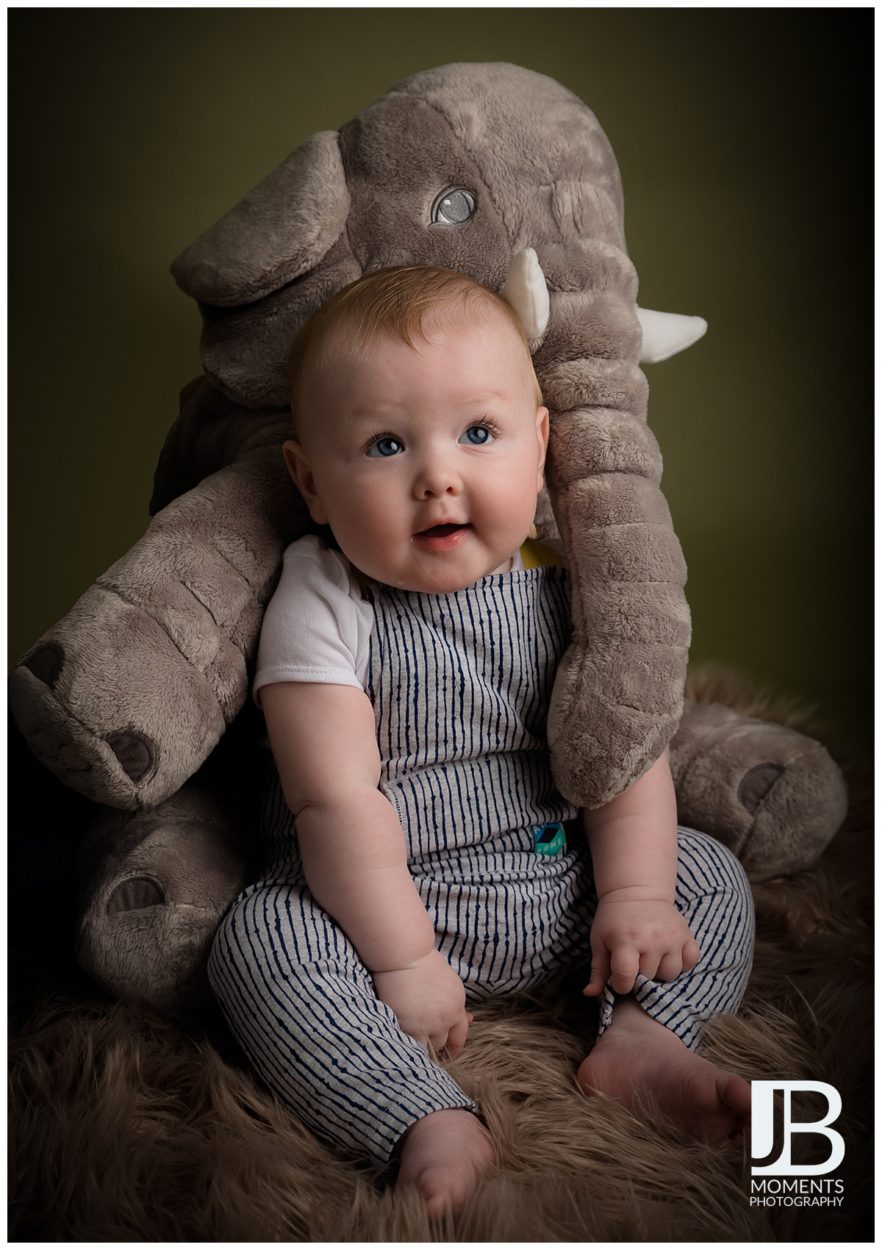 Then it was time to, reluctantly, give Alex back to his mum and let him get on with his day.