“Marriage is a relationship in which one is always right and the other is the husband!”

Margaret and Don Murray have been married for forty years. To celebrate they wanted a family photoshoot with their nearest and dearest. Their two sons, one partner, two grandkids and the most important members of their family. Bailey and Tia their Labradoodles.

Those of you that know me know I am besotted by my two Frenchies, Bert and Ernie. I also happen to think they are an excellent judge of character. We first met Don out walking Bailey and Tia and the dogs all loved each other. Not only that, Bert and Ernie took a shine to Don as well. Definite seal of approval in my eyes! And of course, they were right as the rest of the family turned out to be lovely as well. 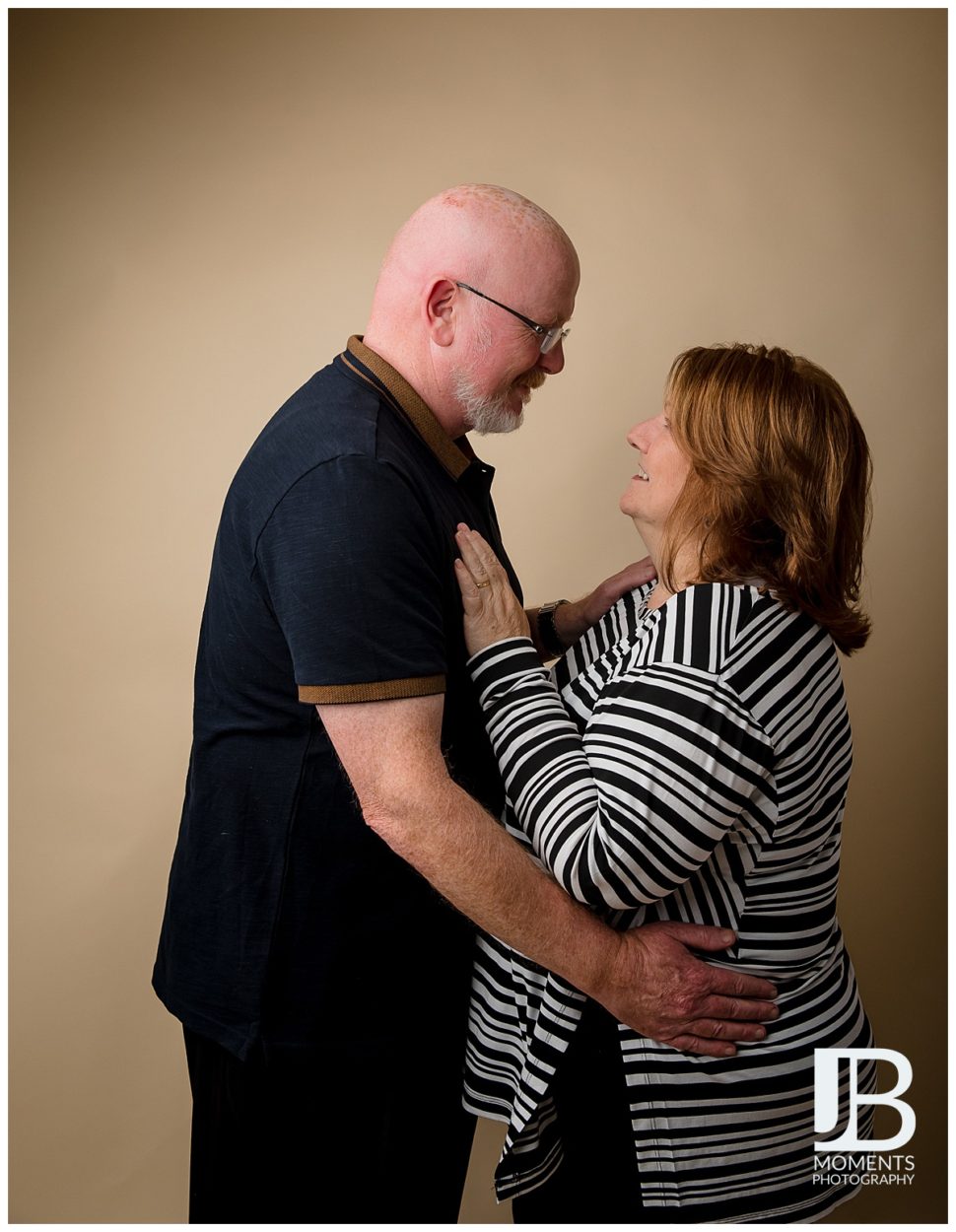 I can’t have a couple that has been married for 40 years in the studio and not ask them what the secret to wedded bliss is? The answer from Don was “do what you’re told!”. I have advised Mr JB of this handy tip immediately 🙂 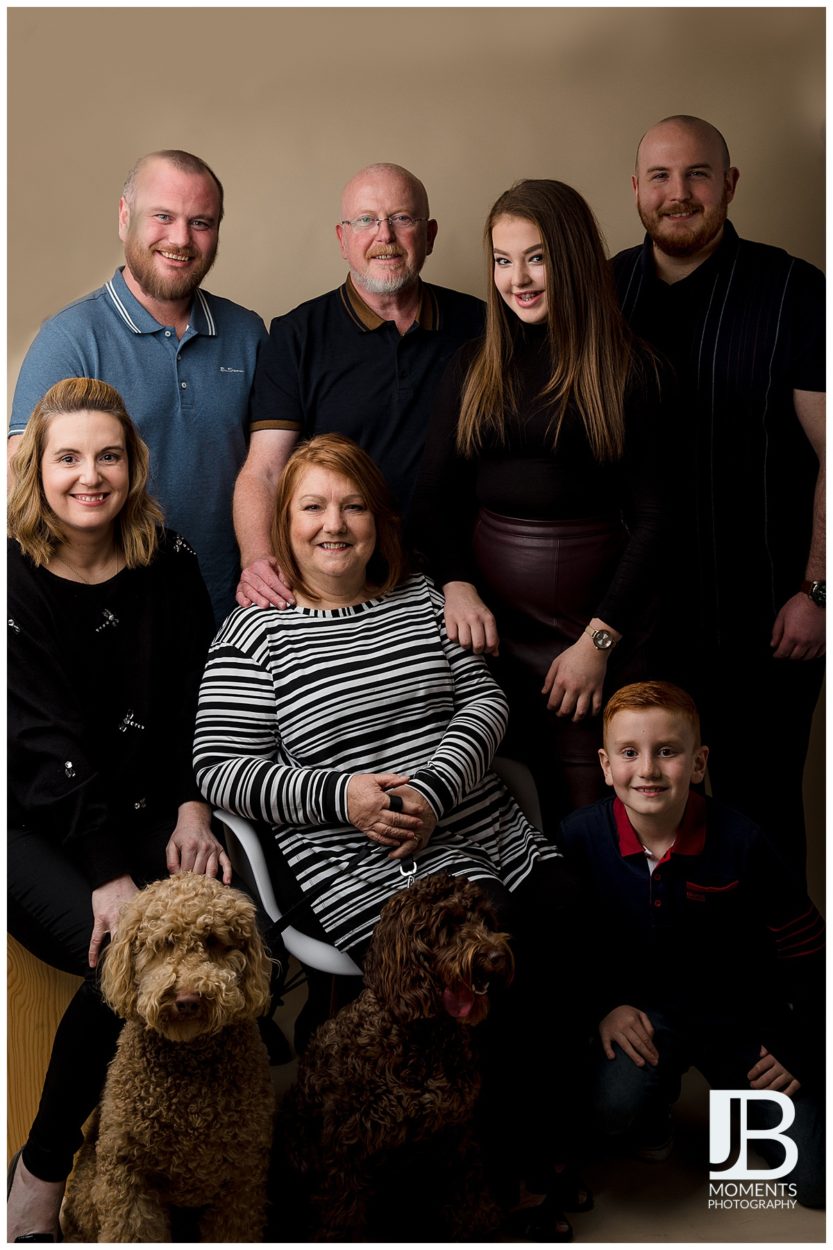 The family had great banter and you could tell they were all very close-knit. The session was great fun and Margaret told me at the end she had been dreading the session but actually enjoyed it. That’s music to my ears and the reason I do this job. 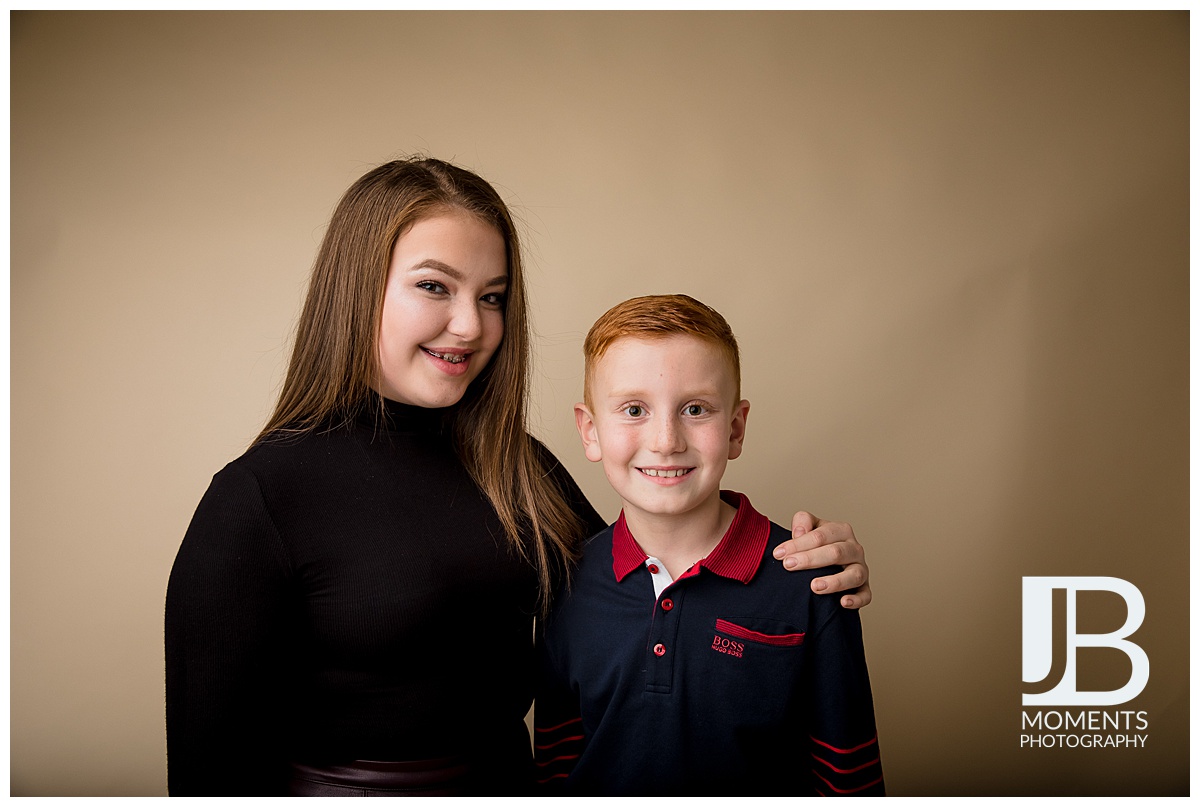 Beautiful Lois and child modelling superstar Blair are clearly much-loved grandkids and I could see why. Brilliantly behaved with the perfect amount of cheek, these two needed the least amount of direction from me. 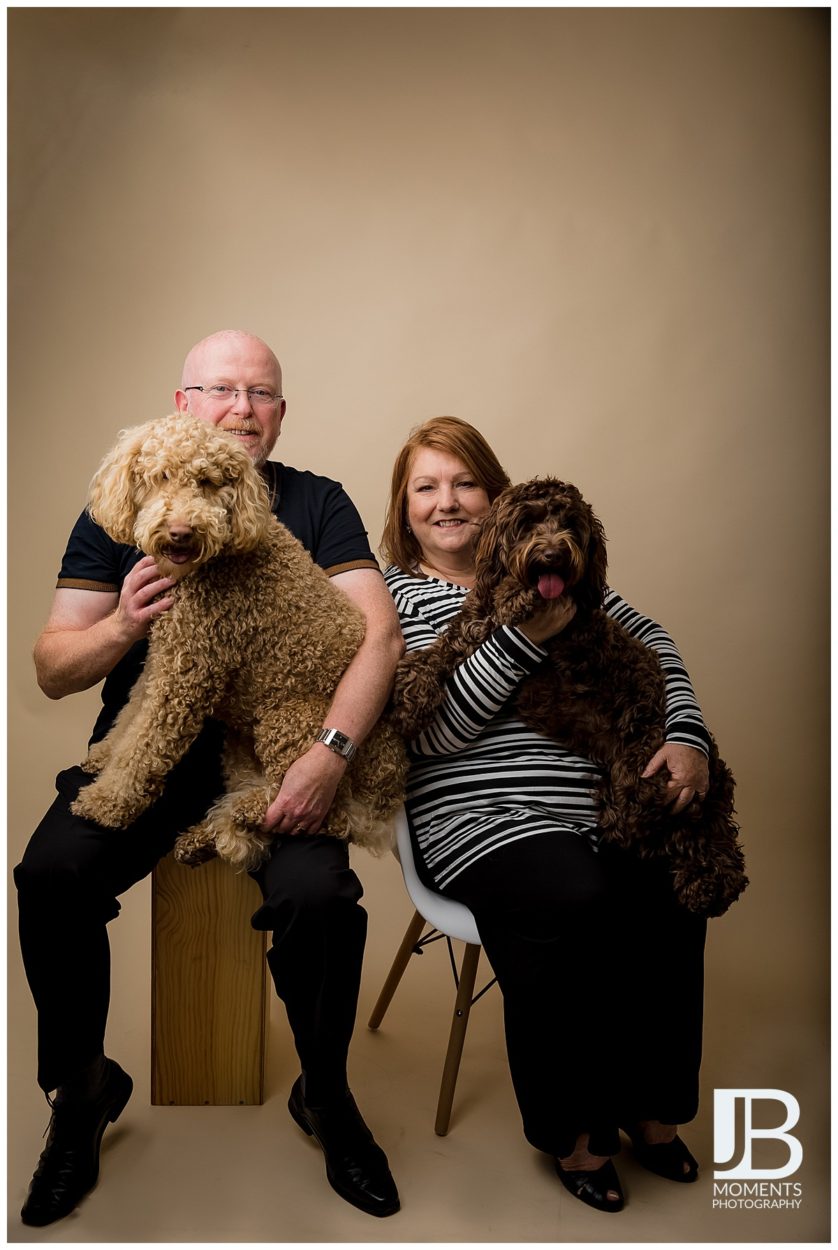 Everyone was in agreement that Margaret and Don’s absolute favey faves are their fur babies Bailey and Tia. The best bit – because they are so darn cute nobody seemed to mind.

Bailey arrived on the scene first and was named after a well-known drink because of his creamy colour. He was the couples first Labradoodle and they were soon totally smitten. So much so that they felt he needed a wee sister.

Sticking with the alcohol theme along came Tia. I had the pleasure of meeting her as a pup during our walks and she is a total cutie.

So there you have it. Families take many forms and all of them should be celebrated. This was such a fun shoot to do. Reason number 634 why I love my job 🙂