A Tale of Two Baby Boys

Last week I was lucky enough to have not one but two teeny tiny baby boys in the studio. First up was baby Max on the Monday and then later in the week baby Joey came to visit with his big brother and big sister.

Max couldn’t wait to meet his mum and dad so he arrived a full month early! He came into the studio at six weeks new (two weeks adjusted). 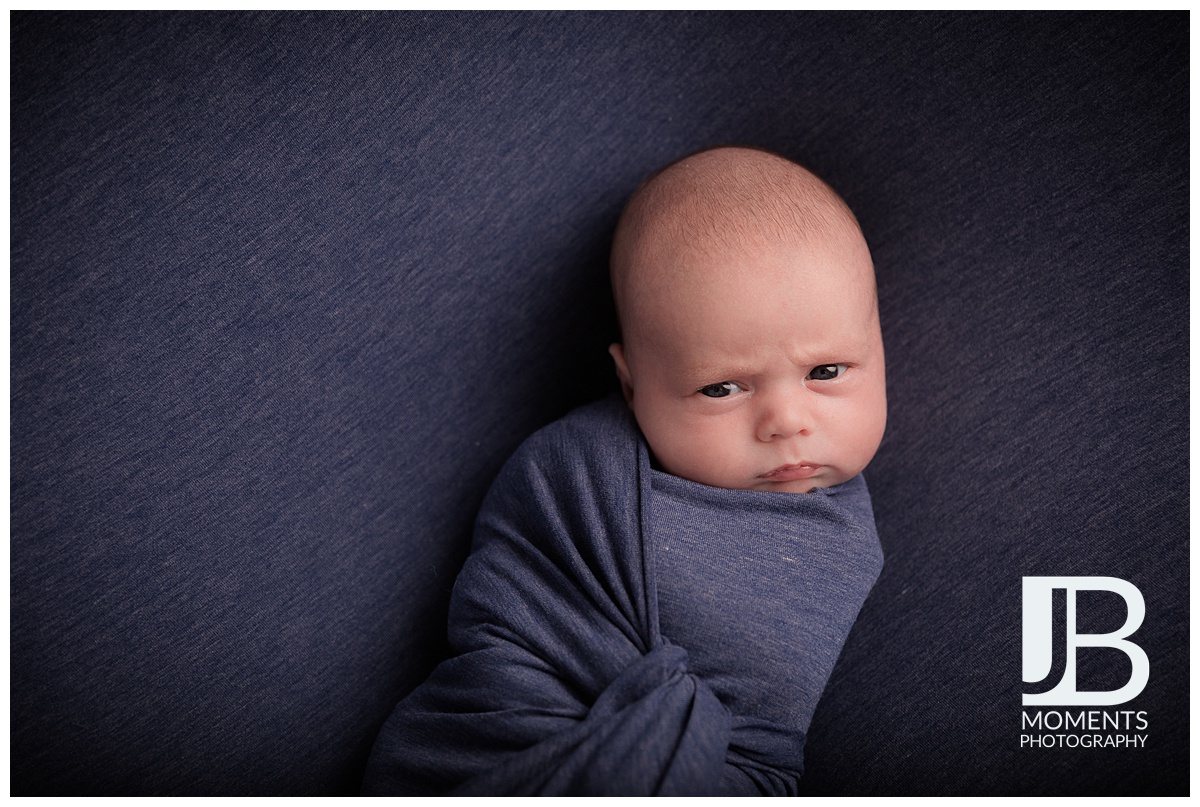 He had the most amazing big blue eyes that he kept pinned on me at the beginning of the session. I had to include this image as he looks thoroughly pee’d off with me here!

He loved being swaddled though, and soon fell into a nice deep slumber allowing me to capture all sorts of beautiful images for his doting mum and dad. 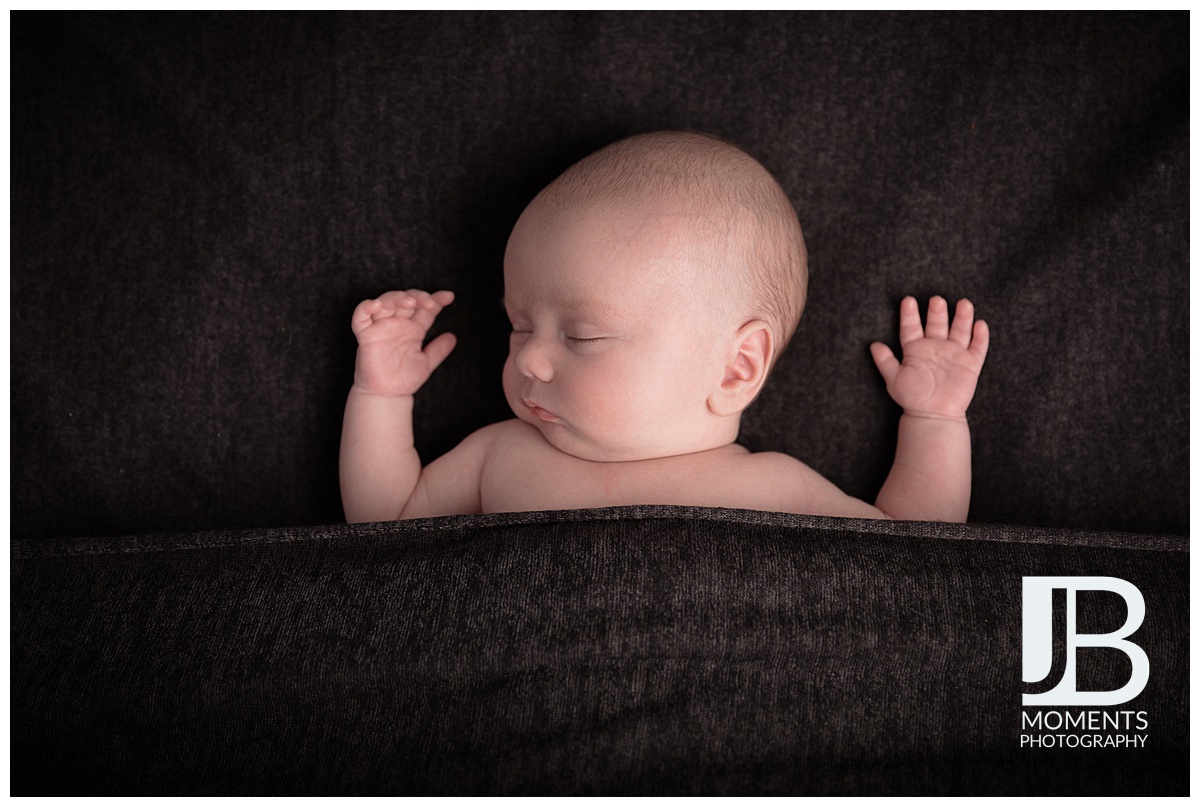 Not only was Max eager to meet his parents, they were very eager to meet him. He was the wonderful result of two long, hard years of IVF. To say they were besotted was an understatement. It was absolutely beautiful to see.

Fly me to the Moon

I never like to promise I’ll be able to create a composite image as it depends on all sorts of factors on the day. But mum and dad has seen one of my moon composites and really wanted one, especially as Max’s nursery is decorated with a moon and stars theme. I was determined to succeed for them, especially as I had a new moon composite that I was itching to try. I think it worked out pretty darn good 🙂

Next into the studio was 11 day new baby Joey. His family travelled over an hour to get to my studio after a recommendation from someone who’d had a Christmas Mini session with me. No pressure then!

Joey brought with him his big brother Roman (nearly 4) and big sister Millie (9). Mum and dad really wanted some nice images of all the kids together. Normally I like to wait until the baby is fast asleep when dealing with young sibling like Roman but Joey was having none of it. I don’t think he slept the entire session. I needn’t have worried though as Roman and Millie were two of the best behaved older siblings I’ve ever met. They let me pose them with Joey in a whole variety of different ways. They were so careful with him.

Of course, it also helped that they were both very photogenic 🙂

Although Joey wasn’t for sleeping he was quite chilled out. He was just looking about, taking in all that was going on. 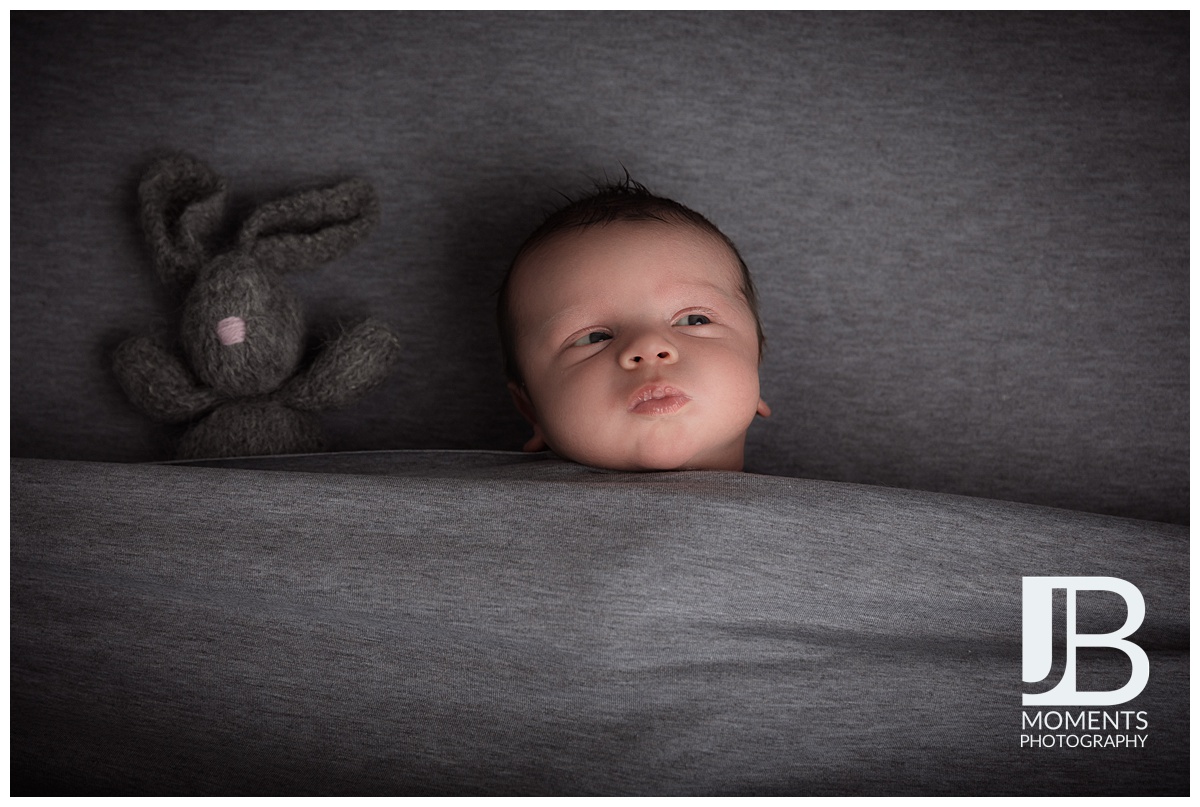 I’d love to know what the little dude is thinking about in this image.

In every newborn session I try to offer at least one prop set up. I actually found this vintage trolly cart at the Gardening Scotland show and have been dying to use it ever since. I would never normally use with a baby that wasn’t in a deep sleep. But Joey was so chill and I had mum spotting close by that we rolled with it (see what I did there!). 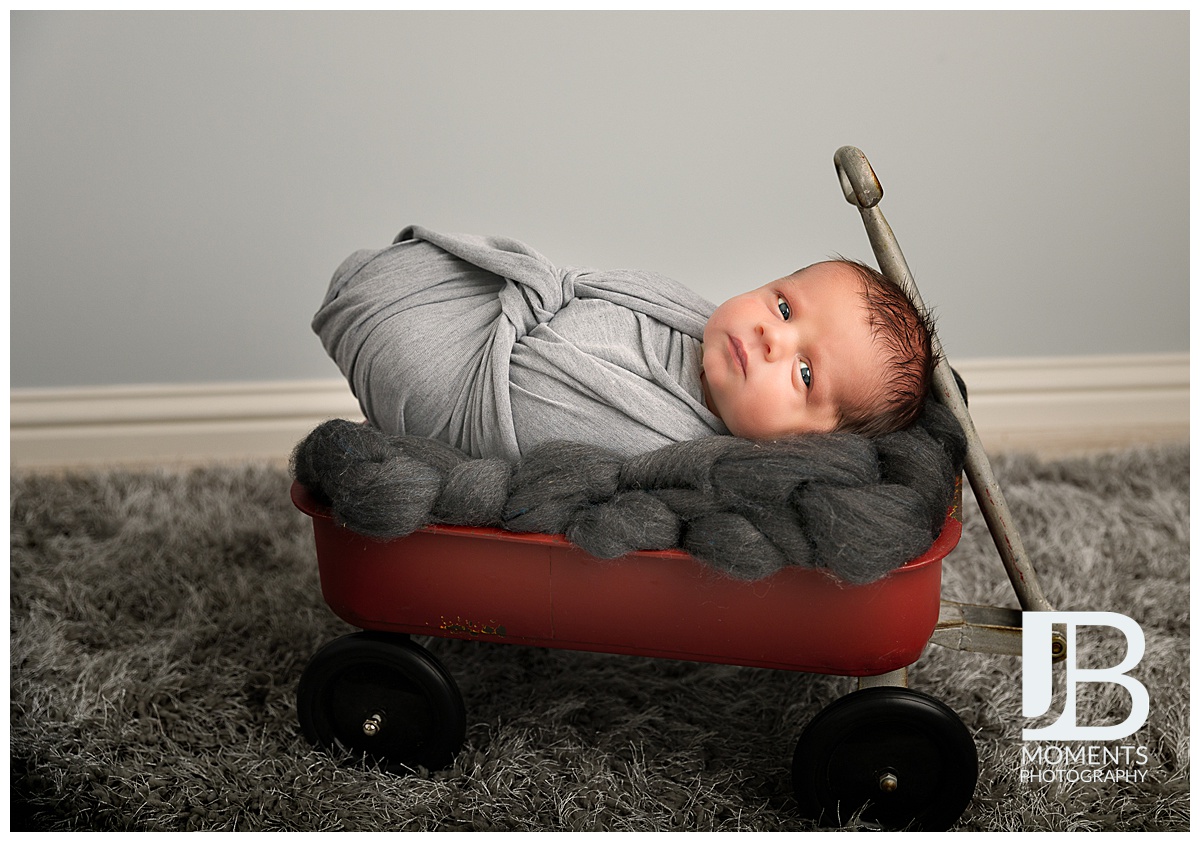 I thoroughly enjoyed my week of baby boys but I’m wondering where all the girls are hiding? Desperate to break out the headbands!