Plenty of Fish in the Sea

Seven years ago Nick and Claire had both just about given up on online dating. Then they met each other and it was meant to be.

Having been snowboarding in Austria in the winter, Nick took Claire back in the summer and found the perfect spot to propose. Only it wasn’t a complete surprise to Claire. As a few weeks before when they were going through photos on Nick’s phone at his mums up popped a few engagement ring photos!

A Day Of Firsts

I didn’t actually meet my couple in person until their wedding day. They live in the South of England and had decided to elope to Scotland to get married so our pre-wedding consultation was carried out by zoom meeting.

It was to be my first elopement which I was very excited about. It was also the first time I had been asked to shoot a wedding at Cromlix House Hotel and as the only other attendees at the wedding were the officiant, and the harpist it was the first time I was asked to be a marriage witness as well!

Nick and Claire had also opted to do a ‘First Look’ before the wedding took place. This is much more common practise across the pond where bride and groom often opt to see each other in their wedding attire for the first time before the ceremony. Then get their formal pictures done at the same time. As my couple wanted to walk into their ceremony together a first look beforehand made perfect sense. I made Nick stand with his back to the main staircase so he didn’t get to see Claire until I told him he could turn around. I am in love with these pictures and how they looked at each other for the first time. Swoon! 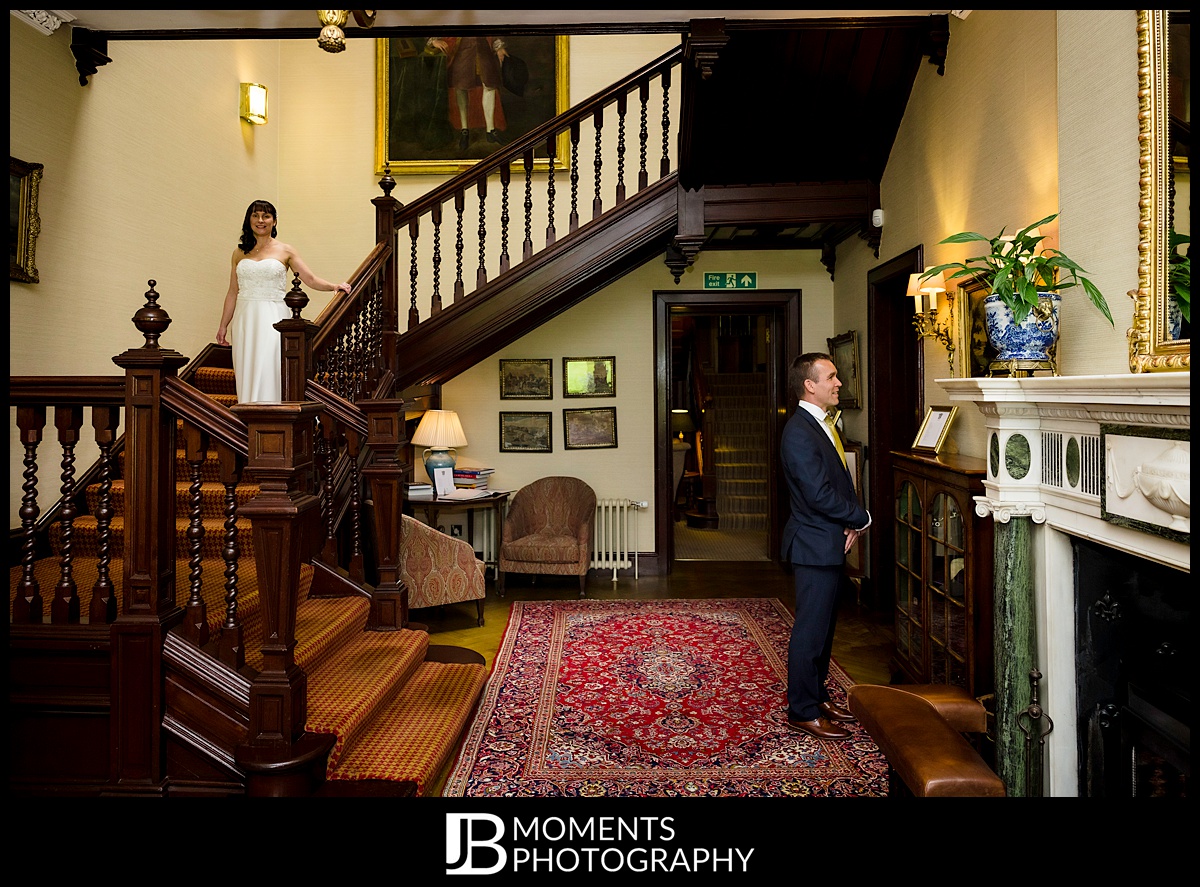 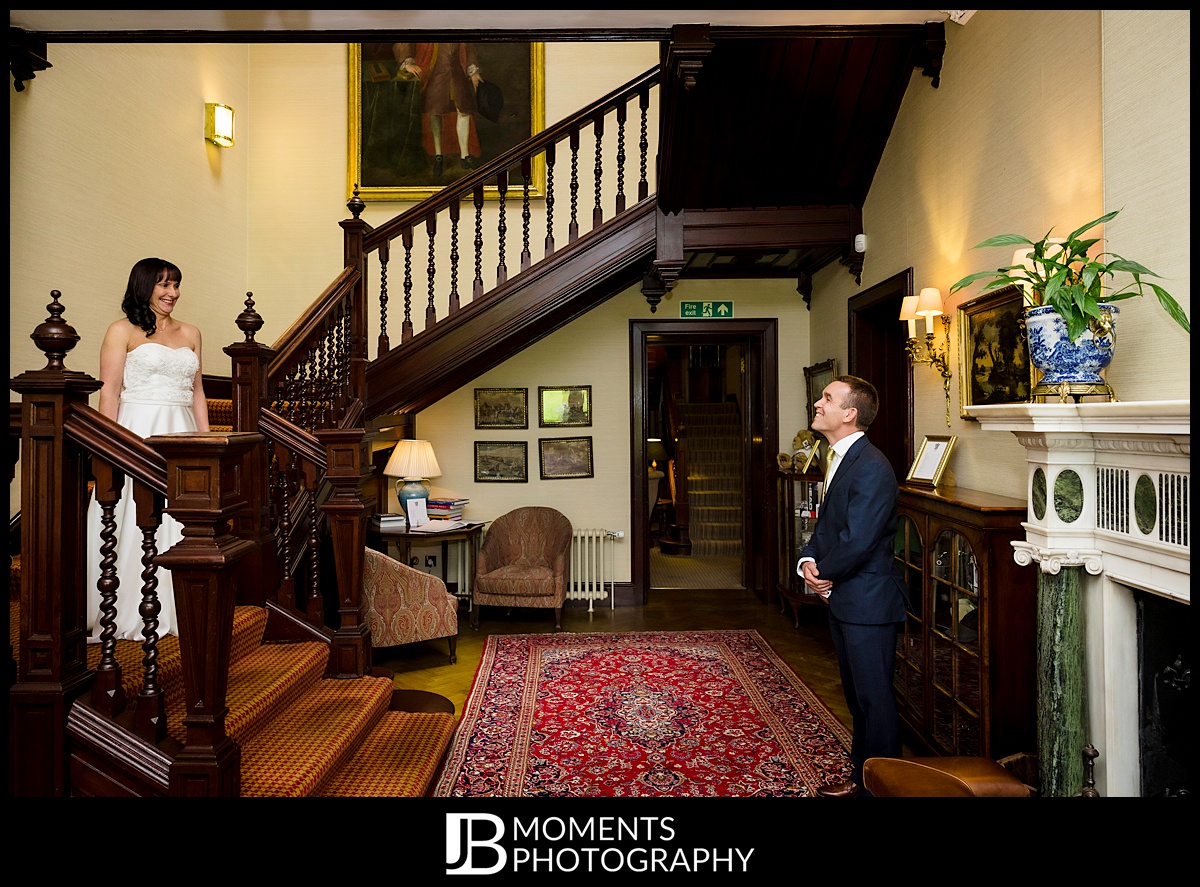 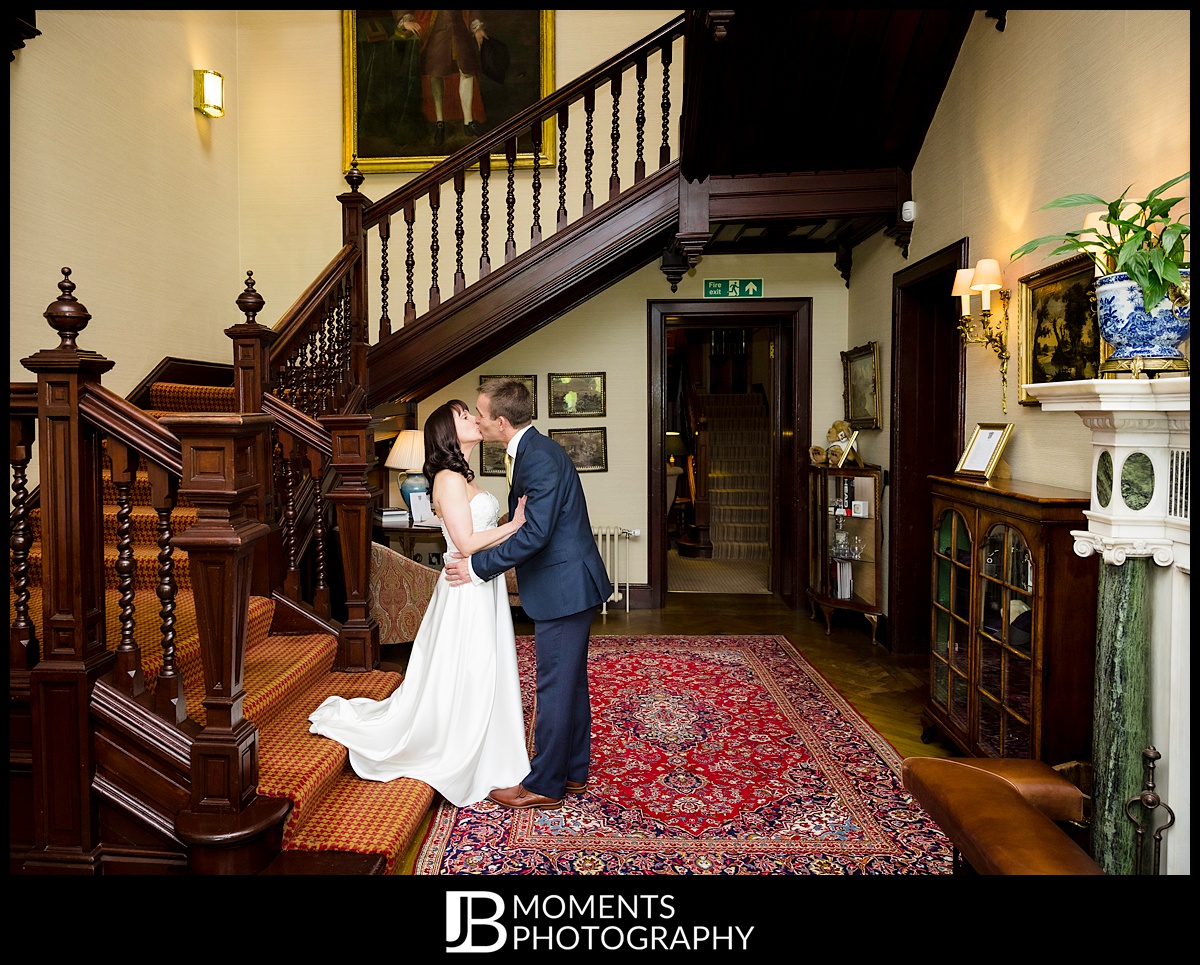 We didn’t have far to travel for the ceremony. Through a few doors in fact as Cromlix House has it’s own chapel attached to the house that can seat up to 36 guests.

Illuminated by candlelight and to the sound of Christina Perry’s Thousand Years played beautifully on the harp, Claire and Nick entered the chapel. 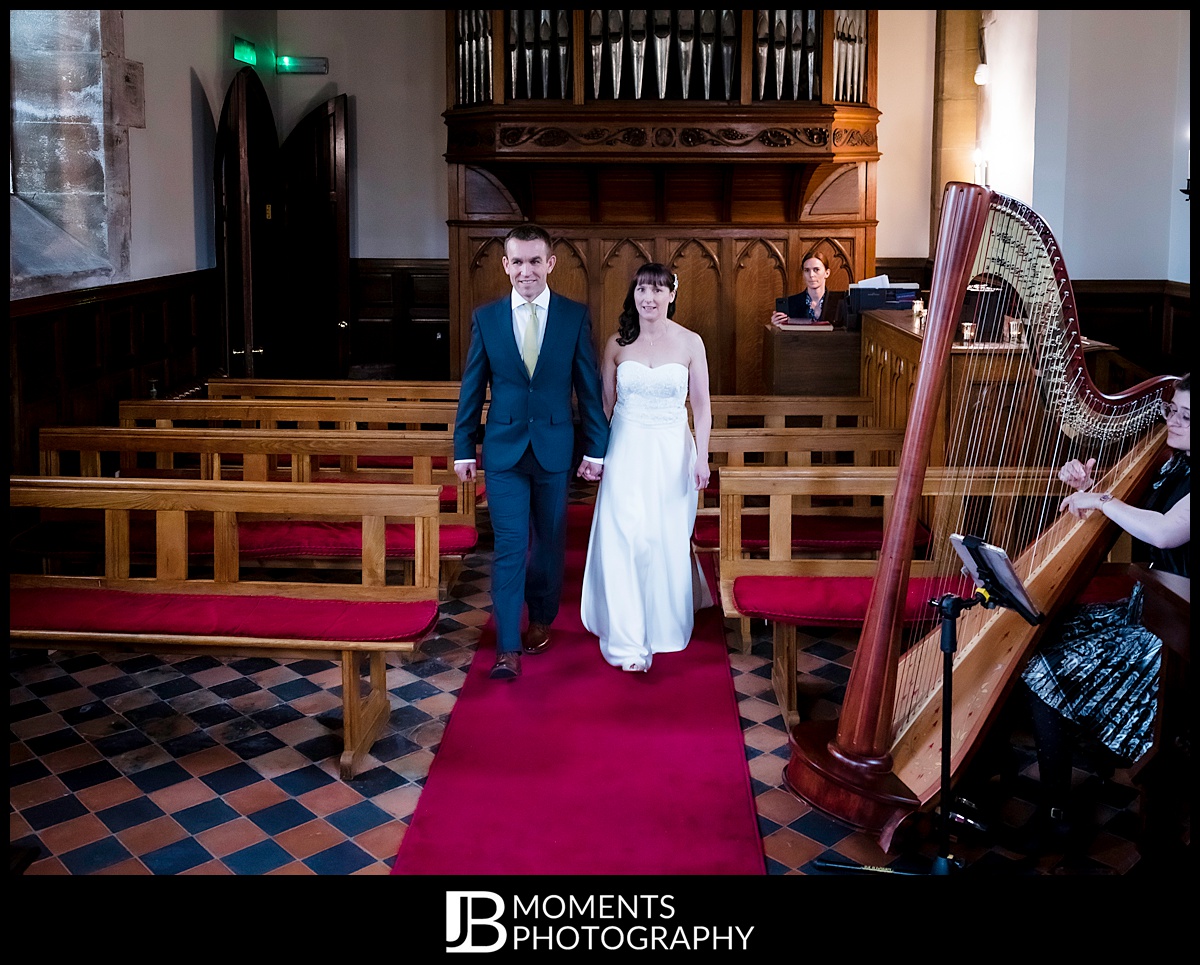 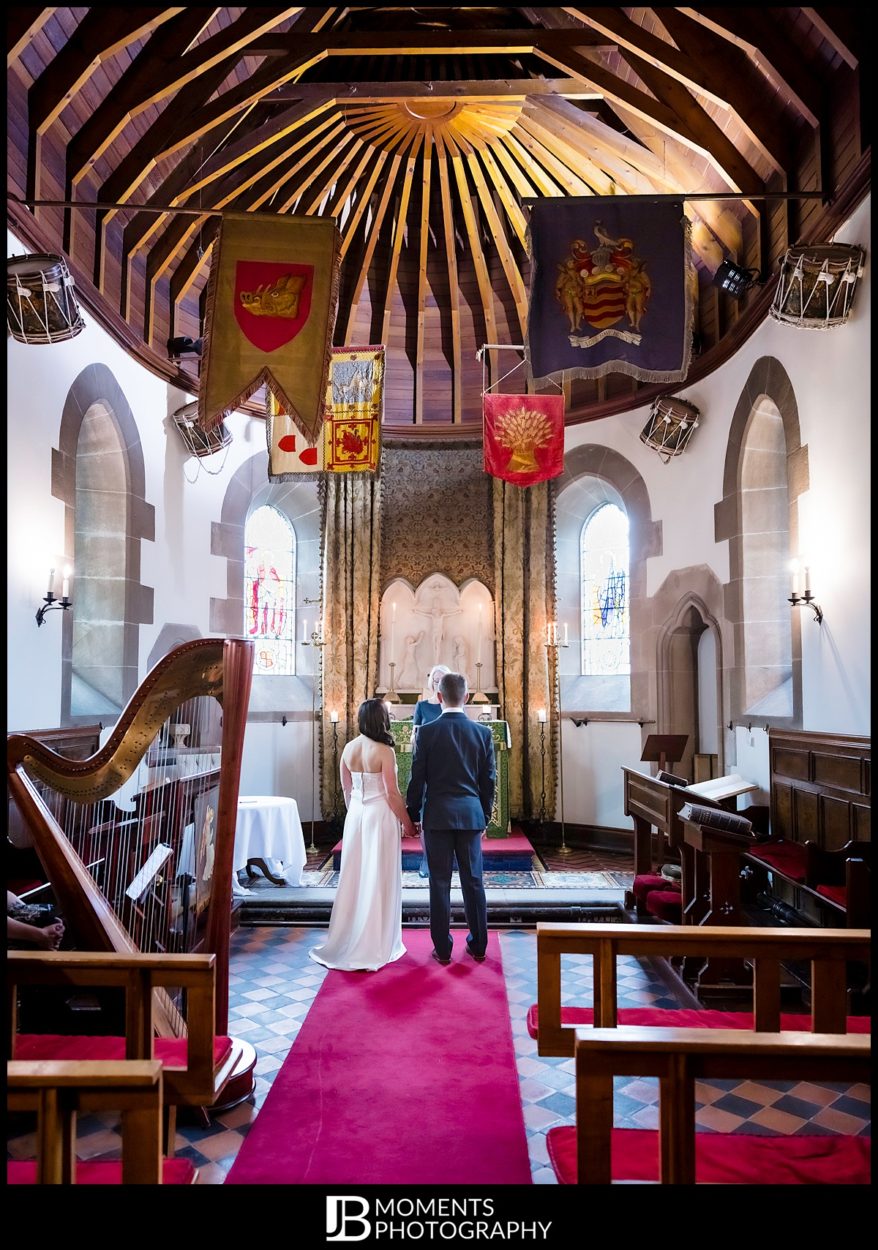 Claire and Nick had written their own wedding vows. As they read them out clear and true to each other you could feel the love and emotion resonating with each word. I got emotional, I could see the harpist was a bit glassy eyed and the member of hotel staff that was acting as they other witness had to grab some tissues as well! 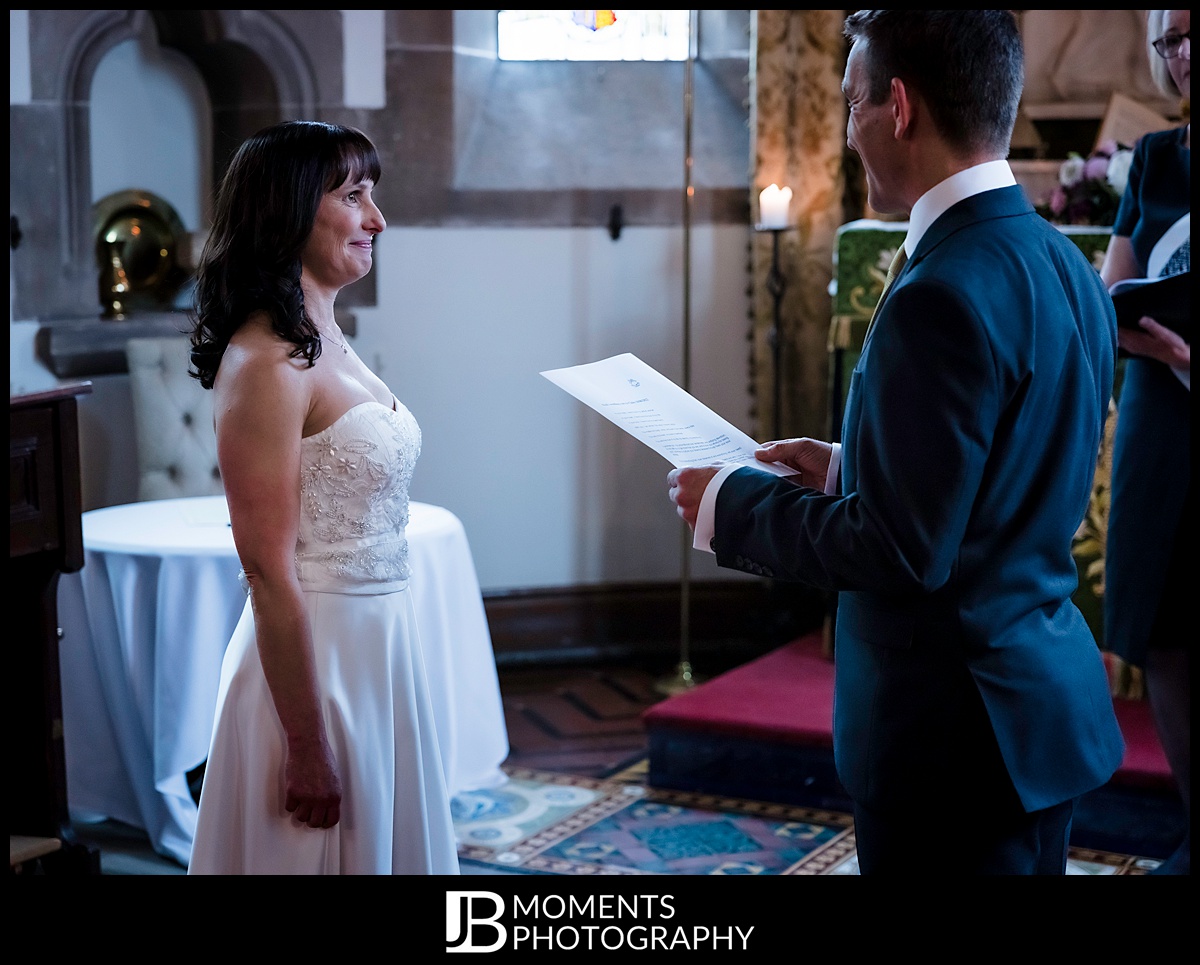 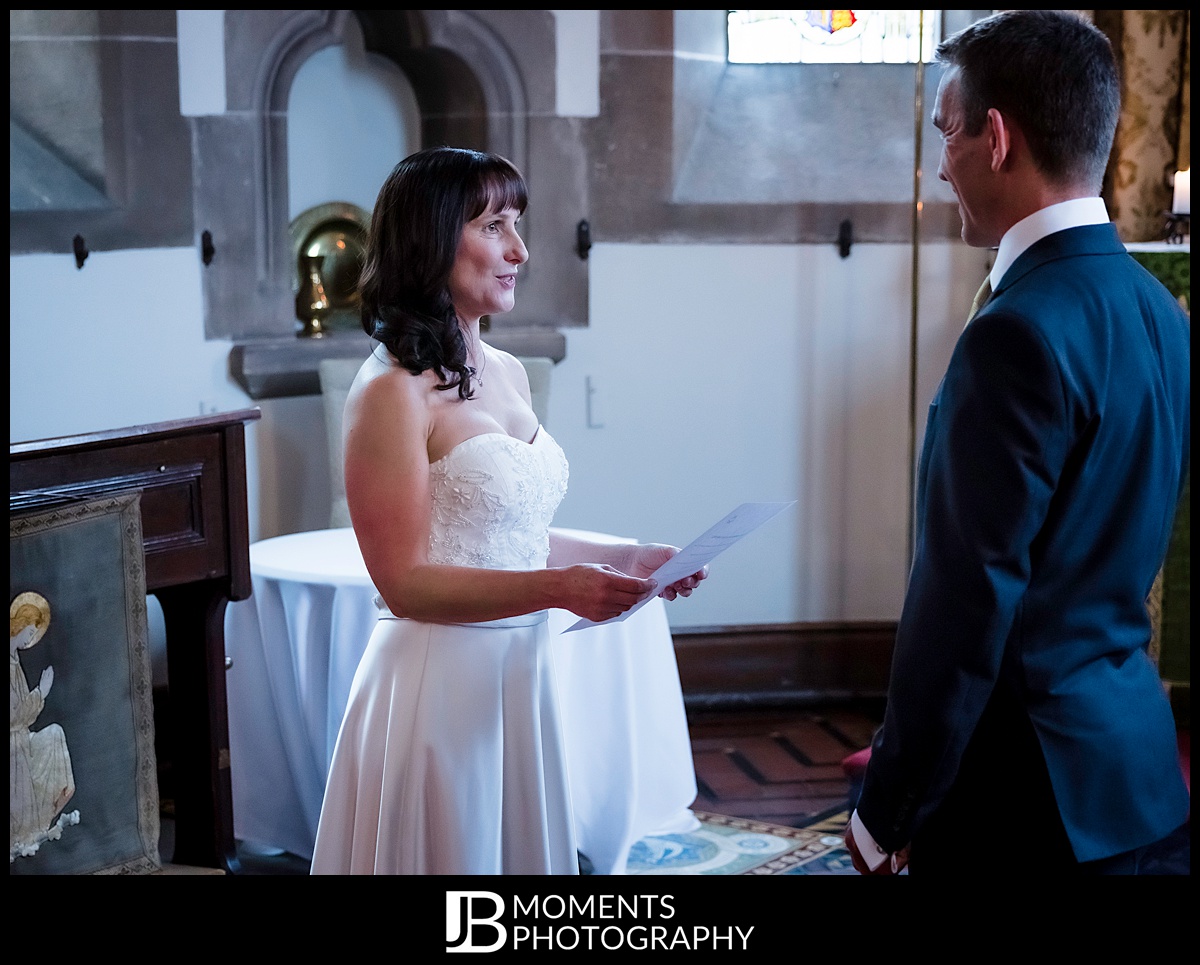 With no group photos to have to do, we could get straight on with the fun stuff. At Cromlix House I was spoilt for choice with scenic photo spots.

From the ivy clad tower. 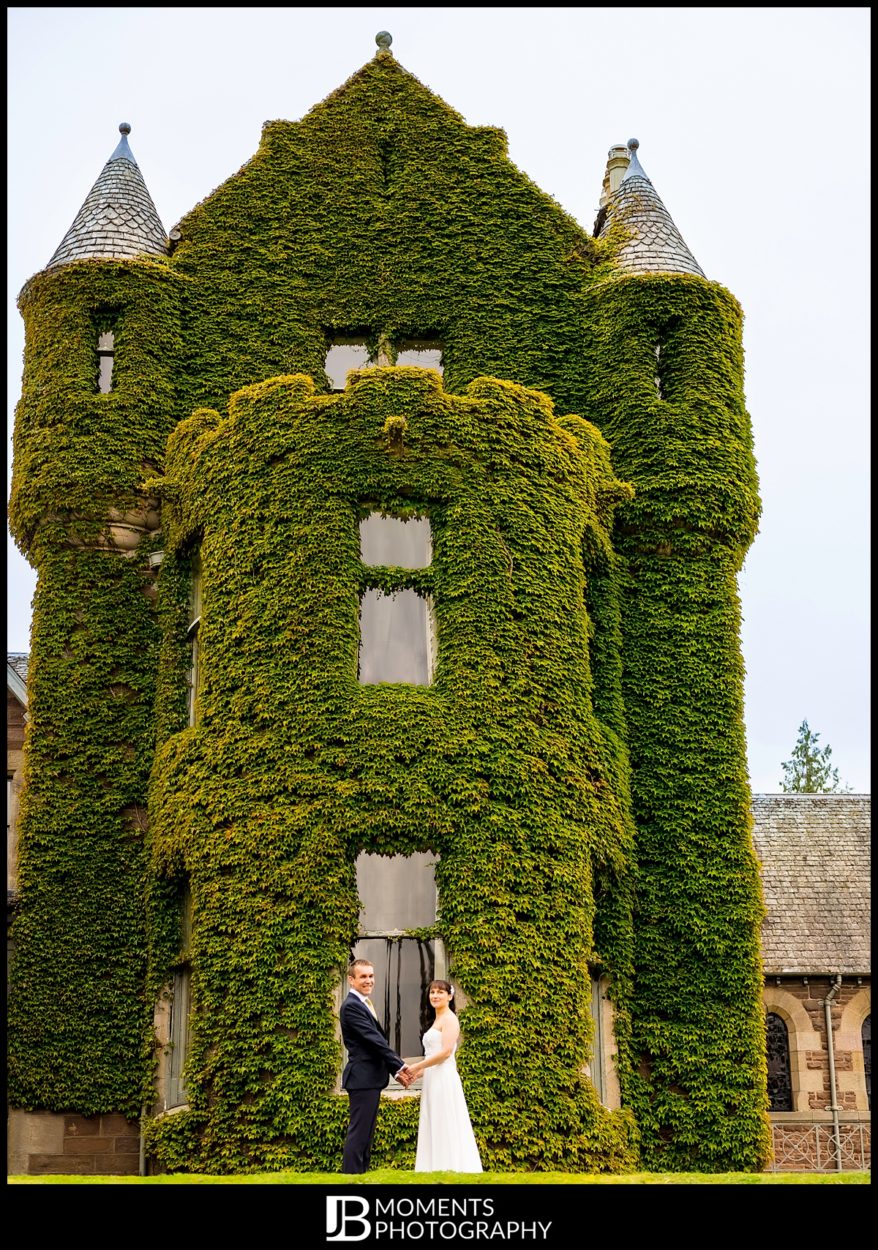 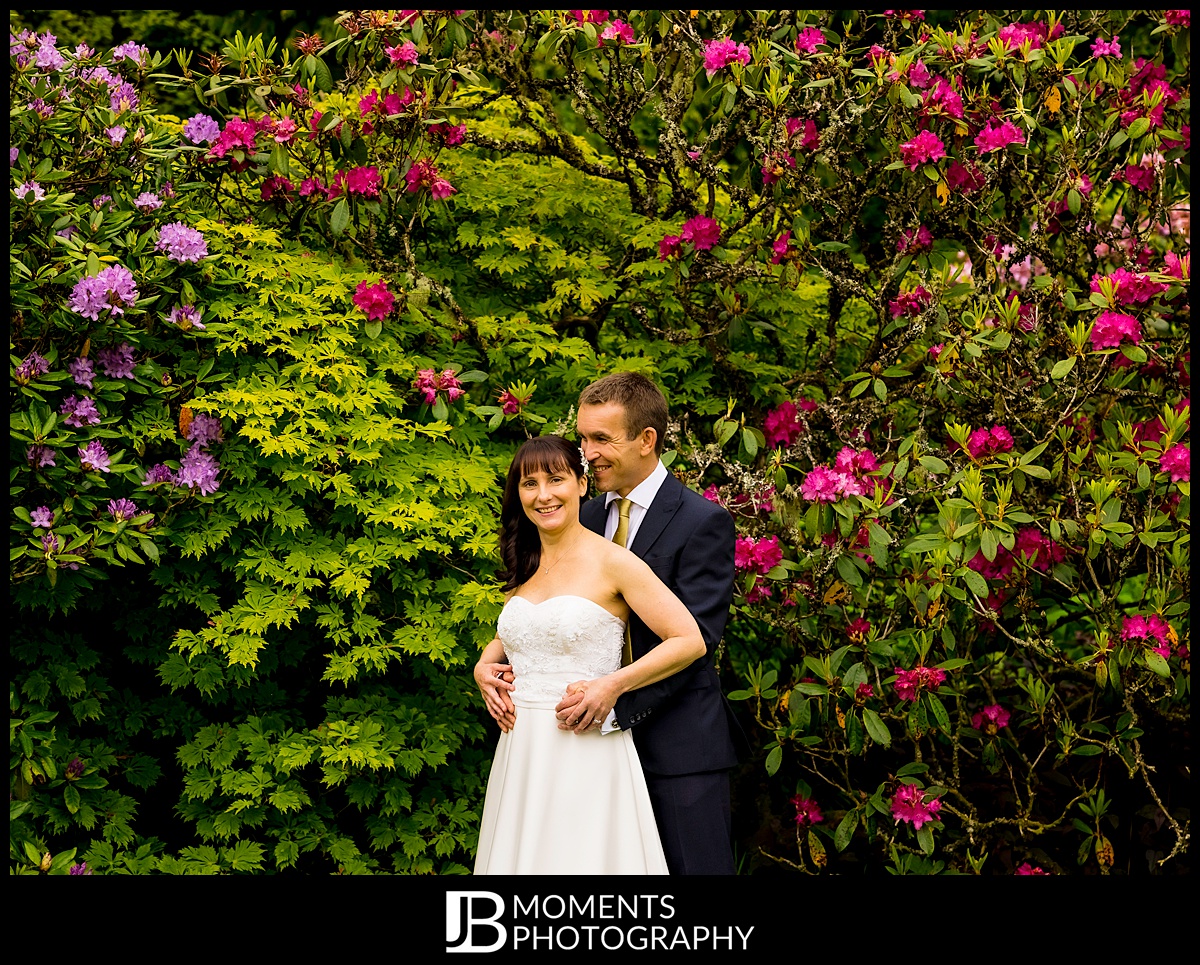 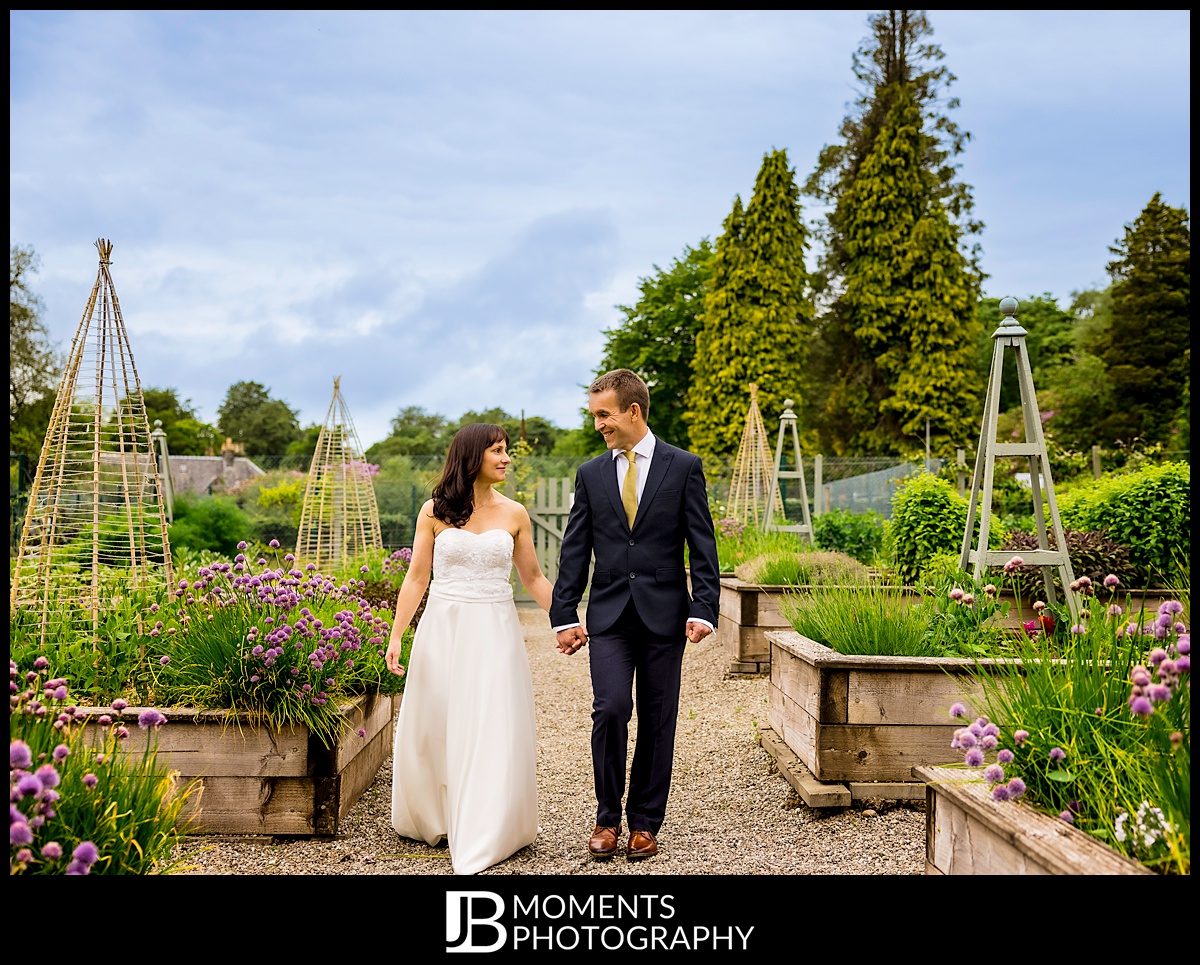 Of course, local tennis legend, Andy Murray owns Cromlix House. So a quick knock about on the tennis courts was definitely in order!

But my favourite spot was in the wild flower meadow. 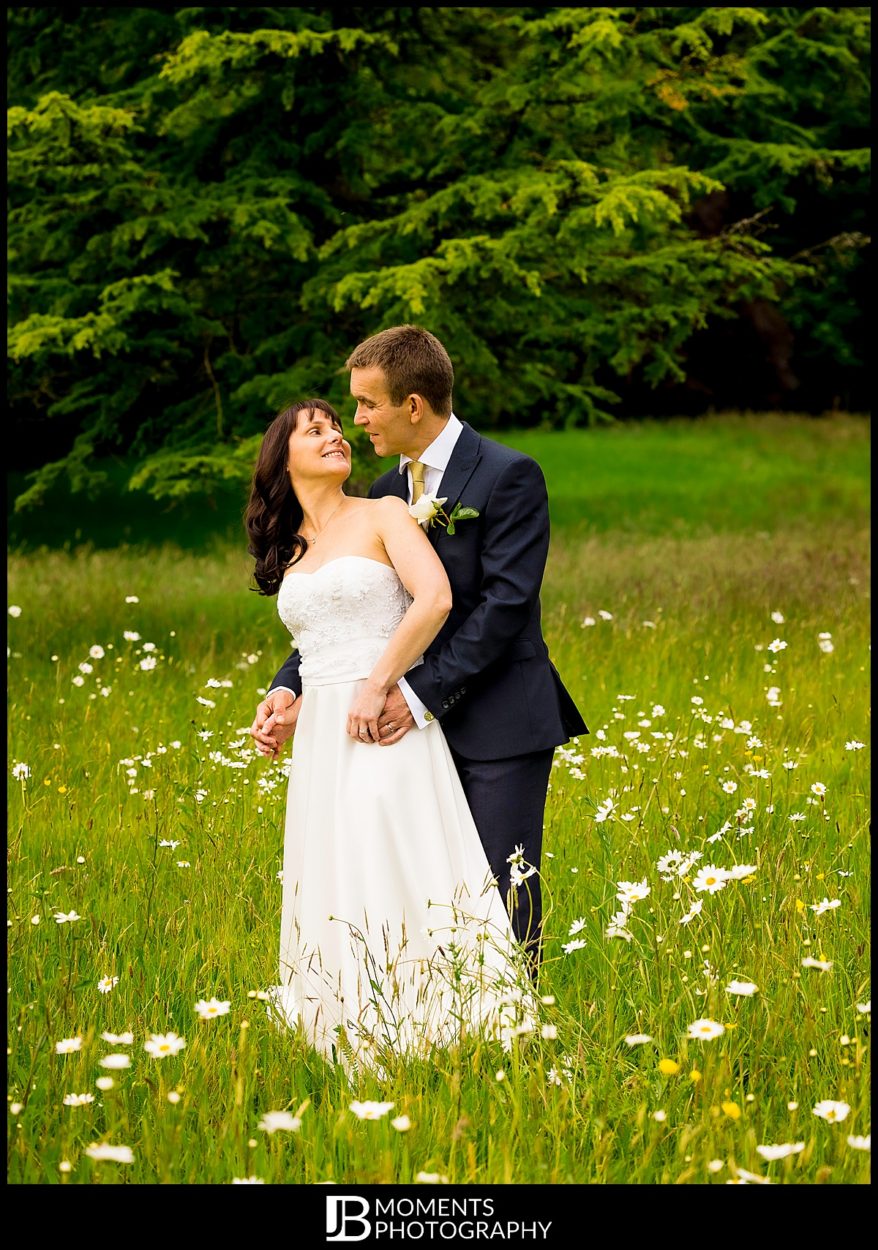 I had such a lovely time wandering around the grounds with these guys. Capturing their first hours as husband and wife. When we got back to the House the champagne was popped. As I left Nick and Claire were looking forward to a romantic meal for two. 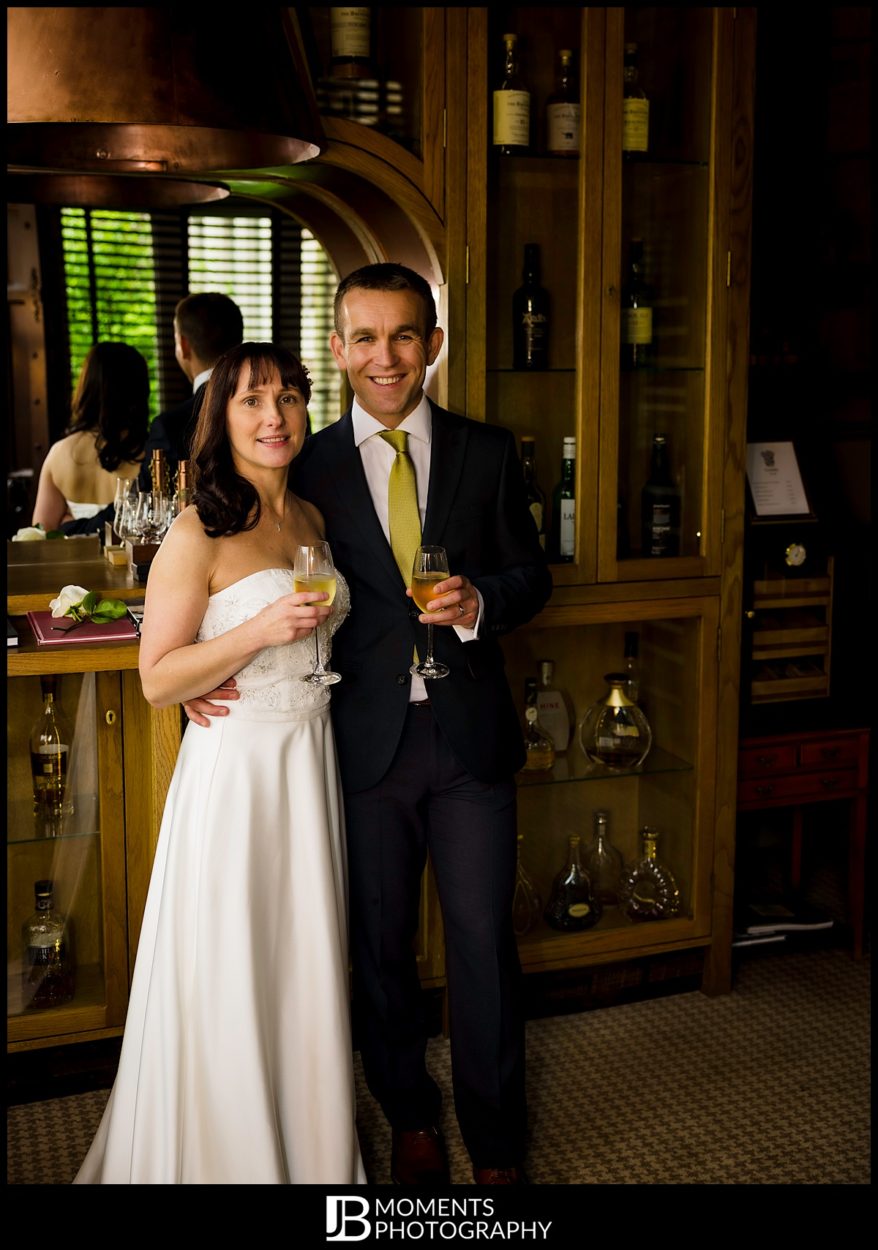