At the beginning of September, I had the great pleasure of capturing this wedding.

When I asked Diana how they met she told me that she stalked James on Facebook! Not quite as sinister as it first sounds, she knew his family but he was based in Ireland at the time so after she saw a post about him she kept a close eye on him.

Six years and two children later in the Graeme Hotel in Falkirk, James surprised Diana by getting down on one knee and popping the question.

Like so many other couples this last 18 months, Diana and James had a large wedding planned but, after all the postponements and cancelations they decided to heck with it and just got on with it! 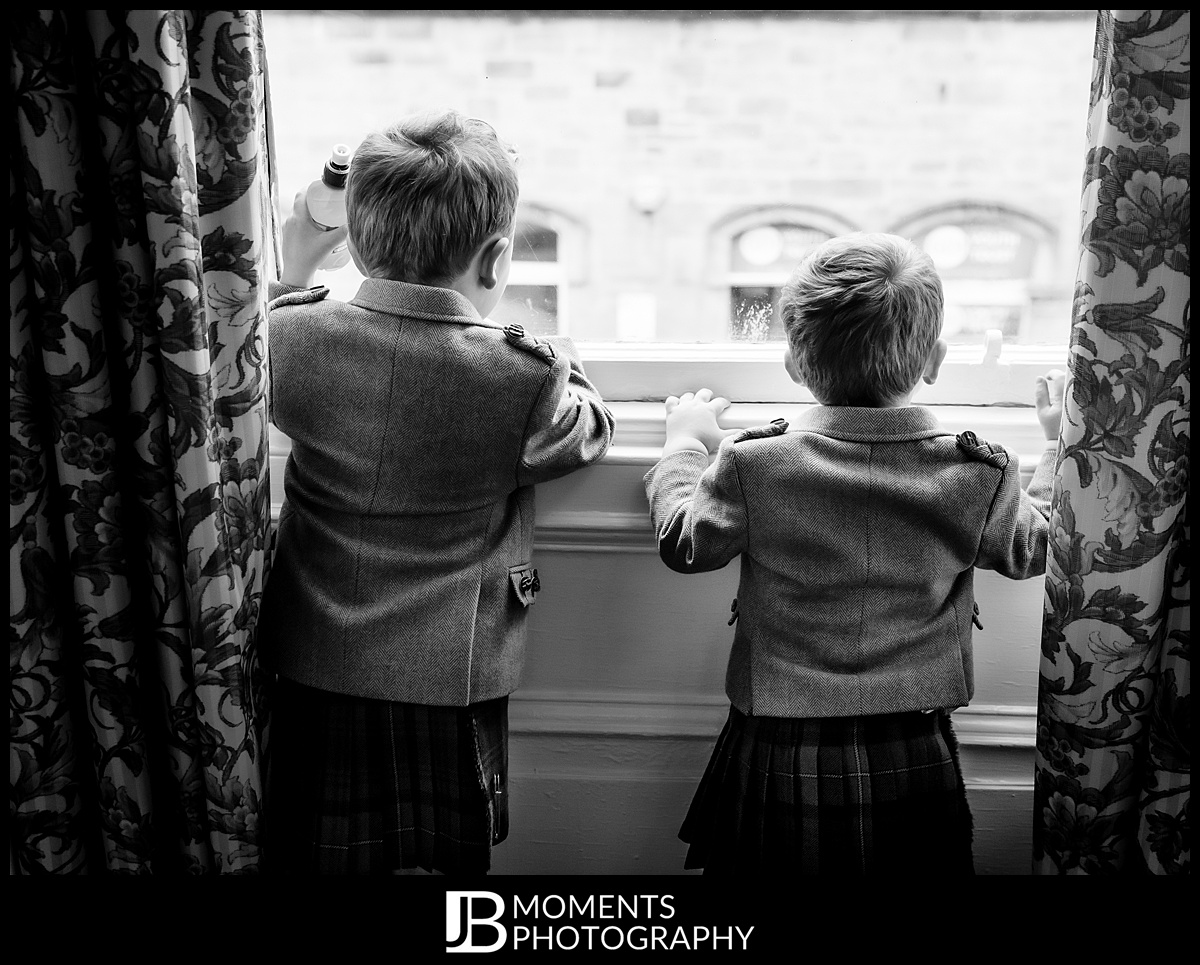 James had to wrangle two tots into kilts before making his way to Falkirk Registrars’ office. They might have made him work for it but by gosh they looked so stinking cute it should have been illegal!

Diana’s eldest son walked her down the aisle towards James who couldn’t take his eyes off his beautiful bride. Their two kids and his uncle and wife made up the rest of the wedding party. 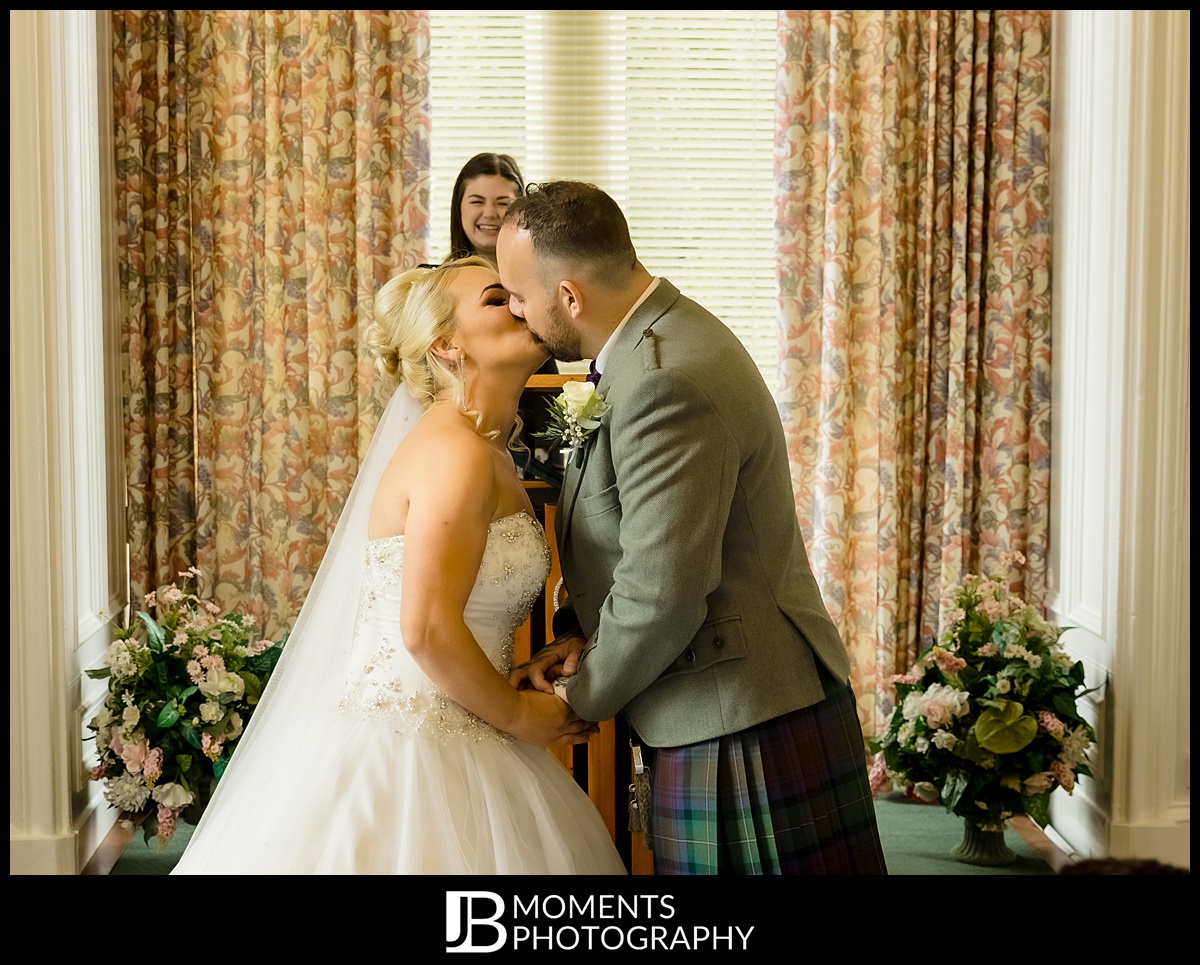 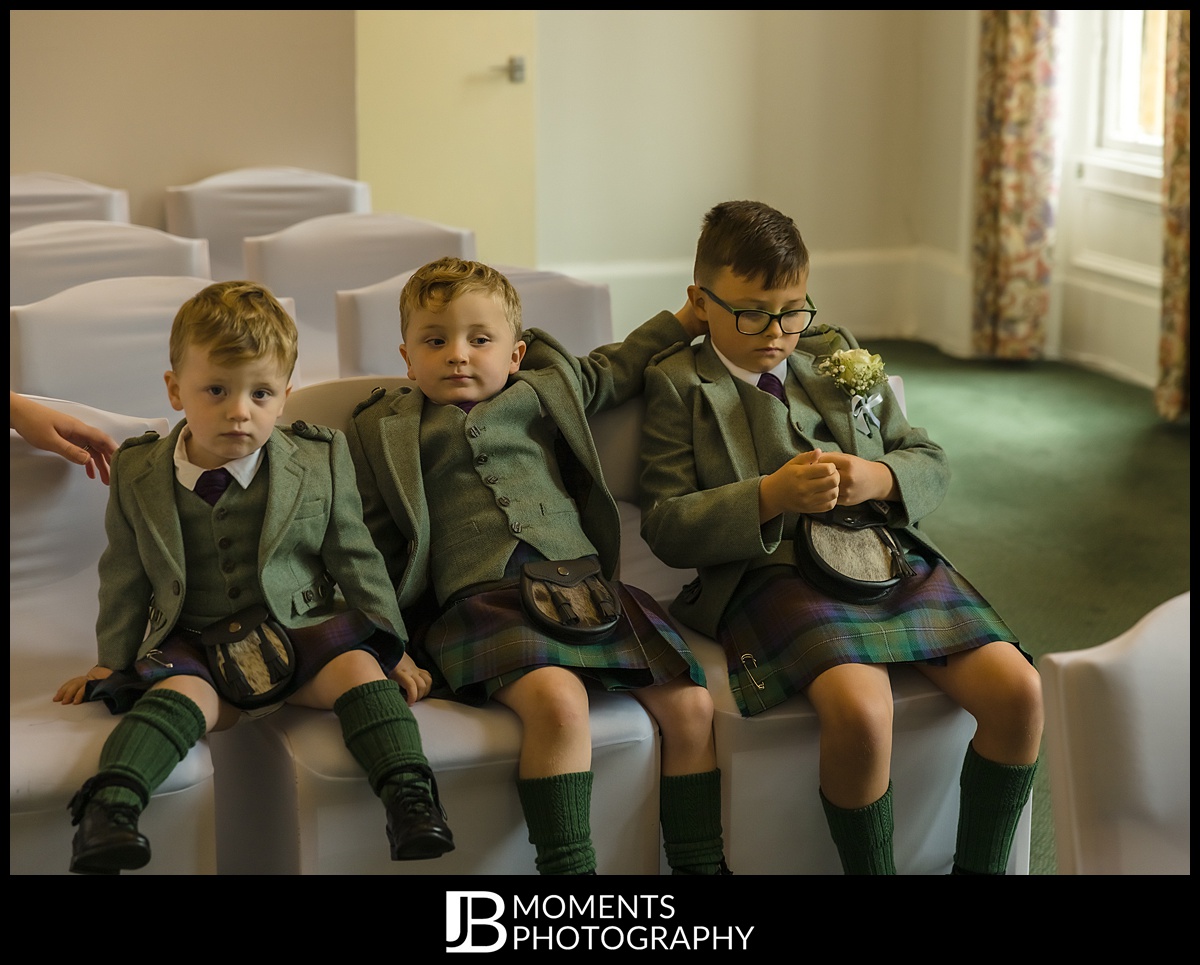 I love this image of the three boys during the ceremony.

After the brief but poignant ceremony it was off to Dollar Park for some photos.

It was a beautiful day and the park has so many stunning locations for photos. I was in my element.

After some group shots, the kids went to the play park with James Uncle so we could get some bride and groom shots. 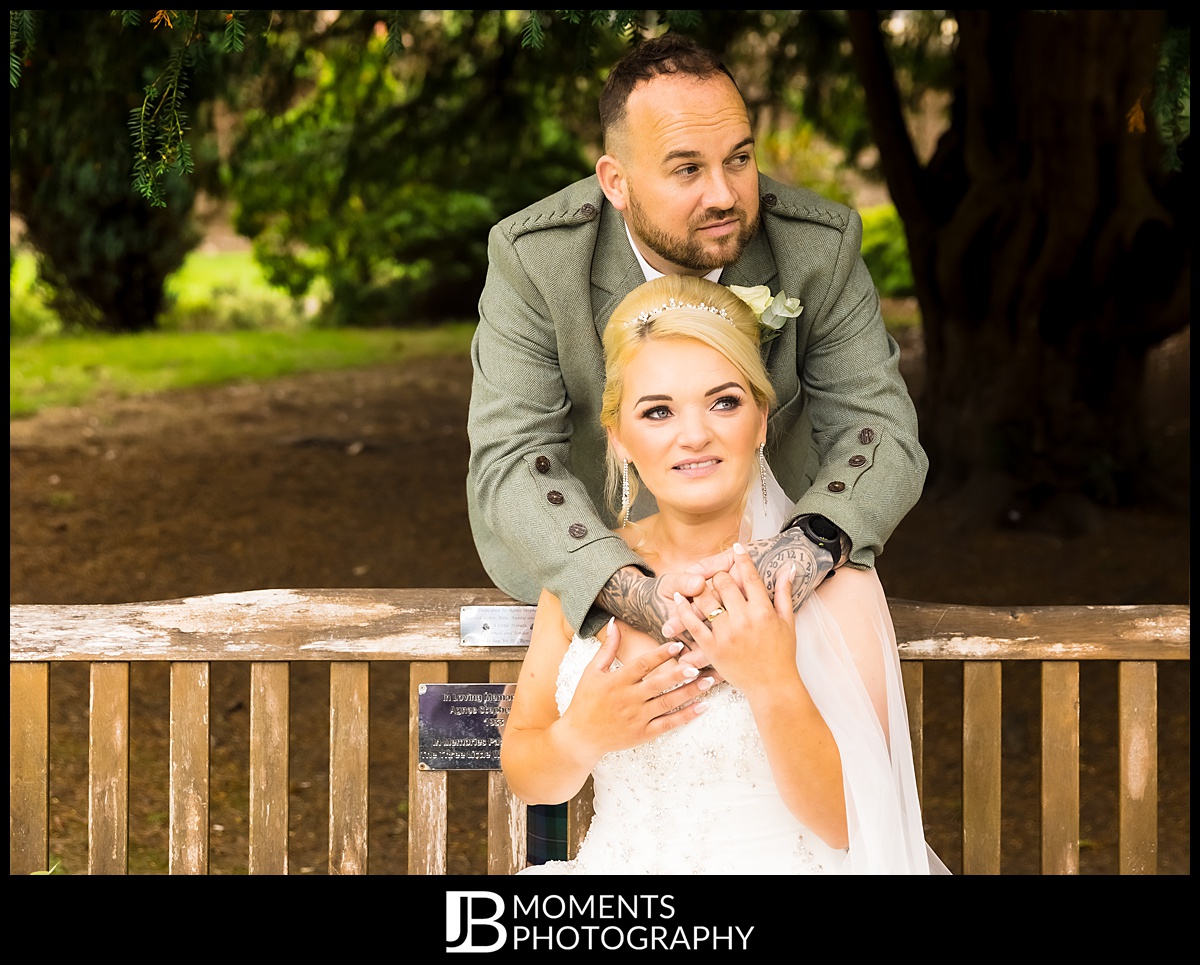 As well as beautiful trees, benches and walls there were archways everywhere to take pictures in. 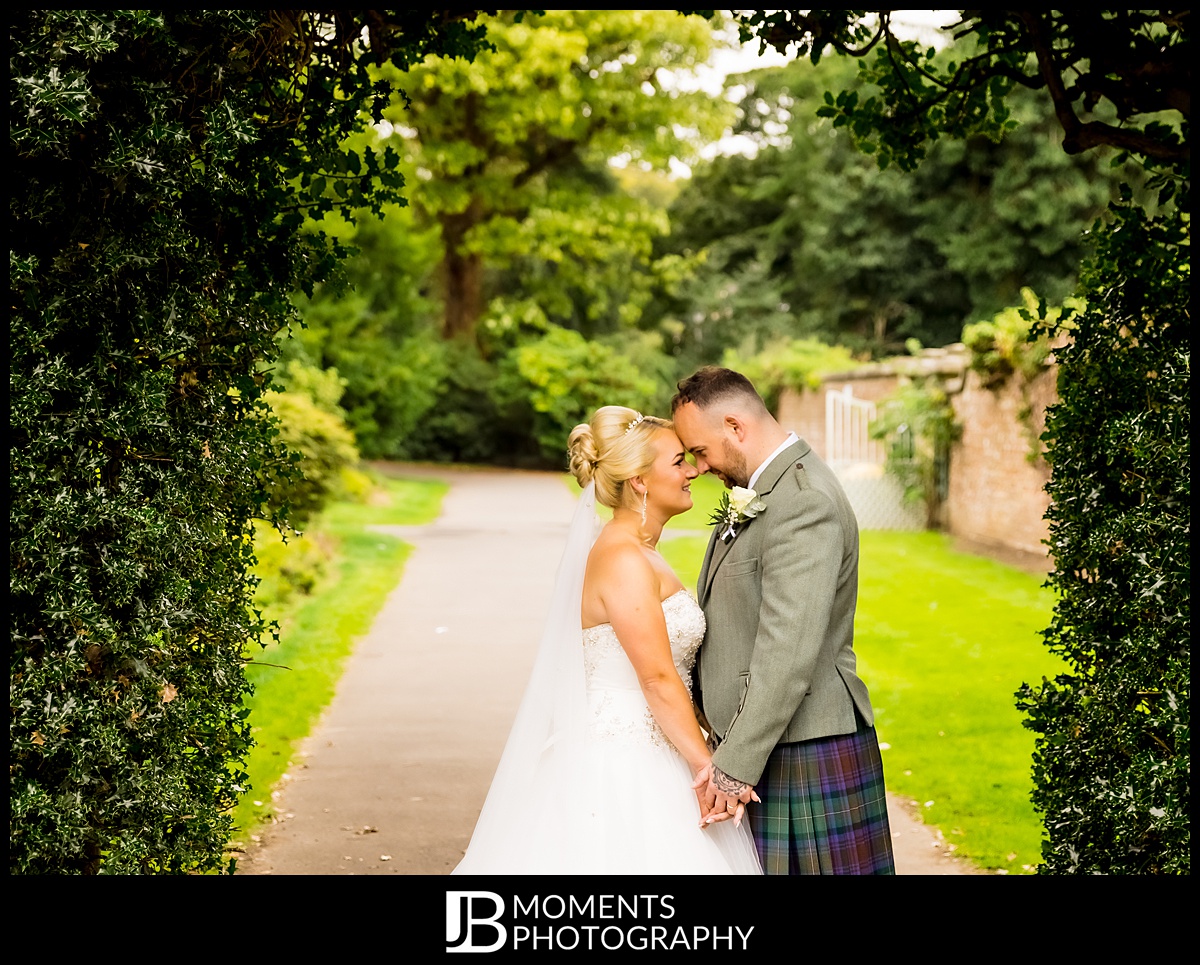 Luckily for me James and Diana were extremely good sports and when we headed over to meet the kids at the play park I started to suggest that James push Diana in one of the swings. 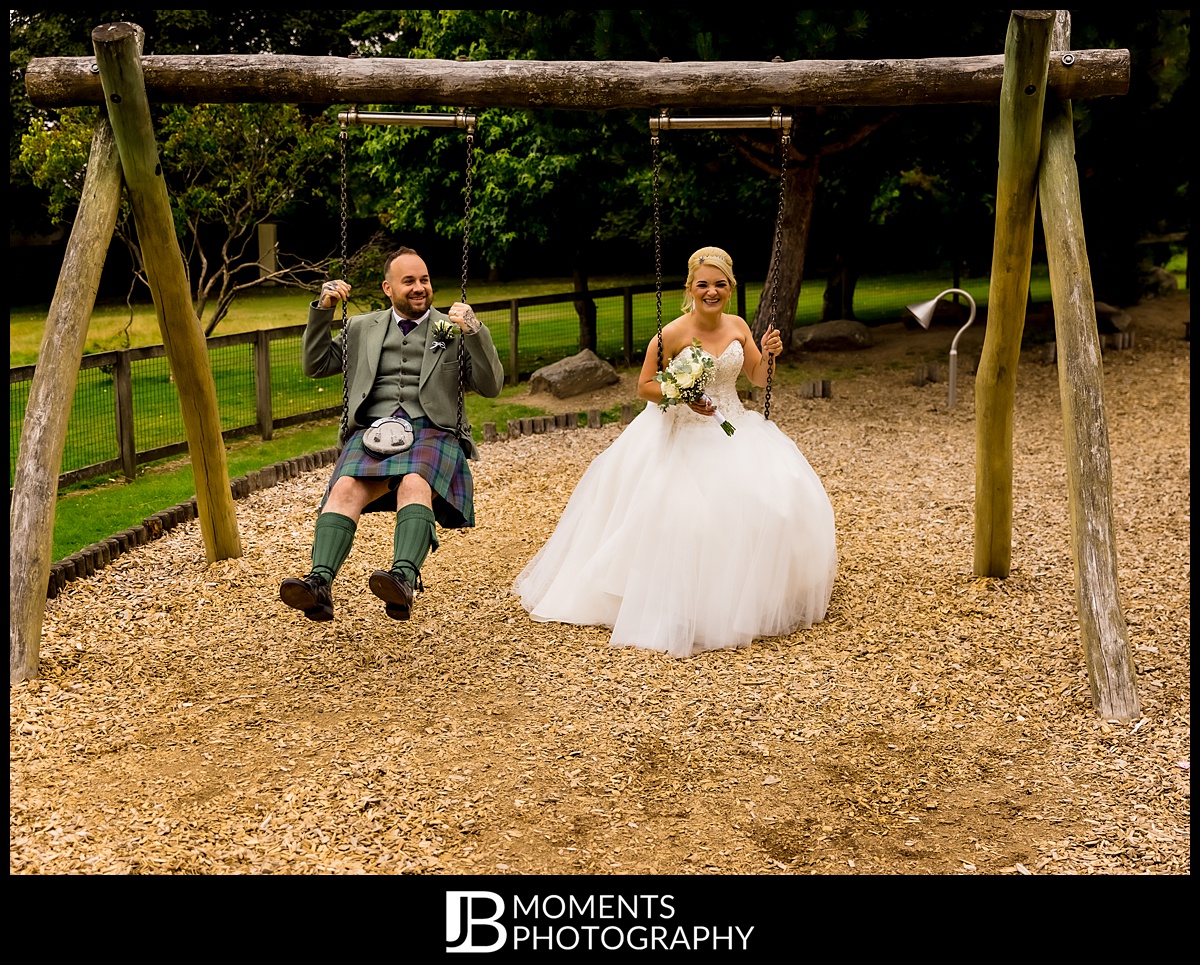 Before I could get all my words out they were both on the swings! Love this picture 🙂

James also went to the top of the climbing frame with the two youngest boys as well! 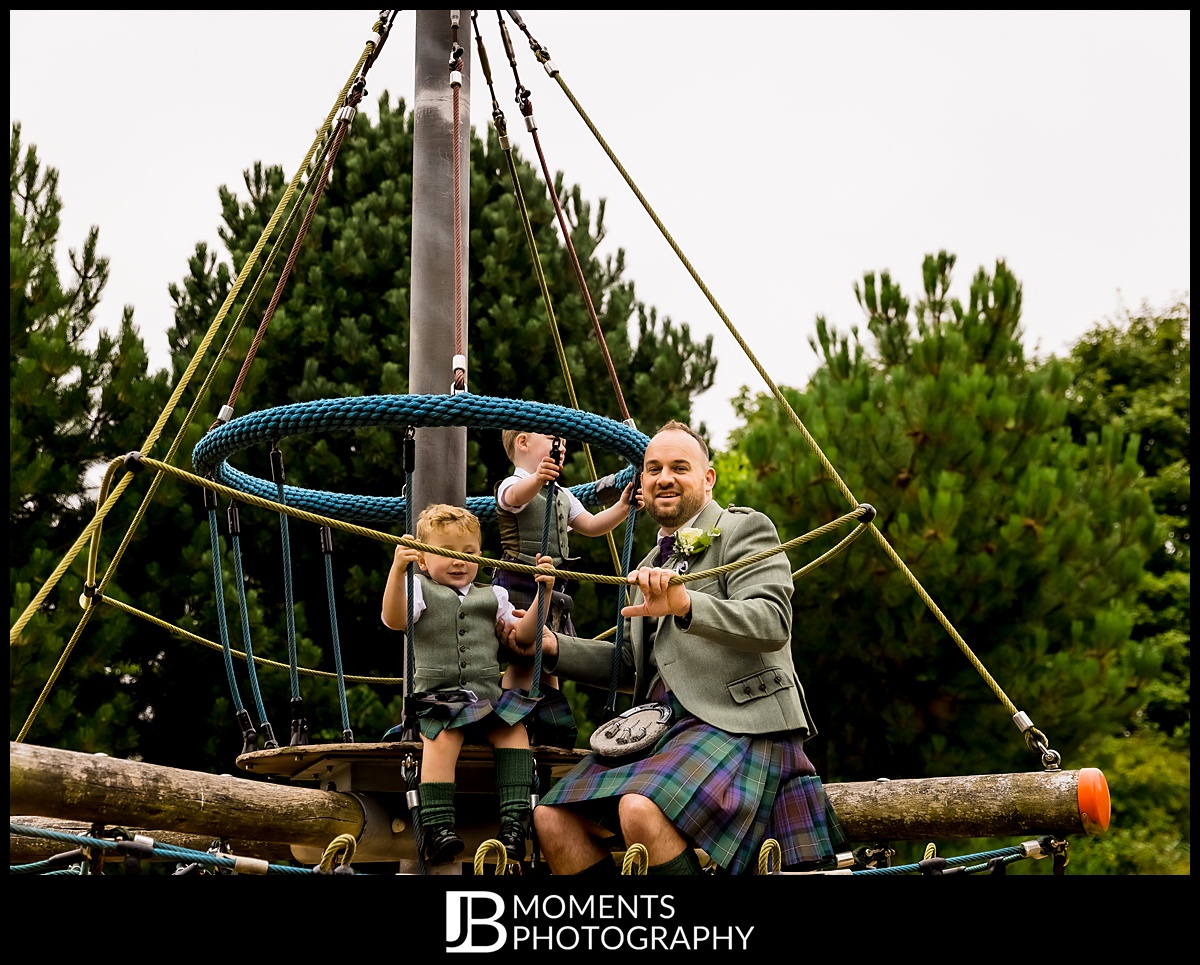 No small feat when they are all in kilts!

Apart from their witnesses James and Diana hadn’t told anybody else that they had ditched the big wedding plans and were just going to go for it. Originally they planned to keep it a secret for a while and announce at a time that was right to their families. As a result I wasn’t going to do a sneak peek like normal on Facebook the next day. But they were both high on love and I knew it wasn’t going to be long before they shared the happy news. Sure enough Diana messaged me later that night to say that James had told everyone 🙂

Good news deserves to be shared. 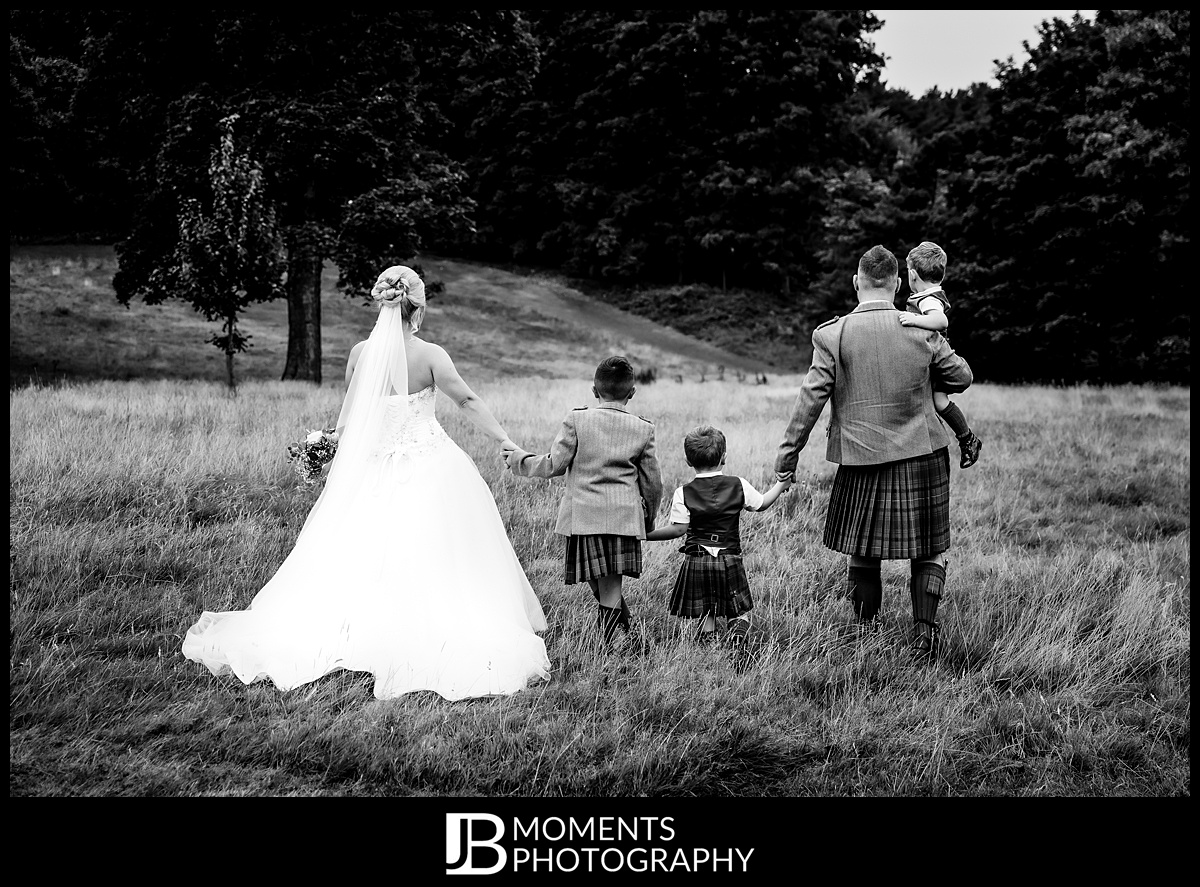