It wasn’t quite a thousand years Christine and James waited to get married but seventeen years and two children later can feel like a really long time!

They met seventeen years ago at the gym and about seven years later James asked Christine to marry him. They started planning a wedding but six months later discovered they were pregnant with their daughter Neive. So the wedding got put on the back burner and then life got in the way.

Christine was looking at the venue The Vu on social media earlier this year when a last minute date popped up as a cancellation. As it was James’ birthday she sent it to him as a joke thinking he’d never go for it. But he did! By the time they phoned up another couple had already booked it so they thought that was that. Twelve hours later the venue called them back. The other couple had pulled out as they felt it was too short notice – did they want it? Christine and James rose to the challenge. IT WAS ON!!!

In the intervening years, Christine and James also had a son, Jude and he looked super smart in his matching kilt. 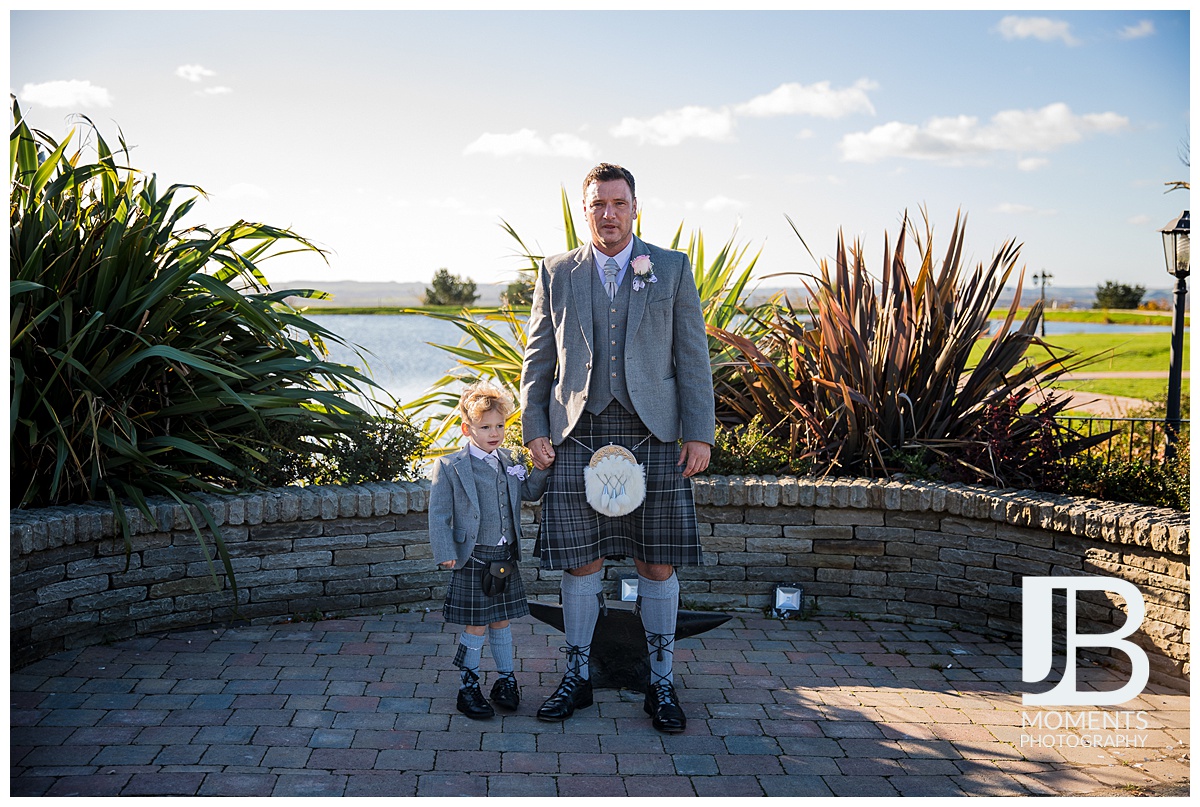 Neive meanwhile looked beautiful as one of her mum’s bridesmaids. 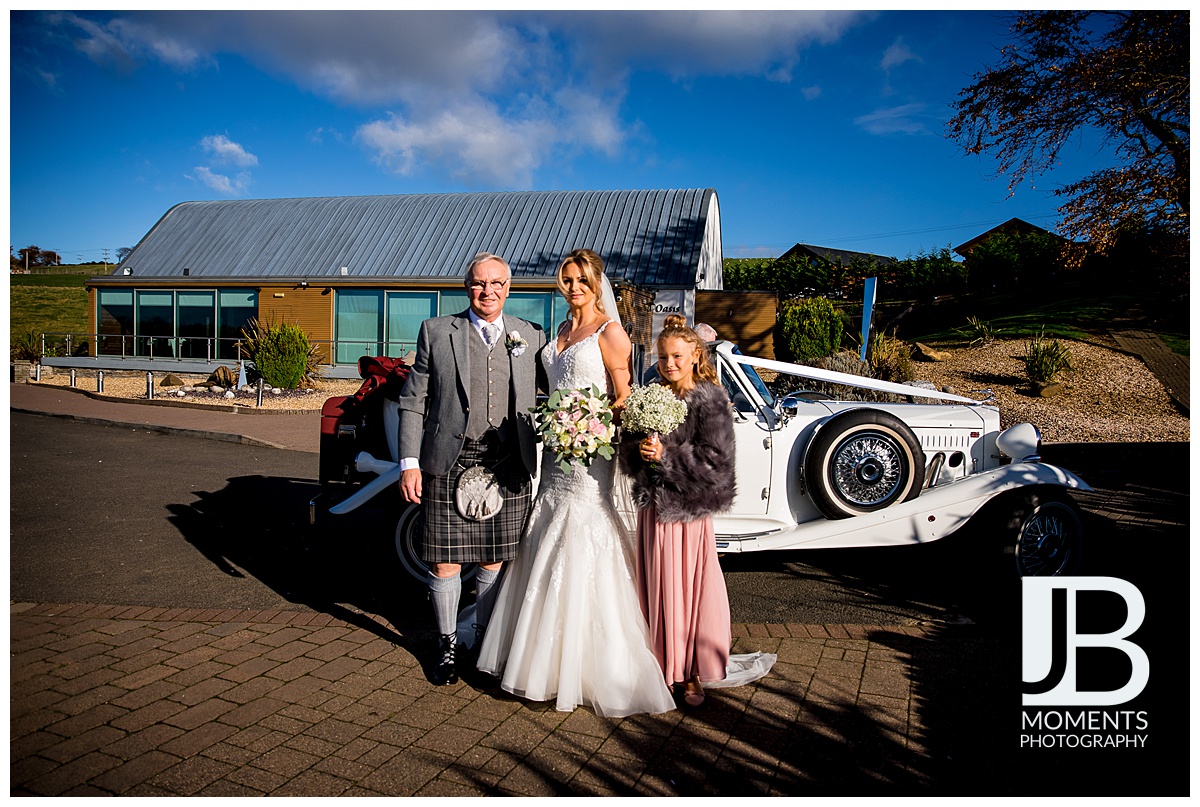 Christine looked absolutely stunning in a fit and flare dress with a plunging back set off with a long sparkly veil and pastel roses bouquet.

I now pronounce you man and wife

It was a short but memorable service. At one point Neive got emotionally as her parents finally tied the knot and as I gave her my emergency hanky I noticed all the other bridesmaids getting a shot of it. Quite a lot of glassy eyes in the building. 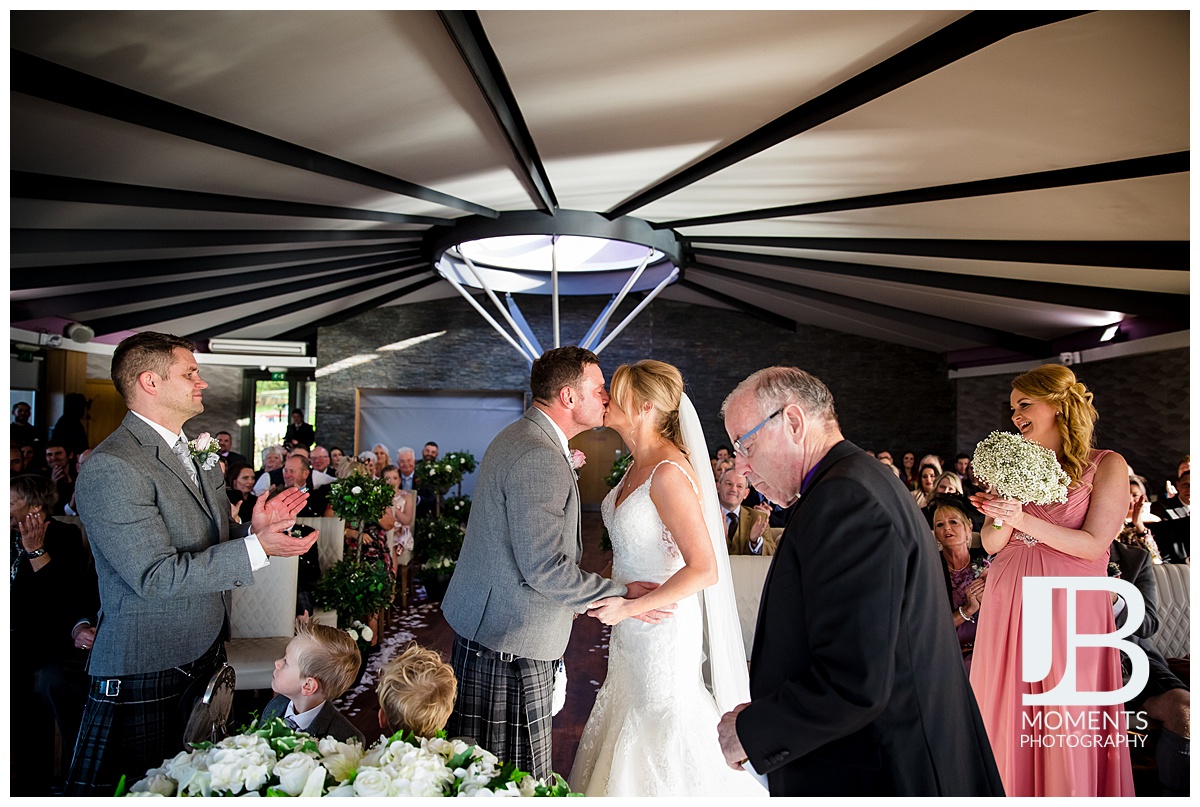 Christine and James were very fortunate with the weather for a late October wedding. It was beautiful blue skies and little puffy white clouds. It was also only about three degrees and bitterly cold.

Undeterred the happy couple braved the weather for some formal photos on The Vu’s famous jetty. 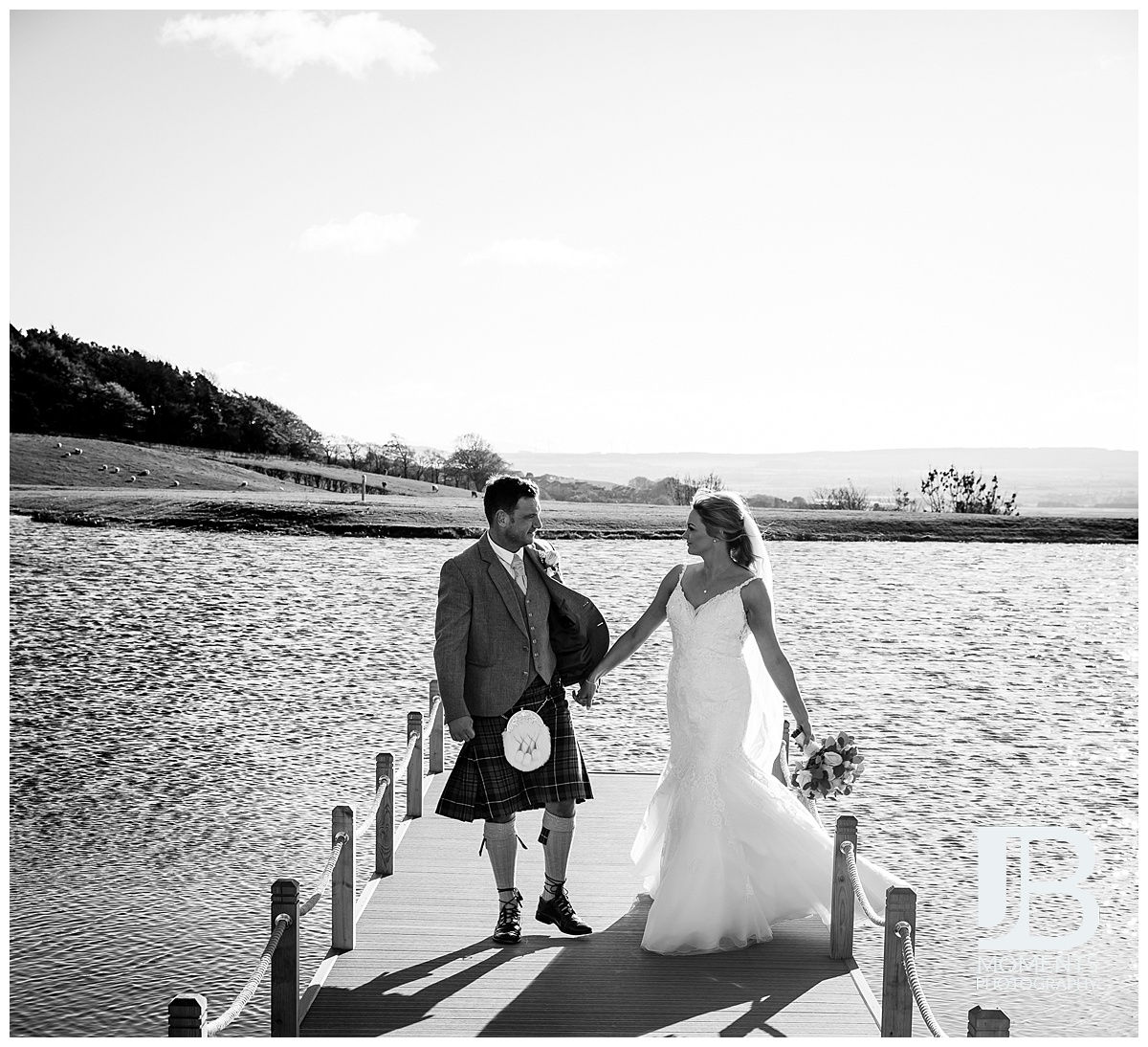 It was my first time shooting at this venue and having checked it out beforehand I had such plans for pictures of Christine and James and their kids walking by the reservoir and the bridal party in the pagoda. Ahhhh such plans! The Baltic weather stopped us in our tracks, well if I’m honest the bride (what a trouper) and myself were up for it but the kids point-blank refused to stay outside any longer than absolutely necessary!

The pictures of the new Mr & Mrs on the jetty were worth the cold weather though!

A Sensible Plan B

Being a premier wedding venue there was a plan B and Hannah the wedding coordinator suggested the slate wall back inside the room we had the service. Coordinators like Hannah are worth their weight in gold. She was so helpful all day 🙂 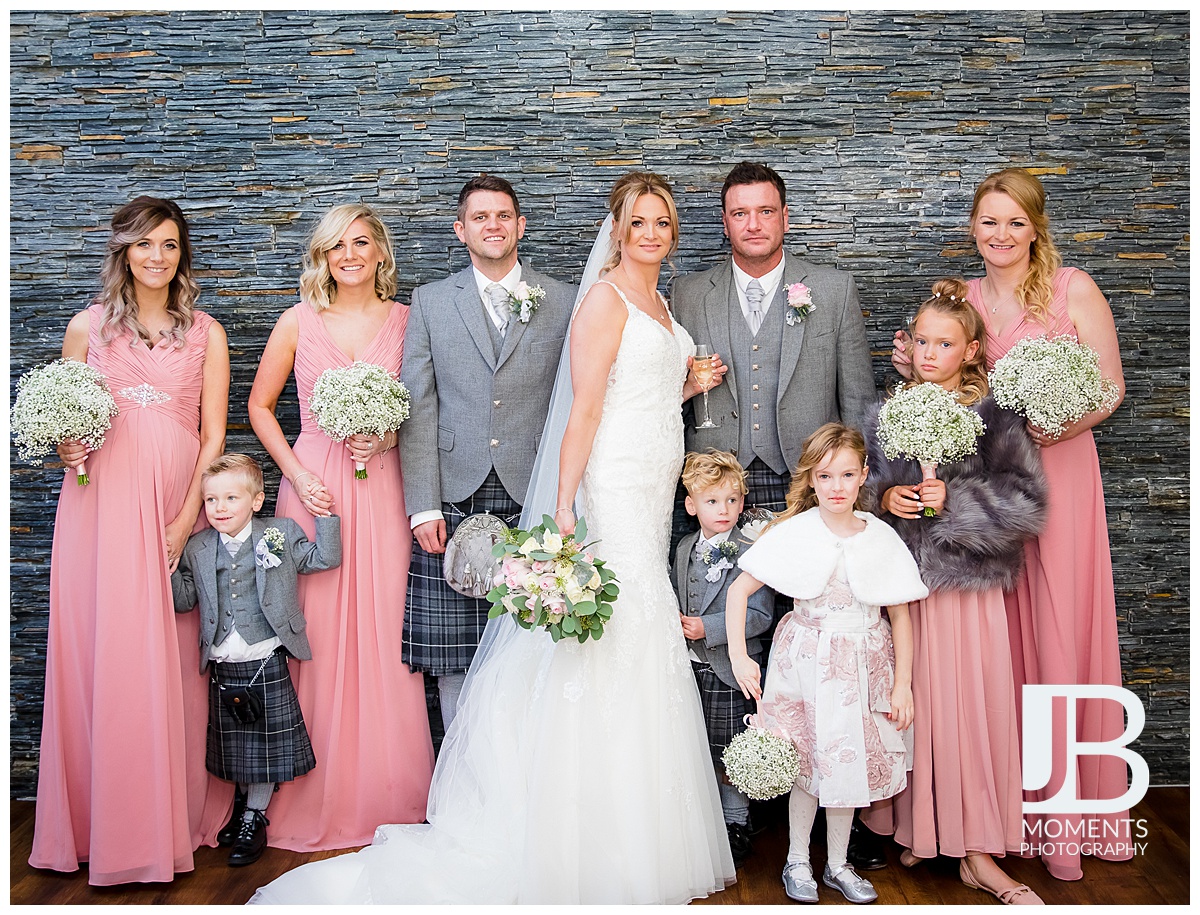 The wall was the perfect backdrop for this stunning couple. 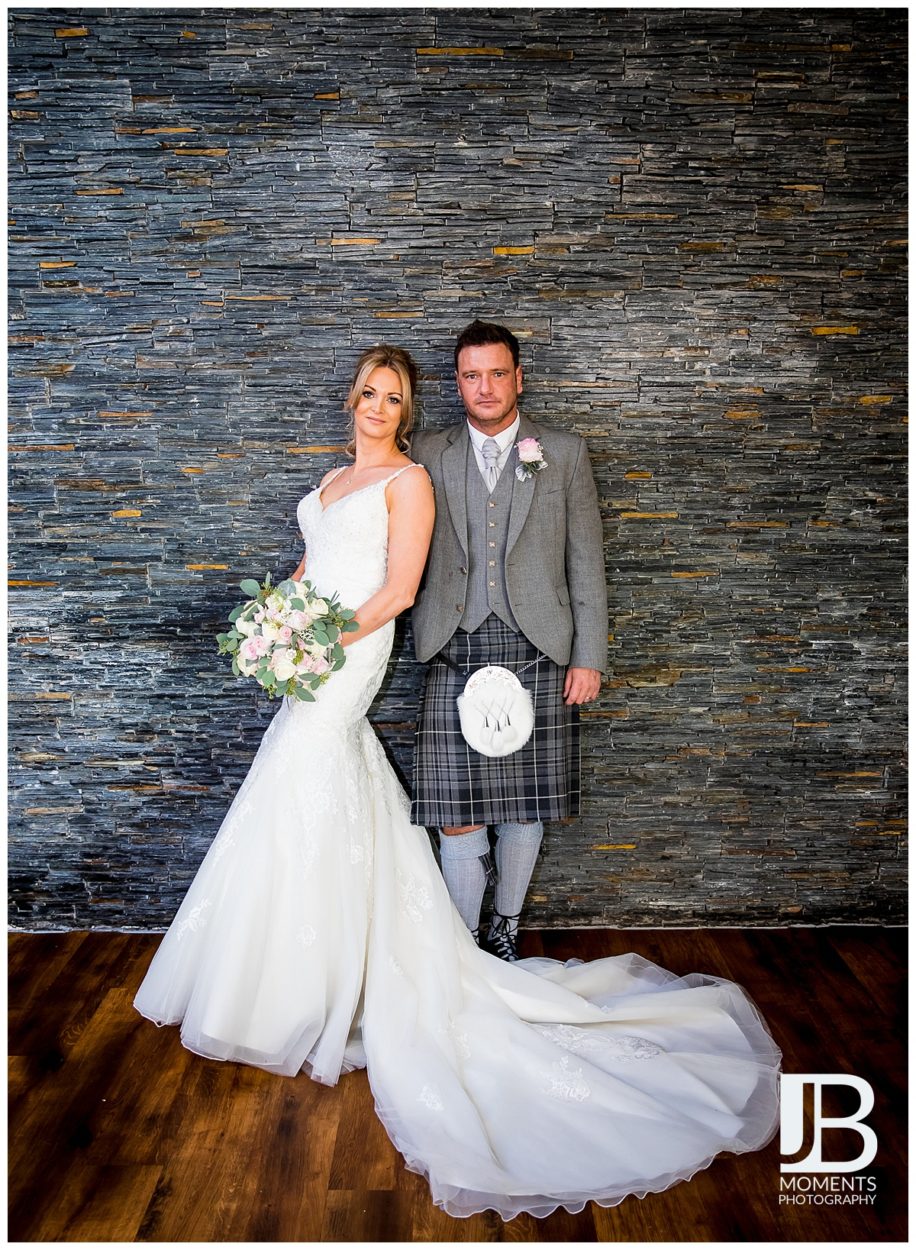 After the speeches and the meal, we braved the weather again armed with some sparklers.

Then all too soon it was time for the cake cutting and first dance and time for me to take my leave. You would never have known this wedding had been organised so quickly and as my last wedding of the year, it certainly didn’t disappoint. 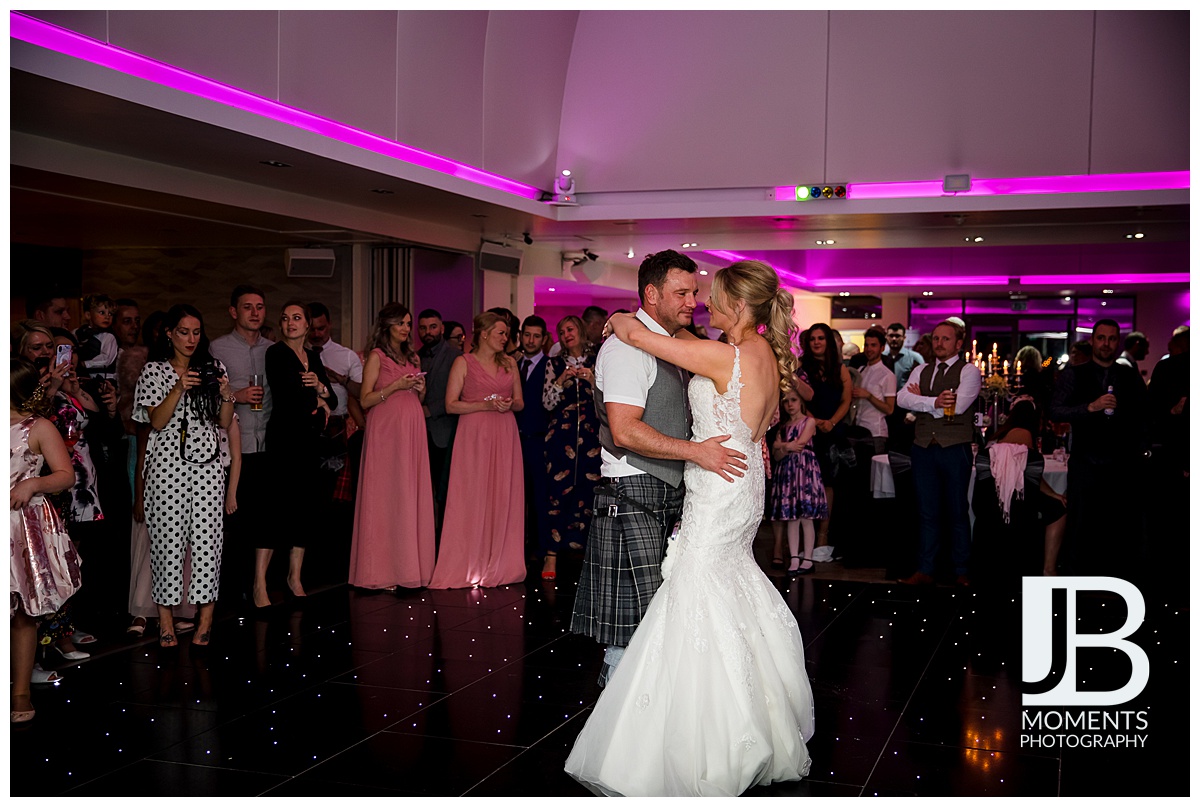 Congratulations Mr and Mrs Welsh and to all the other wonderful couples I’ve shot this year.