Who Will Marry You?

Let’s take some time to review the legalities of getting married in Scotland, just so you can make sure you tie that knot nice and tight. As with any legal commitment, there are hoops to jump through and paperwork to sort, but – if you have all your facts straight – this can be a painless and stress-free process.

The basic requirements for getting married legally in Scotland are the following: both parties should be single, divorced, or widowed; both parties should be above 16 years old and not related to one another, and at least two witnesses must be present. This means that you, your partner, and your two witnesses must sign the marriage register or civil partnership document on the day of the legal ceremony. This applies to everyone – whether UK nationals or foreign nationals.

Generally speaking, a civil ceremony is a marriage without any religious context but with full legal recognition.

A civil marriage can take place at a registry office or any approved venue – a list of which can be obtained from the General Register Office for Scotland. If you’re hoping to apply for a temporary approval for a venue of your choice (for example, your family home), you can contact your local authority for more information. You would normally give notice to marry in the district you’re tying the knot in, not where you live – this means you don’t have to be a resident of Scotland to get married there. The civil ceremony must however be performed by a registrar or an authorised assistant registrar.

You don’t need to exchange formal vows for a civil partnership, but you can do so if you wish. In fact, you can write your own vows, as long as you include the statutory declarations. When choosing your readings and music, keep in mind that there must be no reference to religion for either of these, and it will all need to be approved by your registrar before the day. Some are stricter than others, so make sure you have that conversation as early as possible in your planning! 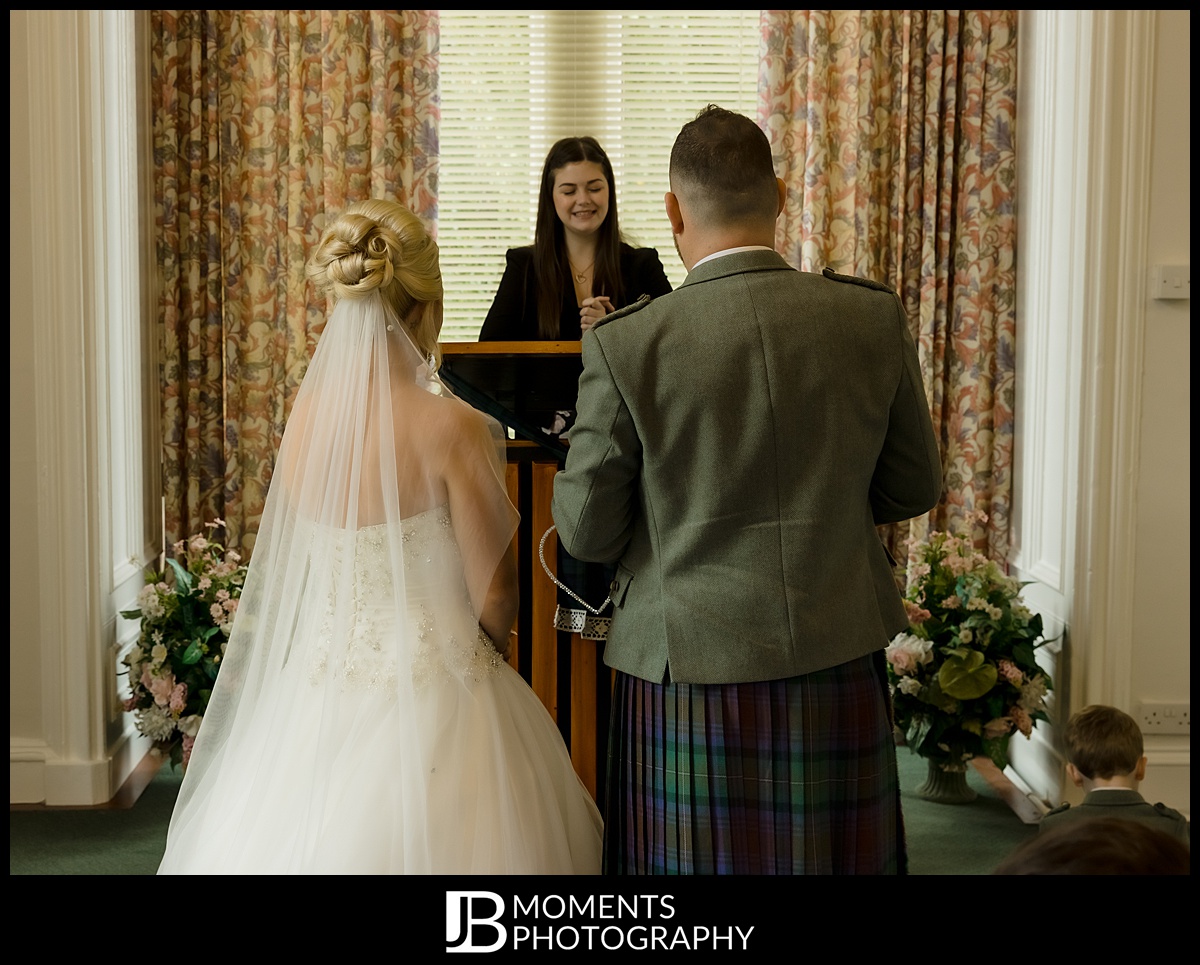 The basic eligibility criteria for having a religious wedding in Scotland are the same as for civil ceremonies.

You can currently legally marry in Scotland by having a Church of Scotland, Roman Catholic, Jewish or Quaker ceremony. For all other religious ceremonies, make sure to ask your celebrant, as you may have to arrange a civil ceremony as well in order to be legally wed.

For religious ceremonies, you and your partner will still need to give notice – but how this happens will depend on the church you’ve chosen.

Religious ceremonies may have restrictions related to specific dates, depending on the faith, and timing will also depend on the church’s schedule. For Church of England ceremonies, Easter and Advent (the lead-up to Christmas) are strongly discouraged – and if you do get agreement, there may be restrictions on certain hymns and floral decorations. In the Catholic Church, you can’t generally marry during Lent (the 40 days before Easter) either. Jewish couples can’t get married between Passover and Pentecost, during three weeks between July and August and on the Sabbath (Saturday) unless it’s two hours after sundown.

The content of the ceremony will be much more fixed in the case of a religious ceremony and will depend on the faith. You can’t typically say your own vows, and instead must exchange formal wording as instructed by the priest or vicar marrying you. Hymns and readings will usually need to have a religious context, although some priests are stricter than others on this front – just make sure you ask with plenty of notice, so you know where you stand and what your options are. 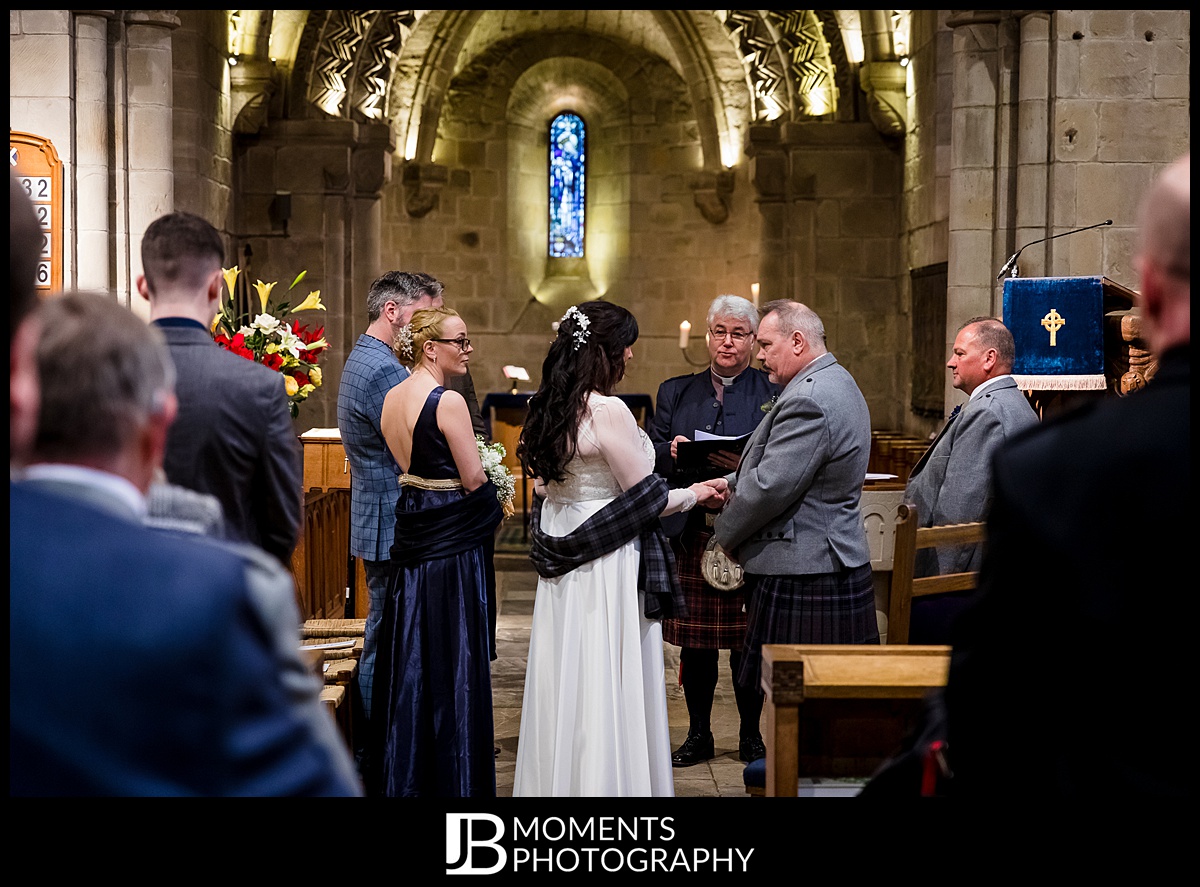 Humanist ceremonies are a wonderful option for couples looking to have a secular ceremony with more freedom to personalise their vows, readings, music, and structure. Unlike England and Wales, it is legal to have a humanist ceremony in Scotland.

So what are they exactly? In essence, a humanist ceremony is whatever you want it to be. It’s a way of standing up in front of your loved ones and making a public declaration of your commitment to each other, with no specific rules and no association with a religious faith. It’s conducted by a celebrant, who will work closely with you to create a meaningful ceremony that is right for you. There’s no requirement of any specific vows being said, and you can include any rites or rituals that you feel reflect your union and/or your spirituality (if any!). This may seem like a bit too much freedom, and if you don’t know where to start, remember that humanist celebrants are a great source of ideas, advice, and suggestions. There are no requirements or limits on length, date, time of year, and so on.

This kind of ceremony is available to all, both straight and same-sex couples, and you don’t have to yourself be a “humanist” in order to marry this way.

You can have your humanist ceremony anywhere, as long as your celebrant is happy to join you there – but do keep in mind that a religious building or register office is unlikely to welcome this kind of ceremony, understandably. Humanist ceremonies don’t have to take place in a structure that has a fixed roof – which means you can get married by a secluded loch, in the midst of a field of wildflowers, or anywhere that means something to you!

Finding the right celebrant for you is particularly important for this kind of ceremony, as they will work very closely with you both to design a ceremony inspired by your story. Speak to your wedding planner if you’re thinking of going down this route, so he or she can suggest some celebrants for you or check out the Humanist Society Scotland. Do keep in mind that humanist celebrant fees are typically higher than the fees involved in a civil or religious ceremony, so this option does require having scope for that in your budget. 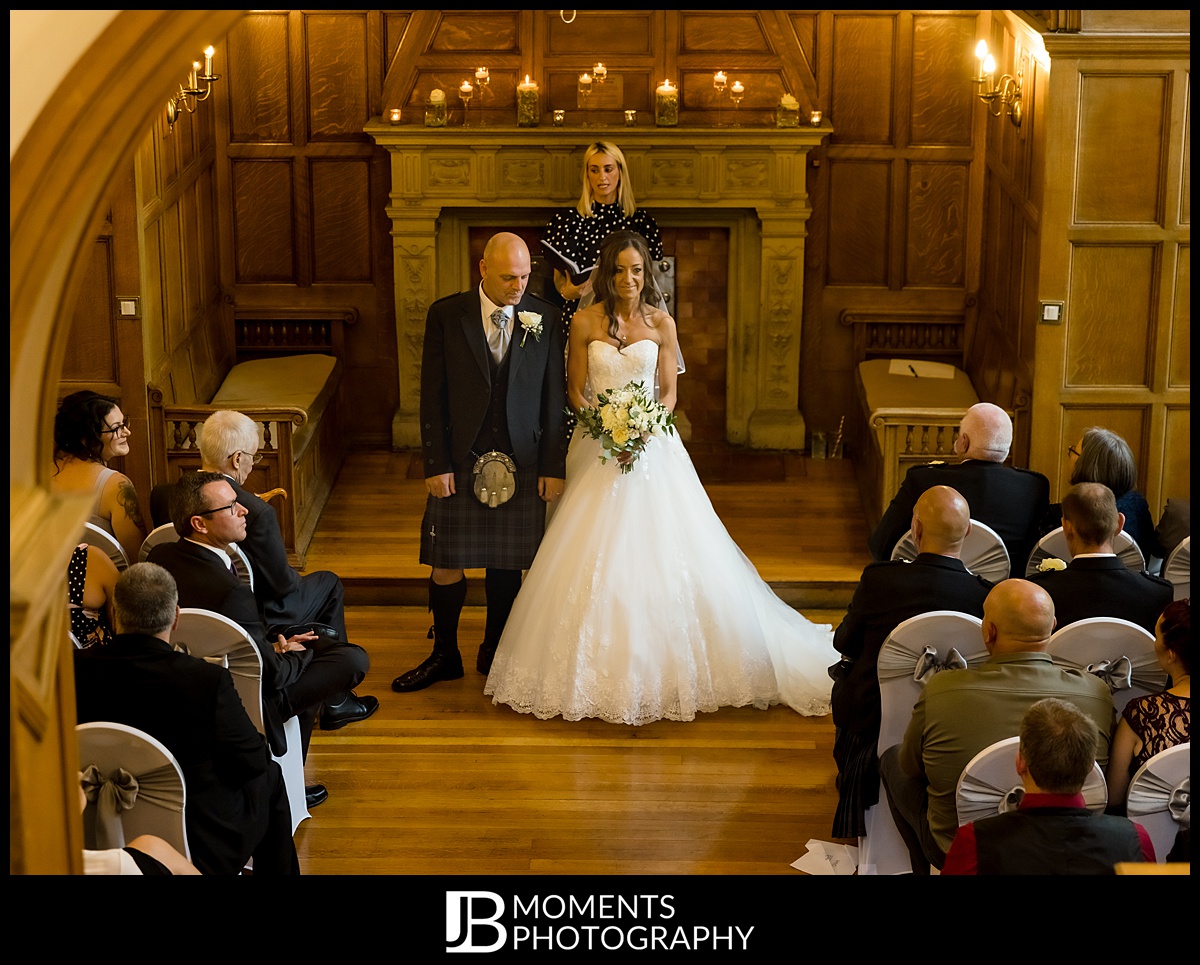 Other Stuff That’s Good To Know

A religious or humanist marriage can take place anywhere and venues don’t need to be approved, as long as the minister/religious official/celebrant agrees. Unlike in England and Wales, it’s the celebrant, not the venue, that’s licensed for marriages, which is why there is much more freedom regarding ceremony locations. In a religious wedding, a minister, clergyman, pastor, priest, or other person approved to do so under the Marriage (Scotland) Act 1977 must perform the wedding.

Once you’ve decided you want to marry in Scotland, you will both need to complete and return a Marriage Notice form (which tells the local registrar you want to marry). This form and any other documents must be returned to the registrar at least 29 days before your wedding. If you’re having a religious or belief ceremony you’ll also need to collect the ‘marriage schedule’, which is a form you sign during your wedding ceremony. You can collect this from 7 days before your wedding It will need to be either you or the person you’re marrying collecting it in person. This marriage schedule needs to be returned to your local registrar within 3 days of your ceremony.

You can find out more about processes and criteria for getting married in Scotland from official sources here and here.